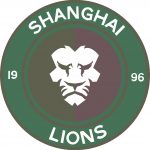 In 1996, Brian Mcloskey founded the Shanghai Lions amateur football club. Back in the days, the team consisted in a mix of various nationalities. This team was succesfull in the Shanghai International Football League (SIFL), winning the league 4 times as well as several cup competitions.

In 2003, Kelly Jacobson started the Shanghai Premier League (SPL) on a brand new field in Jinqiao linked to Dulwich International School. In the early years of this league, the Lions clinched as well several titles. When Brian Mcloskey left China, Freek Boelen who was already managing the SPL took over the management of the Lions.

In 2010, the Lions made a leap forward when they merged with the french team "Les Bleus". Having more players we started to call ourselves the "Shanghai Lions Football Club". Back then, our ambition to became to establish the best amateur football club in Shanghai. For the 1st time, we participated in both SIFL and SPL leagues. Wining both leagues was one of the highlight of that period.

In 2013, we created the "legends" for players over 35 years old to join the SPL veteran league. There as well, we clinched the championship several times.

In 2014, we started our youth academy with a new Lions U19 team playing in the SPL youth league on Friday evenings.

In 2017, we took over the 14 to 18 yo category from Century Park FC and created our U18 & U15 youth teams. Program with training twice a week on full size pitch and official games on saturday in the SPL youth leagues.

We remain a competitive amateur football club with a long history in Shanghai. Our ambition is to keep developing this family friendly "club culture". On the football side, we aim to push our members becoming better players no matter their age.

As we remain an amateur football club, we’re always looking for sponsors to help us in our ventures.