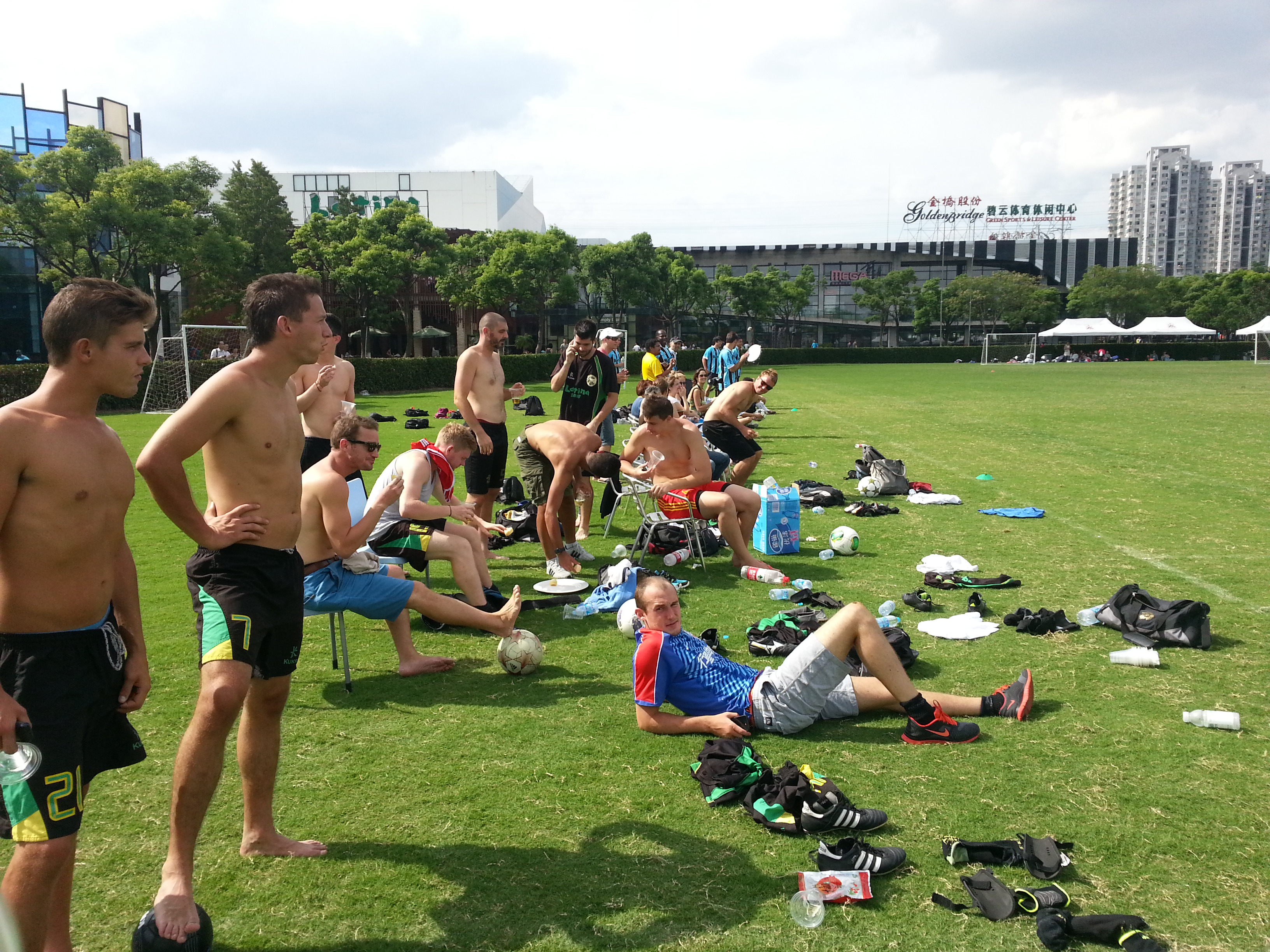 The new Shanghai Premier League [SPL] season officially kicked off last Sunday 01st of September, 2013. Great weather and a great pitch all the right conditions for a great game. The Lions welcomed some new players and Super 48 was a good opponent to get back in to shape. The first half we created numerous chances which was positive but we failed to finish them which was something to improve. 1-0 half time by a debut goal of Big John, not surprisingly from a corner and the second half we showed them who the Lions really are and scored another 8!  Three from Joel, Azz, Romain, Ben, Adam 2 (should have been 8 for him). Thomas felt sorry for the Japanese and gave them a goal back claiming that his gloves were too slippery! After the game we watch Gremio beat Japan 5-3 and enjoyed the beer and cheese beef on the field!

Next up is our first and only Shanghai Lions Cup! 14 teams will battle this weekend at Waigaoqiao for the trophy! We have two Lions teams and all Lions are welcome but you need to register on line asap, games are Saturday and Sunday! Meanwhile at the same venue the creme de la creme of the Lions will defend their Shanghai Masters title for veteran.

Let’s make next weekend a LIONS weekend but before that don’t miss the training on Wednesday!