It was a weekend with big games ! The weather was still good and actually it was hot to play with 28 degrees on Sunday !

We as well received our new lions kit and all players were happy with the new out fit, well done Simon for organizing this !

On Saturday we were up against our old rival the Shooters this game we can consider as “El Classico” of Shanghai due to the history of both teams. Before the game the strategy was explained by the coach and we were set for the clash. For some reason the Lions started nervous most likely due to lack of two experienced defenders. A trade mark shooters move by Mcgoo on the left wing gave them an early lead as his cross landed on the head of Zippy and dropped in our goal.

It was a wake up call and the Lions started to push forward. Azz came close as he saw is effort hit the woodwork however he got hit on his foot and unfortunately for him and the Lions he couldn’t play on. The Lions equalized by scramble goal with a final touch of Allan. Shooters had a few dangerous corners before half time but the Lions got away with it. The second half saw a different game with the Lions dictating the play and fighting for every ball. The Shooters were pushed back and hardly made it over the middle line ! Where the Lions tried to play football they were stopped by hard physical play from the Shooters. In the end the best opportunity was for Thomas who already passed Chris the Shooters goalie only to see his shot cleared on the line by a Shooters defender.

It stayed 1-1 and our players felt this as a loss but the fighting spirit in the second half was great and we are looking forward to our next game on Saturday !

On Sunday we played ERS who have a strong team this season. They have very fast forwards and a solid defense. The lions welcomed a new goalie who came over from Sino Ball in Hangzhou and played in the new white kit ! ERS scored first

on a counter attack. Lions got a lucky goal back and went into half time 1-1. While pushing forward and looking for the winner the lions were exposed at the defense and couldn’t deal with the superfast counter attacks. In the end the Lions were not playing well on all fronts / attack/midfield/defense. It was a deserved loss of 4-1.

We have a lot of hard work ahead of us but with the help of the training session of Azz and Simon we are confidence that we can get back on track ! 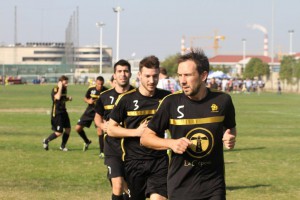 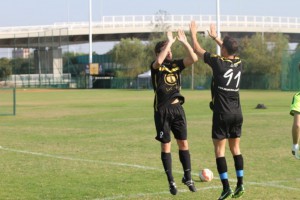 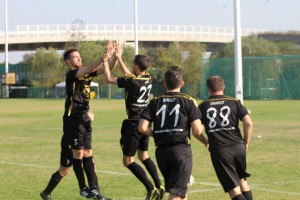 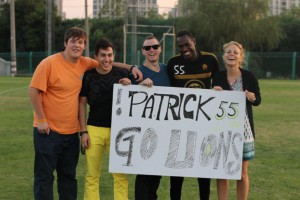 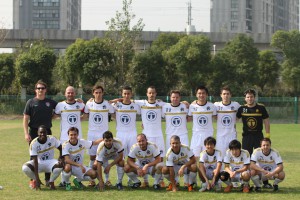 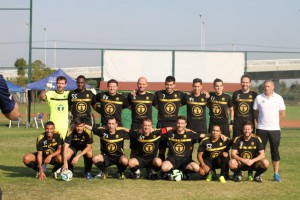 Due to the working Saturday there were no SIFL games this weekend but we took the chance to organize a game for the Lions Youth versus the Japanese school. The Japanese were playing their traditional counter attacking football. There were plenty of goals partly because the referee didn’t know about the offside rule. In the end a good practice game for both teams.

On Sunday the veterans saw their game against Scotland canceled by the Scotts this was the second time and not good for the moral. Luckily Super 48 saw their opponent also not turning up and we played a great friendly against them. The final score was 7-2 for the Lions and Jeff out of all people scored a hat-trick. A times the Lions Legends played good combination football and the game was a good preparation for the Master Cup on December 6th. This cup is organized by Super 48 and runs its second edition. The Lions aim is to get the Masters Double this season !

After the veteran game it was time for the SPL Lions to play Super 48 as well ! An emergency chat by Simon on Saturday asking players to be available to play saw a tsunami of “Not available” replies. I hope that this was an exceptional case and like to remind all the Lions that our strength has always been the willingness to help each other in case of need !

This time the help came from the Veterans Fred / Jeff / Freek / Dan, who already had a game in their legs and were asked to play another full game !

The strong wind was an important factor and we needed to score in the first half with the win in our backs. We came close a couple of times but the final finish was not there. Going into half time 0-0 we knew it would be hard with the strong wind against us. Super 48 is a much improved side and they kept bringing the balls into our box for us we could only sit deep and play on the counter. A smart move by Terao resulted in a hand ball in the box and the penalty was converted by Dave who kept his cool and shot the ball in the left top corner. After that Super 48 got a couple of free kicks and over  10 corners and one brilliant safe by Dan and 4 yellow cards for the Lions and finally the final whistle, 1-0 win ! This game was won pure on character and spirit !

We organize a friendly game on our training field this coming Wednesday against a Chinese team who  likes to join the SPL and it will be good for us to get some match fitness after the long holiday break. 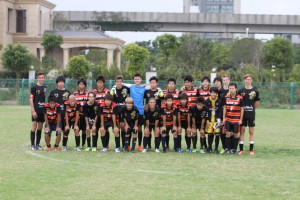 The holidays in China are a good time to slow down a bit from our hectic lives in Shanghai ! For the players it’s a good time to heal some of the injuries however once the holiday is over we will be back in action on many fronts !

This Wednesday we have our training for the seniors from 2000-2200 in Puxi under the capable hands/feet of Simon and Azzeddine and our youth will train at Century Park from 1800-2000 under supervision of Adam. Training is key to our succes and the more we train the better we will be as player and as team !

This Saturday our Lions Youth will play the Japanese school at 900 AM at SCSC (Waigaoxiao) a good test against a well organized technical team. As it’s a working Saturday there will be no SIFL game this weekend.

This Sunday we have the Lions Legends in action at 1000 AM at SCSC (SRFC changed their name into SCSC = Shanghai Community Sports Club). The opponent will not be a walk over as its Scotland who are motivated to give us a hard time !

From 1200-1400 we have our SPL game versus Super 48 and it will be a good time to show that our loss and end of our unbeaten run was an error and it should motivate us to start a new run !