What a beautiful weather it was this weekend !

The big game was on Saturday where the Lions played their old rival the Shooters. With the hot weather we knew it was not going to be easy especially because we had some players coming back from injuries. The lions got the first good opportunity within five minutes on a fast counter where Azzeddine put Allan in scoring position. His shot was saved by Chris Banners. In the first half both teams were skipping the midfield and tried to score on fast breaks. It was a Lions corner that found Jack’s head who brought to ball to Danni’s feet and he didn’t hesitated one second to blast the ball in the net. It was 1-0 at half time but we knew the second would not be easy. We started well and in a spell of twenty minutes we dominated the game and a great through ball from Azzeddine found Danni who had no problem to make his second and a few minutes later the Shooters didn’t defend well and Danni completed his hat-trick ! Leading 3-0 against Shooters should be enough but it turned out different this time ! It started with an unnecessary foul of Dim causing a penalty although he stopped the penalty it give the Shooters hope. A great left footed strike from one of the Chilean brothers put the Shooters back in the game. They kept pushing forward and the Lions had to defend more and more. The Shooters scored again with a low strike in the corner and were full of energy whereas the Lions tried to hang on. For the spectators it was a great game to watch not for the Lions as they conceded their third goal 3-3 ! Our last chance came by a free kick but it hit the wall !

It will be a game to remember and hopefully it was an on time wake up call for everybody. The art of life is to make something positive out of a bad situation ! That’s exactly what we need to do we have 4 games to go in the SIFL league and lets win them all !!

Our next game will be on May 9th the Hebiguchi Cup Final let’s all train hard to get our first silverware of this year !

In the late afternoon our Lions U17 played Aksil Puxi ! It appeared to be a hard game as by the absence of  a big part of the squad as they were in Shenzen for a school tournament  and some late cancelations due to injury the Lions had to play the whole game with 6 players versus 7 of Aksil. Aksil took an early lead but the Lions kept fighting their reward came with an assist from Rick who put Bank in a position to score the well deserved equalizer. Near the end they almost clinched the winner when Rick saw his effort going wide. Great performance by I-zac, Francesco, Calum, Rick, Blake and Bank who showed great spirit ! Well done Young Lions !

On Sunday the weather was even better ! The legends with a massive squad were up against England ! Surely no walk over it appeared to be ! The level of the Veteran league has improved and teams are getting more serious. The first quarter it remained goal-less and the in the second quarter we came close a few times especially when we got a penalty awarded Charles stepped up but blasted the ball on top of the cross bar…….! Usually the third quarter is our strongest and it looked like it when a Rommi cross found Tomas who nicely scored in the opposite corner. But soon after we got punished for not defending well and England equalized. People who know Chris Banners the England goalie for many years know that he can kick balls anywhere he likes and this time with the help of some wind and a good bounce the ball ended in the Lions goal ! Now we found ourselves in a little trouble 2-1 down and 20 minutes to go ! We regrouped and put the team in order and started to play our best quarter. Great combination lead to the equalizer 2-2. We even made the 3-2 when Michaels header went in but the referee couldn’t see it (Time for goal line technology !!).

Overall a great day for the Legends especially because so many legend brought their kids to come and watch and play.

It’s on those occasions that you realize what a great Lions Family we have.

We are looking forward to the next games ! 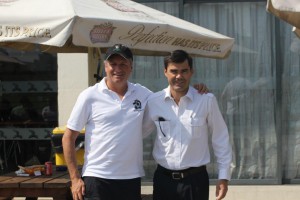 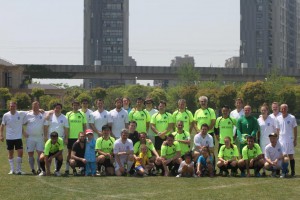 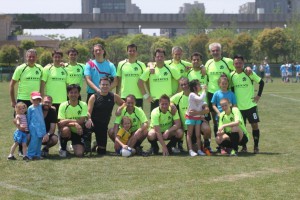 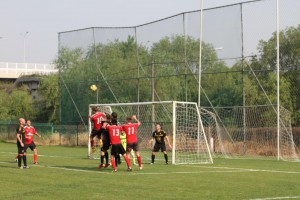 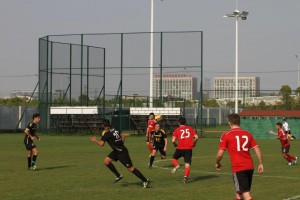 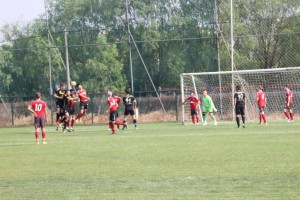 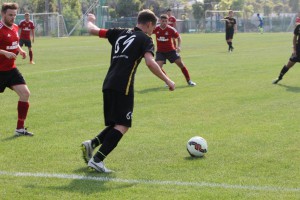 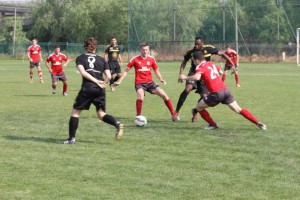 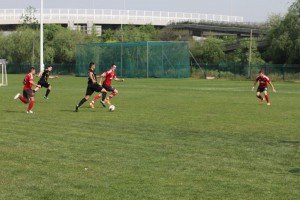 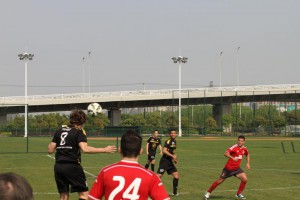 Where the weather was great on Saturday on Sunday it was heavy polluted with no wind and not much oxygen in the air. We had many new faces in the squad but we were motivated to get a result. The Cowboys played their usual tactics by sitting deep and on rare occasions counter very quick. So we had possession but were unlucky to lose Jeremy after 10 minutes with a hamstring injury. As this was not enough for us we also lost Patrick in the first half with an ankle injury. Charles almost scored with a header as per his version 1 cm wide from the goal and Dave hit the cross bar. A good save of Radouane kept us at 0-0 at half time. In the second half we couldn’t play with the same pace as in the first half and the Cowboys got what they had been waiting for the whole game a penalty on a fast counter. Zhuang had no problem to convert. In the last 15 minutes the Lions showed good fighting spirit and pushed forward. Dave got two great opportunities to score after crossed from the side put him free for goal. Radouane our goalie came forward and almost scored with a header but the cowboy’s keeper tipped the ball out of the top corner.

We deserved something out of the game but didn’t get it but we were pleased with the performance of the new players who did really well for their first game with the Lions !

Next Sunday there is no SPL game but the Legends will play the all important game versus England !

The weather was great on Saturday and the key for us was to take the game agains Reunited 3 seriously. Cup ties are always different and especially when you play against  a second division teams you need to be alert. The Lions started well and took control from the beginning it was a great strike of left defender Nicolas which opened the score. Benji our captain was unlucky to get a knock on his upper leg which left him out of the game. Azzeddine in fine form added two more goals before half time. In the second half we kept playing and Tomas added the fourth with his head. Reunited got a goal back which sparked some hope but in vain as a great control from Allan after a long pass over everybody put him one on one versus the keeper and he made the final score 5-1.

After our game the other semi-final took  place and Shooters beat Reunited to set up a classic final Lions vs Shooters in June.

Our next league game this Saturday will be against the Shooters. This will be a key game for the Championship as a win will put us one step closer. We have 7 games to go out of which two cup finals and we are in a position to win the treble !

Let’s go for it and of course we expect all Lions to  train this Wednesday and to prepare well for the BIG game on Saturday !

The sky was blue and the temperature around 22 degrees and the pitch was green ! We had a big game in the SPL against Gremio a strong opponent with a mix of Chinese and Brazilian and African players. We had three new players in our squad one of them was only 15 years old Chris and he came all the way from Suzhou to play.

We started a bit nerous and Gremio capitalized within the first 5 minutes as we let one of the fast African strikers go one on one with Ethan. However after we were 1-0 down we started to control the midfield and took the game in our hand. We had our strongest performance of the game in the last 20 minutes of the first half. First we got a penalty which Dave converted with his new orange boots. Our second goal was a great build up from the midfield and crossed in well nicely finished by the inform Tomas to give us the lead. Radouanne our new forward had his one on one with the Gremio goalie and stranded but Tomas was there to score his second on the day ! It was 3-1 at half time and a well deserved lead. Second half we kept control over the midfield and should have gotten a penalty when Dave was fouled in the box. On the other  side Gremio had few counter attacks and it was a surprise strike slicing thru Aki and Garret which brought Gremio back in the game. In the end we held on and got a well deserved win. It was a very positive team performance with all the new players playing very well. We have 4 games left in the SPL and lets win them all ! Next up are the Cowboys at Jinqiao coming Sunday 1300 kick off !

On the other field at Waigaoqiao the Legends were playing a friendly against FC Ferie a new Japanese side. In the first 20 minutes the game was even but we opened the score with a good cross from Freek finding Alp who had no problem to finish it ! In the second 20 minutes we didn’t manage to score and it was obvious we needed to make some tactical changes. We pushed Jeremy to the midfield and Jamie in the back and above all we put Fred on the bench. Therese our new female player from Norway got the reward for all her runs and finished nice in the corner after she found herself one on one with the Keeper. A classic legendary one two between Jamie and Freek also let to a goal as the goalie couldn’t stop the powerful shot of our President ! We scored 4 goals in 20 minutes to make it 5-1 while Fred was watching from the side line ! In the last 20 minutes we managed to score another 3 goals but not by Fred our striker……..he left Waigaoqiao right after the final whistle whereas the other Legends enjoyed the sunshine and the ice cold beers. Laid our new player had his singing performance on the table with a slow start he sang himself through a new edition of Hotel California ! The Legends next game will be on April 26th1100 kick off versus England.

In the SIFL we will play Reunited 3 for the SIFL semi cup final on Saturday !

Let’s all come to the training where Azzeddine and Simon will take extra care of you and get ready for the big games ahead of us ! 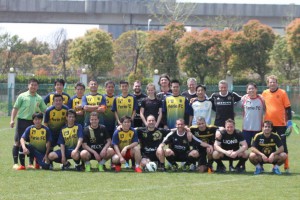 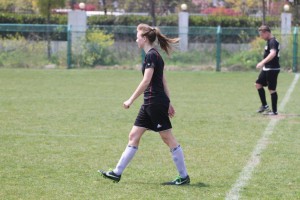 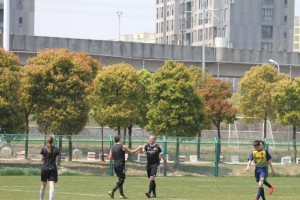 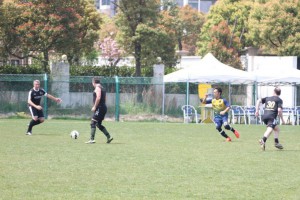 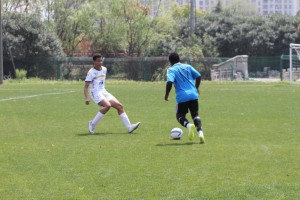 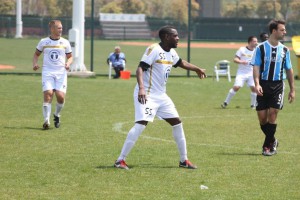 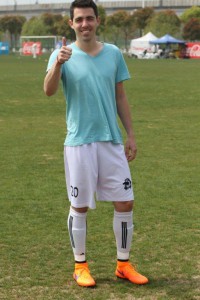 We are very pleased to announce the arrival of

We wish her parents Julia and Charles a lot of happiness with their new family. 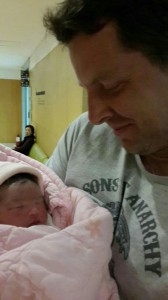 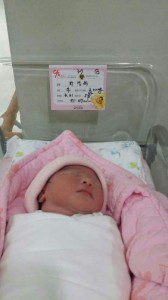 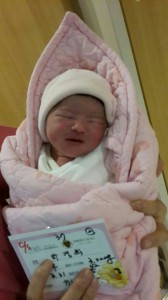 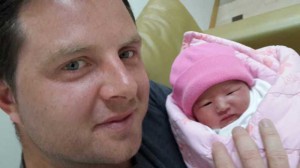