Finally it was a beautiful day and we played on the perfect pitch of Century Park. With a 17 players strong squad on paper all looked good ! However for whatever reason we only had 11 players when we kicked of ! We were up against the youngsters of Century Park who needed to win to keep a very slim chance of winning the title. For us a draw would be enough so with a thin squad we needed to play smart and use our experience. That’s how it went in the first half we were patiently waiting for one deadly break through and tried to make the opponent tired by keep possession of the ball. Danni came very close but his well placed shot went wide. Century Park did come close a few times when they found a hole in our midfield but they lacked the final finish. It was 0-0 at half time and we knew we can make with another 45 minutes to go ! It was a reckless challenge of one of the Century Park players on Mathieu that brought them down to 10 men. We didn’t change our game plan and with more space between the forwards and defends we started to get more dangerous on the counters. It was Danni on the run and he was brought down on the edge of the box. It was a perfect spot and the Century Park goalie didn’t position himself well so Danni blasted the ball in the net ! It lifted our spirits and we could sense that we wouldn’t give it away ! However the referee had other thoughts when he decided that a perfect tackle of Jack was a penalty for Century Park. Dim chose the right corner but couldn’t stop the ball. We kept our calm and that’s one of our biggest strength as if we get a set back we respond on the field and within 5 minutes a super through ball from Danni found Azzeddine who out ran the defenders and passed the ball to Felix who needed two shots to simply put the ball in the net ! Century Parks players heads were down and we started to enjoy the moment. A foul on Azzeddine in the box gave us a penalty in the last minutes of the game and our Captain Dave was there to start the party with good strike. It was 3-1 the final score and champagne was opened and together with some legends who came and watch it was party time ! Well deserved title as we scored the most goals and conceded the least in the SPL. Great team effort on the day with such a thin squad !

It was a great end of a great season for the Lions winning both the Saturday (SIFL) and the Sunday (SPL) leagues in Shanghai ! A big thank you to all the players and players who left us during the season and to the coaches and management and supporters for this great achievement ! We can be proud to be a lion and Mondays are always good for Lions !

Now it’s time to party and enjoy some time to relax after all the hard work we did during the season ! 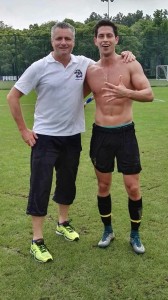 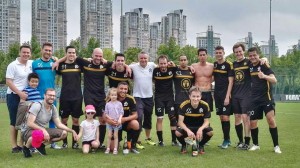 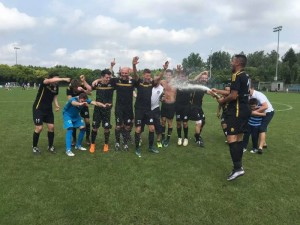 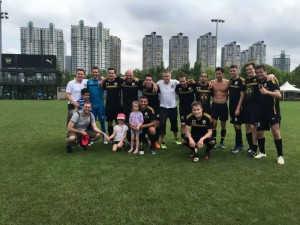 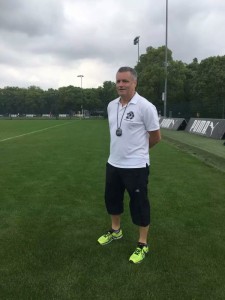 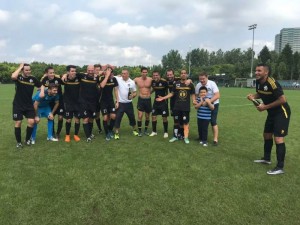 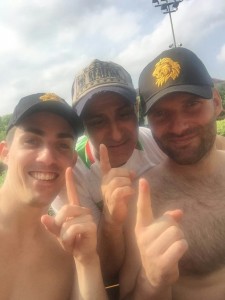 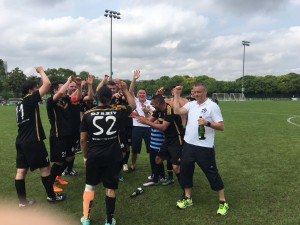 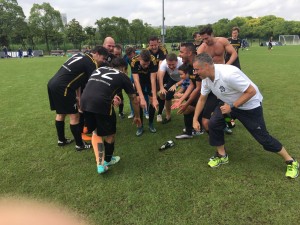 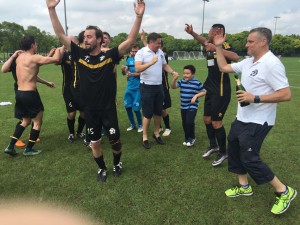