I will not write about each Lion who decide it is time to move back home but I am happy to make an exemption for Jonny. Jonny played the last game for the Lions last Sunday before he will become the new Micky Mouse in Bradtford (see picture) ! 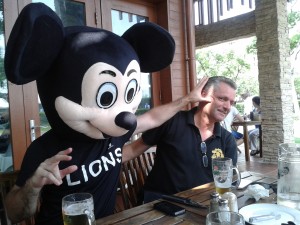 Jonny was an interesting character a typical UK lad who would straight fit into the profile of the Shooters, Marlins, Anzacs and Voodoo but he had other plans. He joined the Lions. It’s still an unsolved mystery until today why he joined us but maybe it was the fact that he didn’t speak and understand a single word of French.

In the early part of his Lions Career he struggled to get up after on Saturday morning he went pub hopping the night before a game and he would find team mates knocking his door without getting any response. If he would wake up it meant he never went to bed and went from the bar to the game not before having visited the toilet for at least an hour to unload the extra weight !

The turnaround came when he celebrated his 30th birthday in a bar which had its opening night on that day and the next day the pub closed down and never opened again ! We got him an alarm clock and he never was late again. Actually he became a valuable player  of our first team for several years and his capability to run mainly from the left flank thru entire defenses made him a transfer target for other teams. He was a perfect character for the mix of the Lions !

But Jonny was persistent he liked the Lions and smelled success. Success came for him when he came on as a substitute in the 70th minute of our key game against our old  rival the Shooters. Within two minutes he scored two goals and gave us the win and now we know why he chose the Lions we won almost everything what there was to win in Shanghai after that game. Jonny never complained about being a substitute as he knew that in a short spell he can make the difference in a game. He even could fly and score from corners despite him not being taller than the corner flag. Of course nobody marked him but I must admit I have seen him flying in the sky ! He was always ready to give some coaching advise and even started to speak a few French words at the end of his Career !

During the SIFL Champion Ship Celebration his dress shirt was ripped into pieces by el Presidente himself !  Why Jonny’s shirt ? Why not !!

Because it was Jonny “The Special One” ! 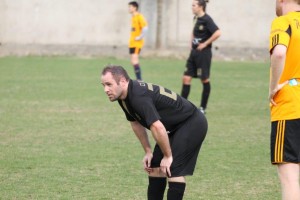 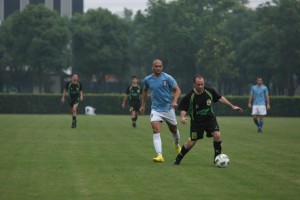 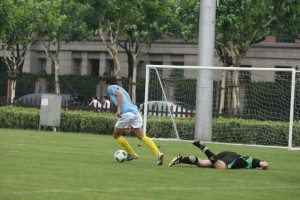 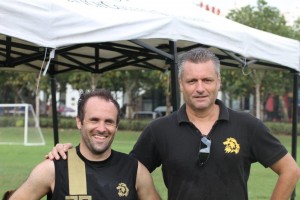 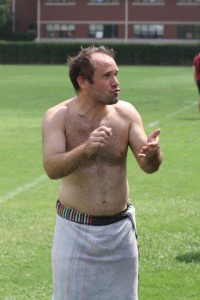