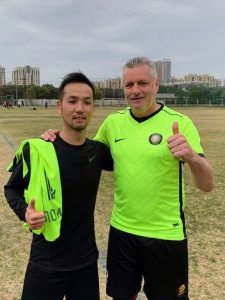 Last Sunday, it was pretty cold with a nasty seaside breeze over our neck. After last weekend’s severe defeat versus Emerald, it was necessary for our legends to put a solid performance in order to put our heads back on track. While we had a serious squad already, Tomas did a good scouting job bringing 3 new players for a try-out: Ronaldo as a goalkeeper, Bobo as a local defender, and Hira-san as the brother of Hiro-san 😉

Our intention was clear from the beginning: a clean sheet and a lot of goals! However, in the first 10 minutes we didn’t play well and our opponent Strosso was much more aggressive than us. Disaster struck when stand-in stopper Sylvain got surprised by a quick step over from the Strosso attacker putting his teammate one on one with our goalie. 0-1 behind not a good start for the legends… We did wake up and hit the post twice while Julia hit the crossbar… It looked like a spell of bad luck was haunting us. However, a long-range missile from Tomas ended the deadlock and we went 1-1 after the first 20 minutes.

There was a hard team talk needed to get the players back on track and what was displayed in the next 20 minutes was one of our best performances of the season. We got our defense organized and Strosso hardly came out as we put the pressure on them. Aki scored his first goal for the Legends and Tomas scored his second goal of the day. FL finally scored a header coming straight from the bench on his first ball. Last but not least our WOM of the match Julia scored her first goal for the legends with a penalty. Super turn around of the match and a joy to watch. 5-1 for the legends at half time.

In the next 20 minutes, we tried to keep playing. Credit to Strosso who never gave up. Aki scored his second and Strosso did get a nice goal to make it 6-2.

In the last 20 minutes, Tomas scored his hat trick to make a final 7-2 win for the Legends.

Legends are now back on track. Next up will be Scotland after the Chinese new year on February 21st, 2021. 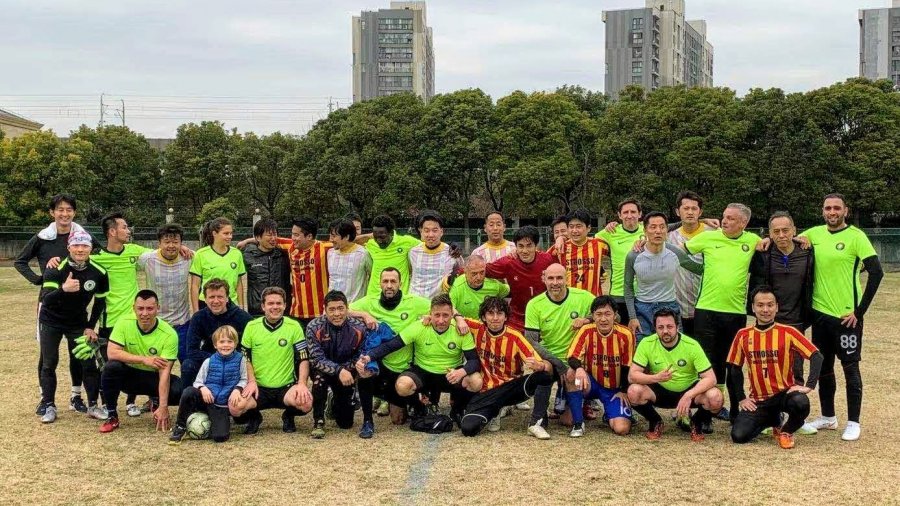 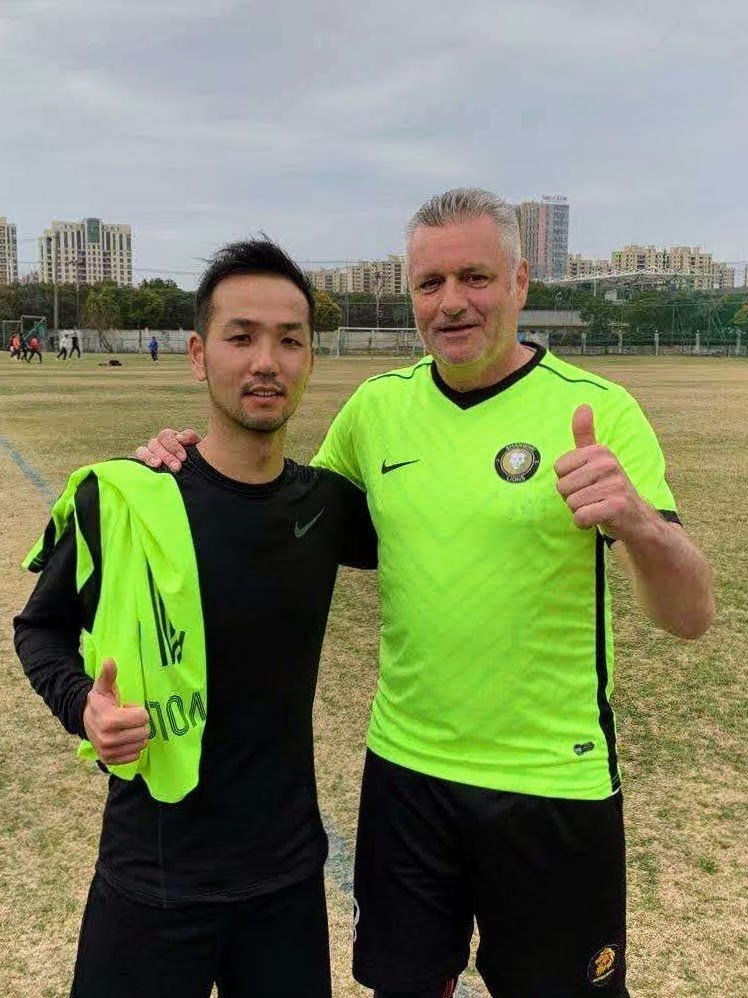 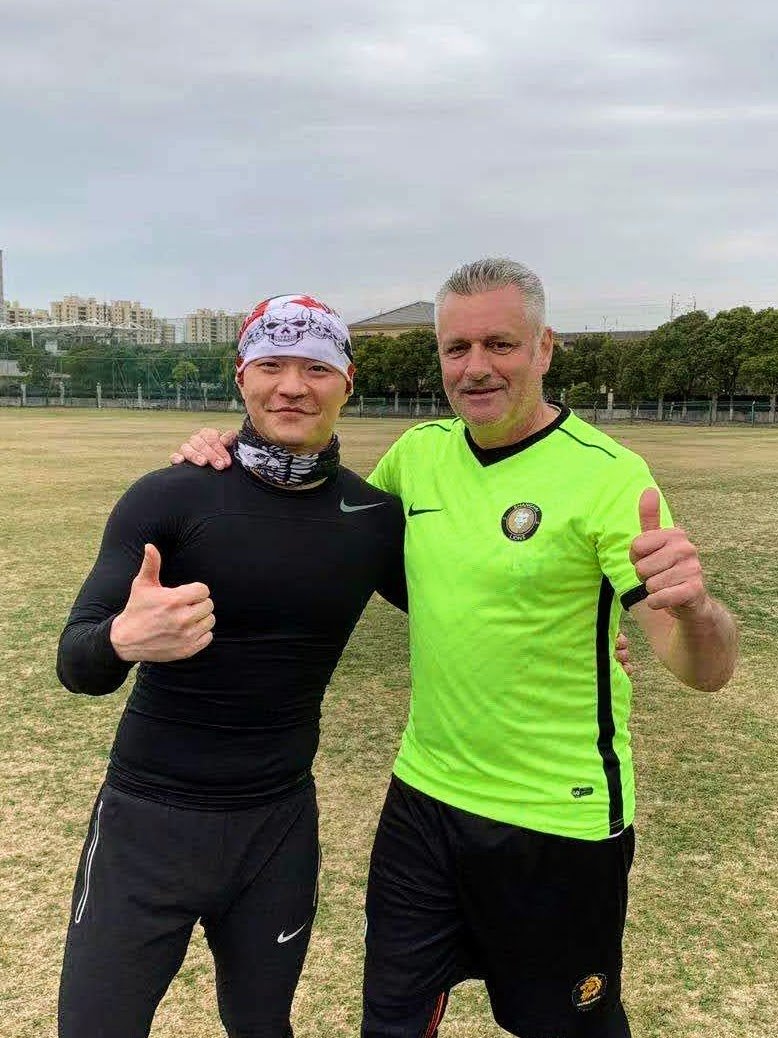 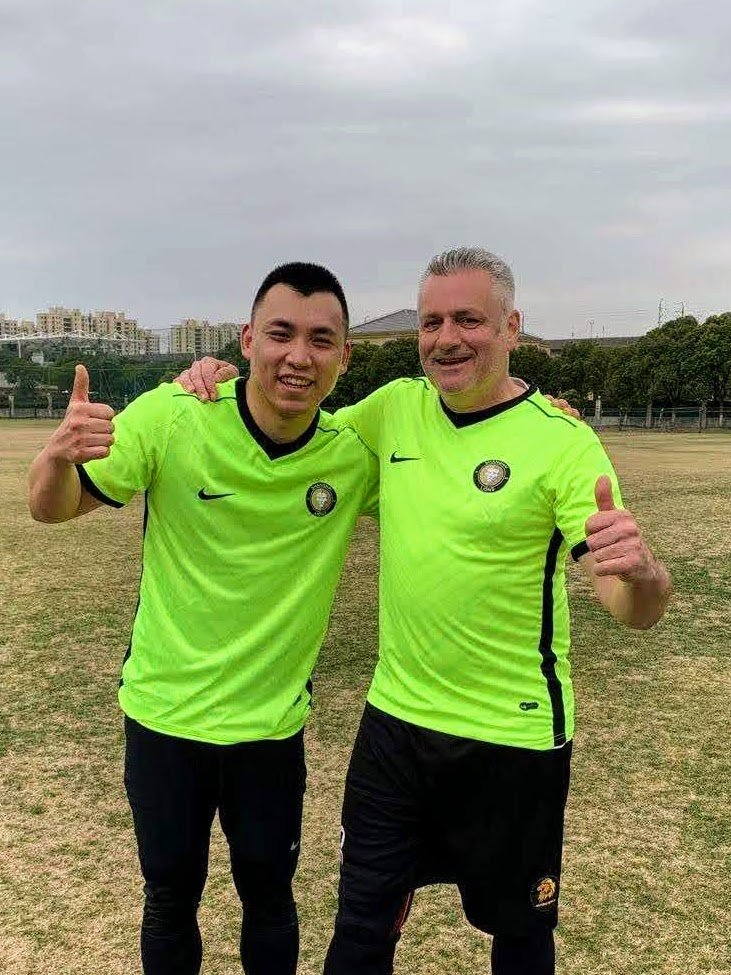