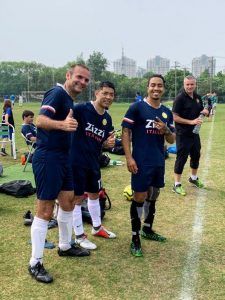 On both legends and Emerald’s side, all players knew that the loser will see its tittle hope fade away. Therefore, it was good to see many legends arriving early for the 09:00 am kick-off. Unfortunately, that was not easy for Kevin as he had to work until the late hours and could only arrive with one hour’s sleep… Not ideal given the hot and humid weather and the strength of the opponent but it shows his character to still arrive just on time for the match!

Our game plan was 4-4-2 with our mind on defending first so that we could come out without conceding and then look for the counter opportunities. Also, it was highlighted that in this game the team which would score first will have the upper hand in the rest of the match! Defensive wise we started well as we played very compact and didn’t give them space however in the build-up which usually is our strong point we lost the ball after two passes. Emerald had just one shot which was off target in the first 20 minutes and we got some dangerous breaks but with one minute to go disaster struck when we gave the ball away in defense and they quickly moved the ball from right to left and found their free man and they scored the so important 0-1.

Of course, this changed the game as now Emerald could sit back and close down and wait for their long ball counters counting on Fafa’s speed. We kept our composure in the next 20mn and were have more ball possession now and we should have got a penalty when two Emerald defenders were embracing Bob in the box but the referee gave the advantage to Romain who saw his shot go wide. We had another great attack where Romain made a perfect cross on the right and Tomas almost scored with a header!

In the 3rd 20mn, we all agreed to step up the game as we perfectly knew our tittle ambition will fade away if we were to lose this game. We got a couple of free-kicks and came more often in their box Cyril who came in for Sylvain give us some hope as with his skill and energy it lifted our game but…. Unfortunately, we gave the ball away to them to set them up for a fast counter and we were 2-0 down!

The talk for the last 20mn was simply to forget everything that happened before as we needed to score and the whole team was asked to step up and give everything they had left! We were all over them in the first couple of minutes and our effort was rewarded after a foul on Massa-san in the box. Bob stepped up to put us back in the game but show his effort stopped by the Brazilian goalie. Even after this blow we didn’t give up and kept pushing forward and were trying to score. We had changes sure but missed the final touch. They killed us on a long ball when we were all thinking forward and made it 0-3 but even after that we kept playing and finally got our reward a nice goal from Masa-san achieved by pure character of the whole team. Soon after Tomas hit the post with a good strike but in the end, it was not enough. Final score 1-3!

We lost as one team and will come back as one team ! Unless a miracle happens, our tittle hope just fade away for this year… Let’s enjoy the last 2 matches of the season. Hopefully, our injured players can recover on time to play these last 2 matches! Last but not the least, the game live replay is available for further analysis. 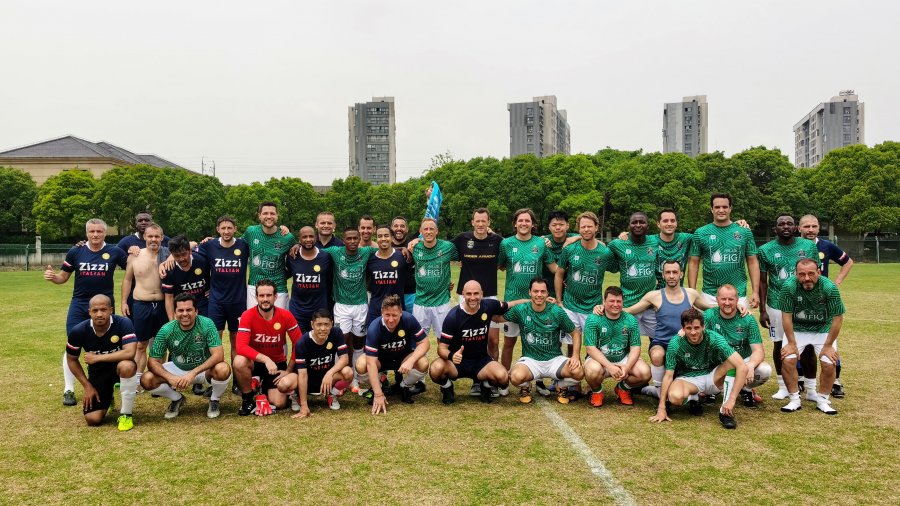 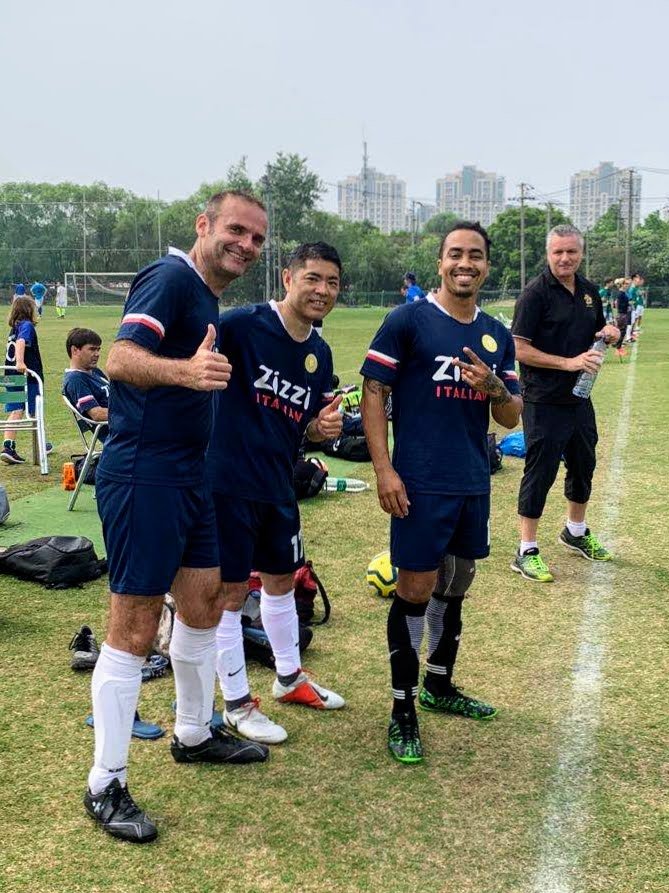