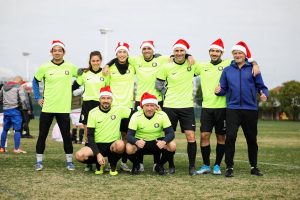 While the Lions had won the previous edition for the 1st time ever, it was quite frustrating to see so many Lions’ players not being able to play in the Santa Cup 2020 for various reasons. A pity as this tournament has become a real tradition… 10 years now that we play with the Santa hats in Shanghai in a super fun and friendly mood. A perfect way to celebrate the arrival of Christmas and the end of the year.

With 15 minutes before the tournament kick-off, we had only 5 players… Luckily, we managed to take the Japan FC captain on loan for the tournament. For our first match, we were playing Super 48. We got a few opportunities to score but found it hard to hit the target… On their side, they had one counter but their effort was saved. It stayed at 0-0.

In the second game against PF united, we had Fabi on the team. We played him on top and he did well setting up other players to score. It was Nikko who after two earlier efforts gave us a 1-0 lead. Unfortunately, we dropped a bit our focus. At the end of the game, we didn’t clear a ball in our box and scored an own goal… 1-1 as the final score 🙁

In the third game, we were up against Wellington. We played much better but couldn’t convert so it stayed 0-0.

In the fourth game, we were up against the Bulls who were eager to win the tournament. Both teams defended well. Not so many scoring opportunities… another 0-0.

In the last group stage game, we played Scotland. Everything worked out well for the Lions with fluent football style. Fabi gave us the lead after a penalty. Soon he scored the 2-0 on a fast counter with a great thru ball from Julia. After a superb save from our Japanese goalie, we went on flying scoring another 2 goals! 4-0 victory over Scotland in just 15 minutes.

In our last match, we were up against the strong Chinese team and we showed our character. After 8 minutes, our opponent changed its whole team bringing another 7 fresh players on. We stayed focused in the back trying to launch Fabi with two players on him all the time. It worked well as Fabi finally scored the well deserved 1-0 lead… No way we would let the lead go! After the final whistle, we were happy with the 3rd place result out of 12 teams.

This 3rd place in the Santa Cup 2020 edition was achieved with a very thin squad who shown great spirit during the whole tournament. Well done Julia, Matze, Manu, Yang, Mehdi, Fabi, Nikko, and our Japanese goalie friend. Last but not the least, let me share a small video of the event we organized the day before for the SPL Youth. All is said when you watch the smile on their face. 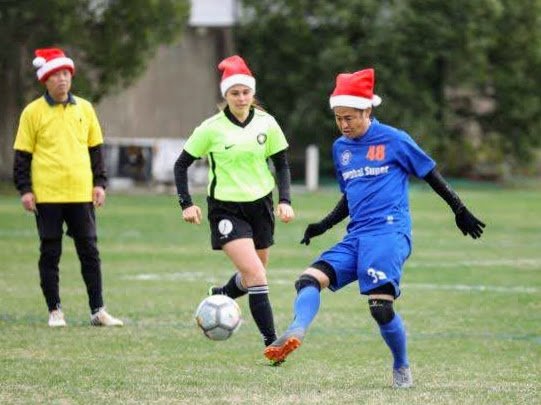 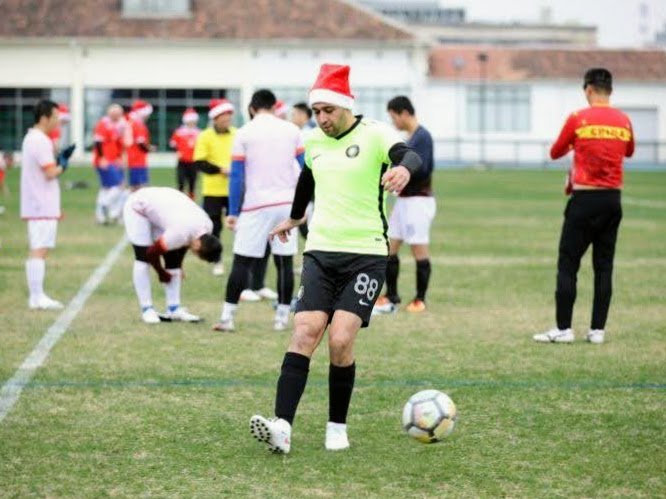 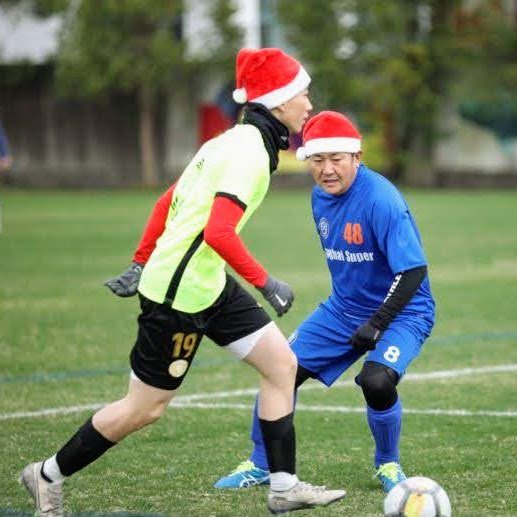 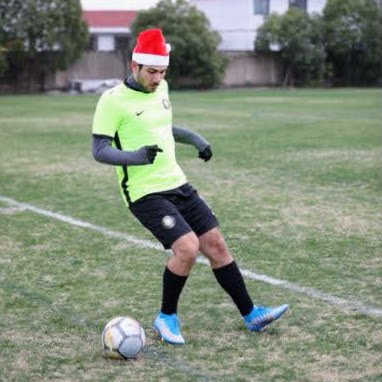 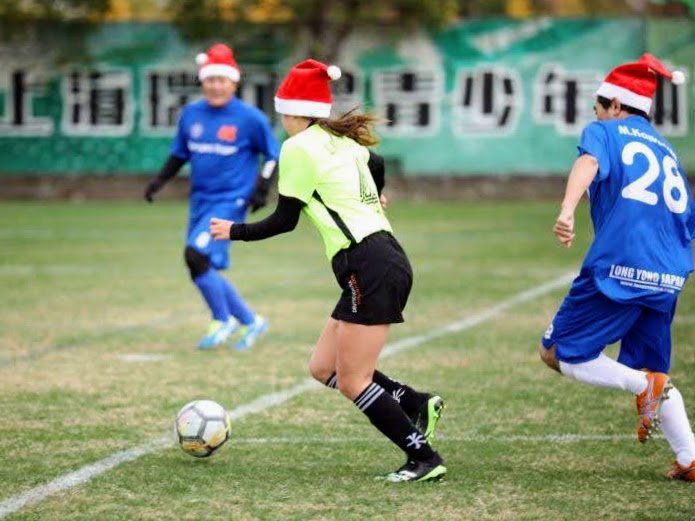 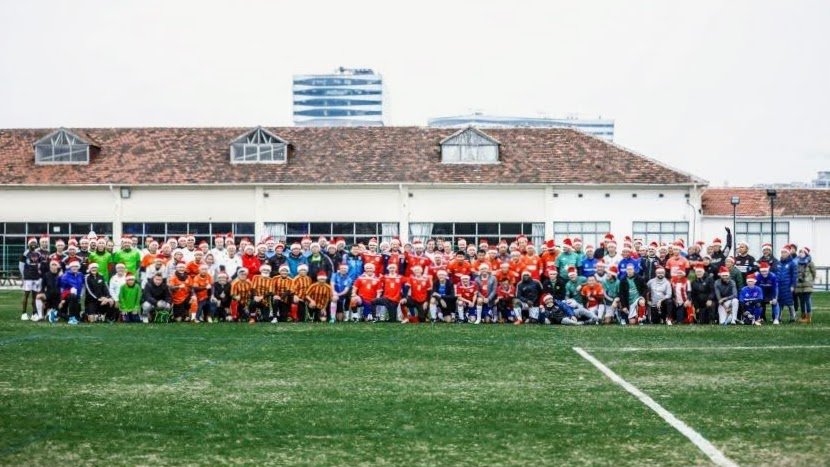 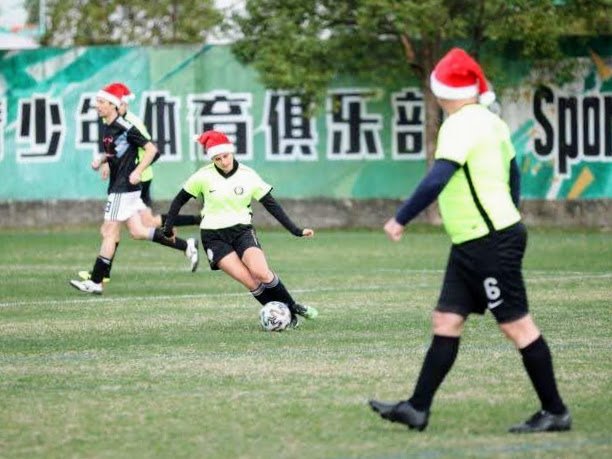 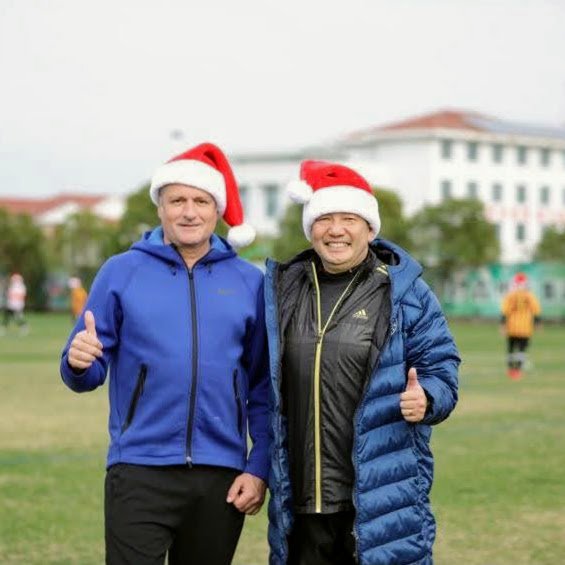 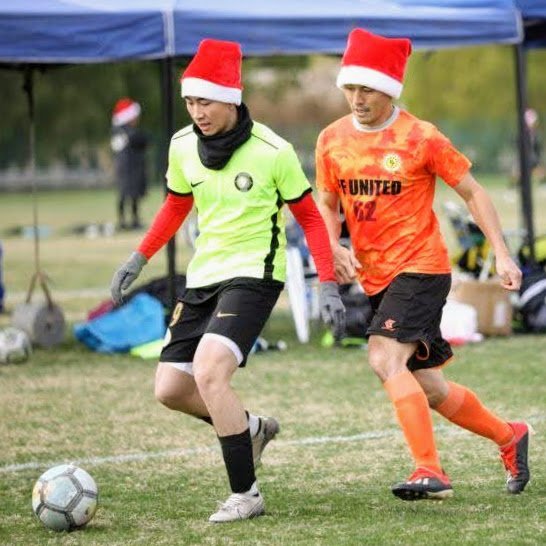 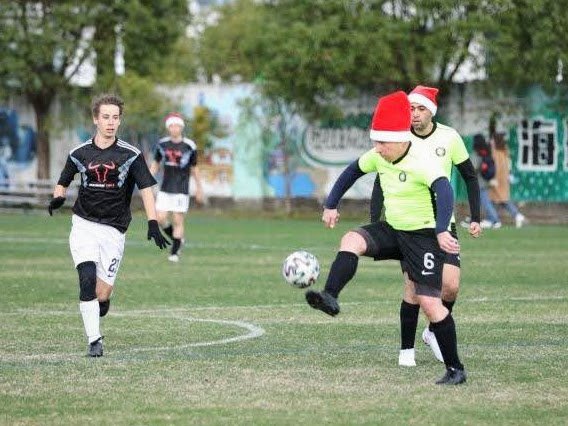 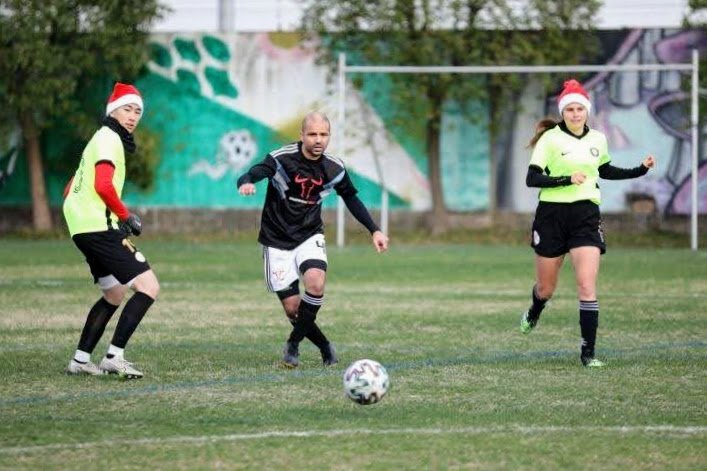 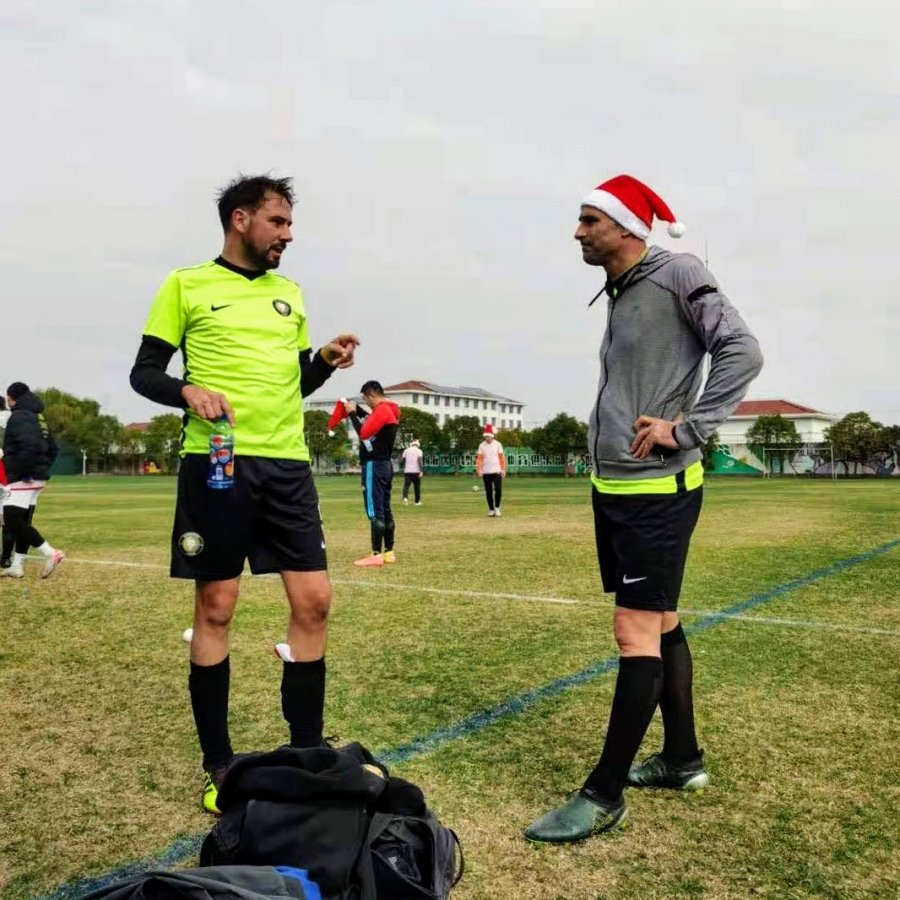 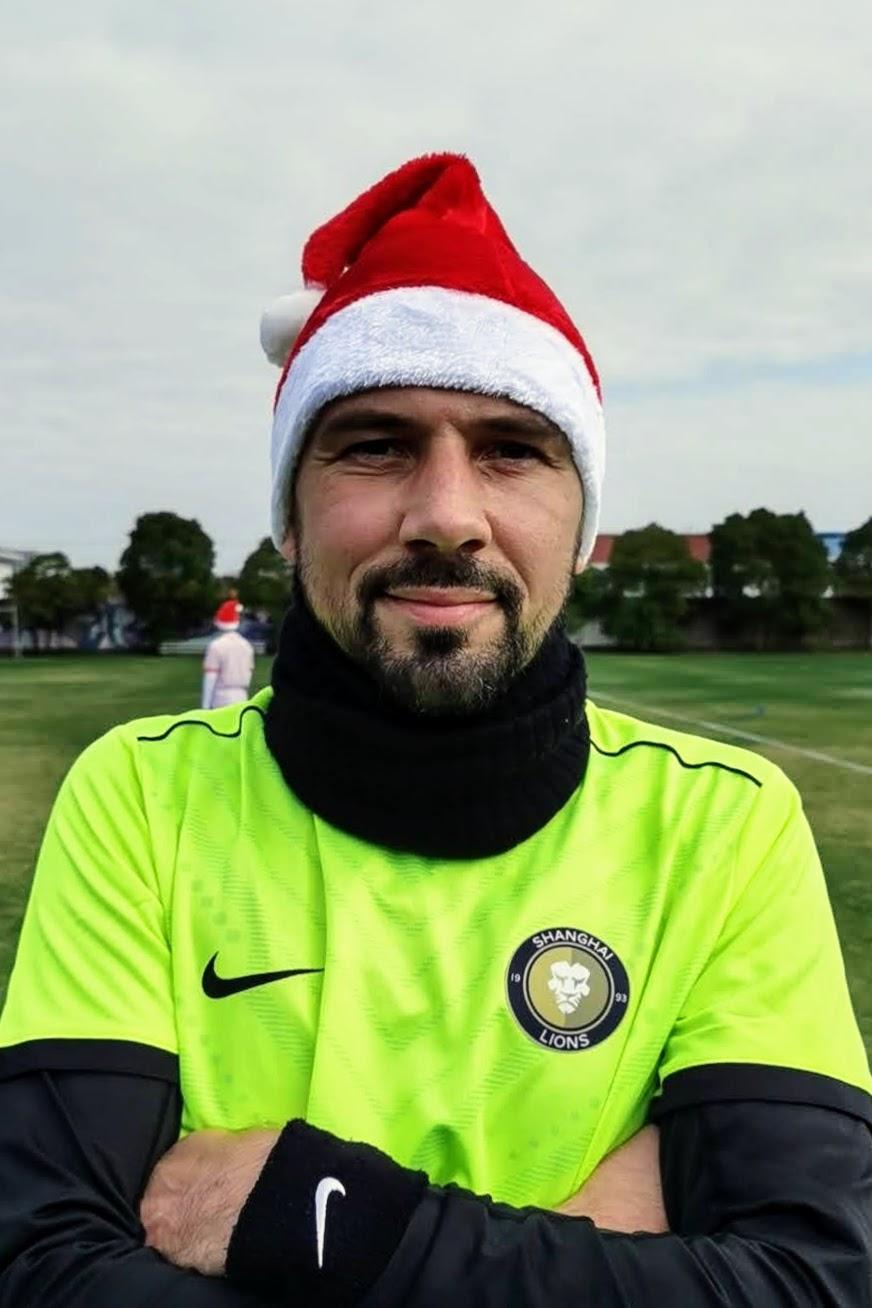 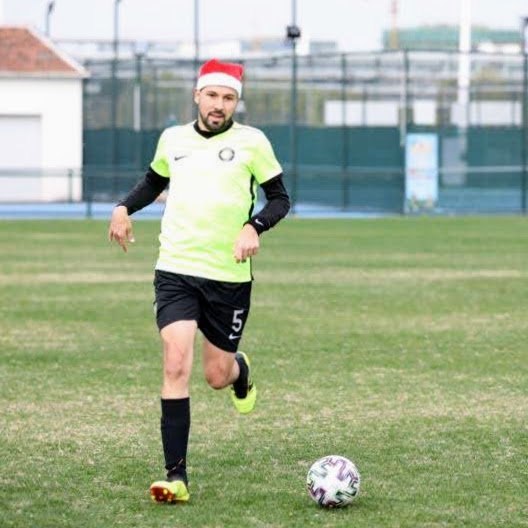 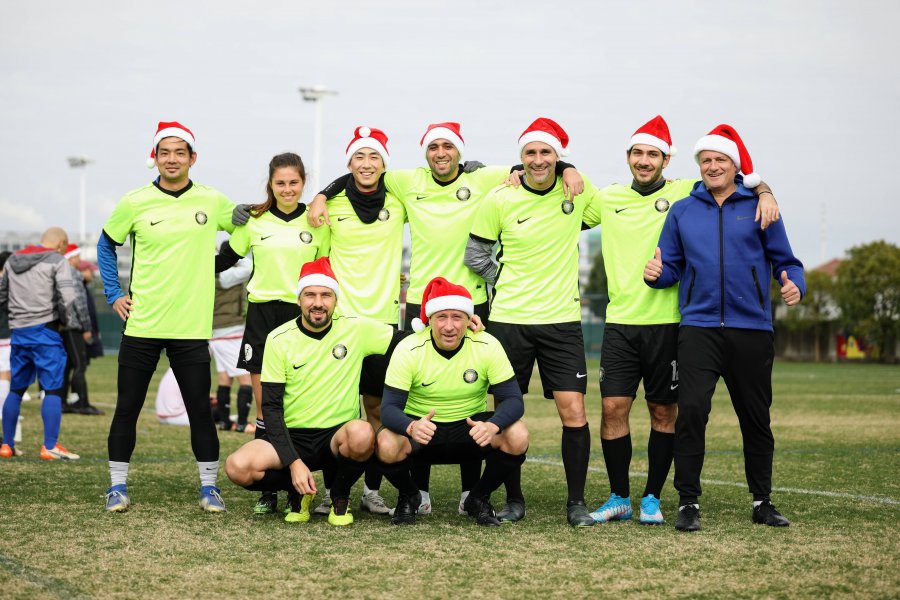 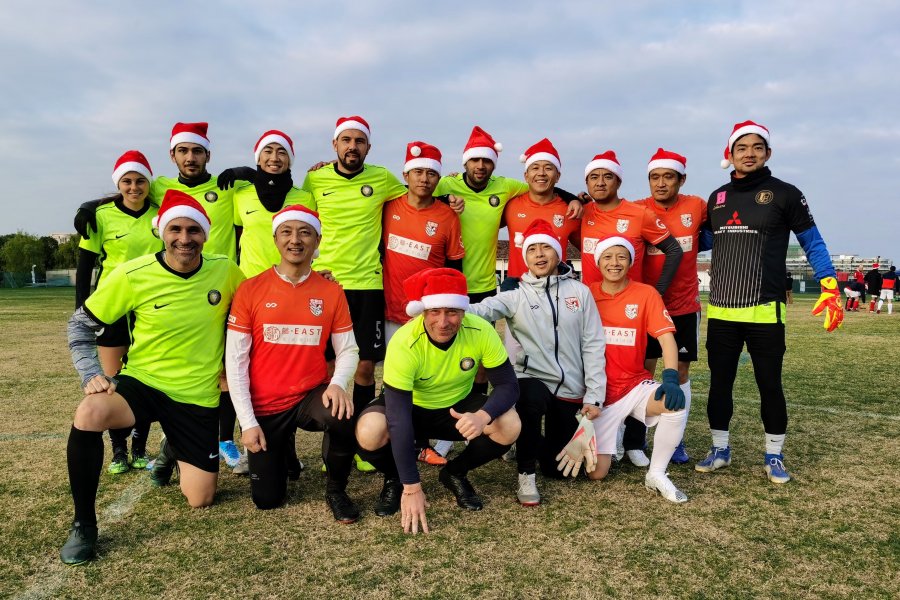 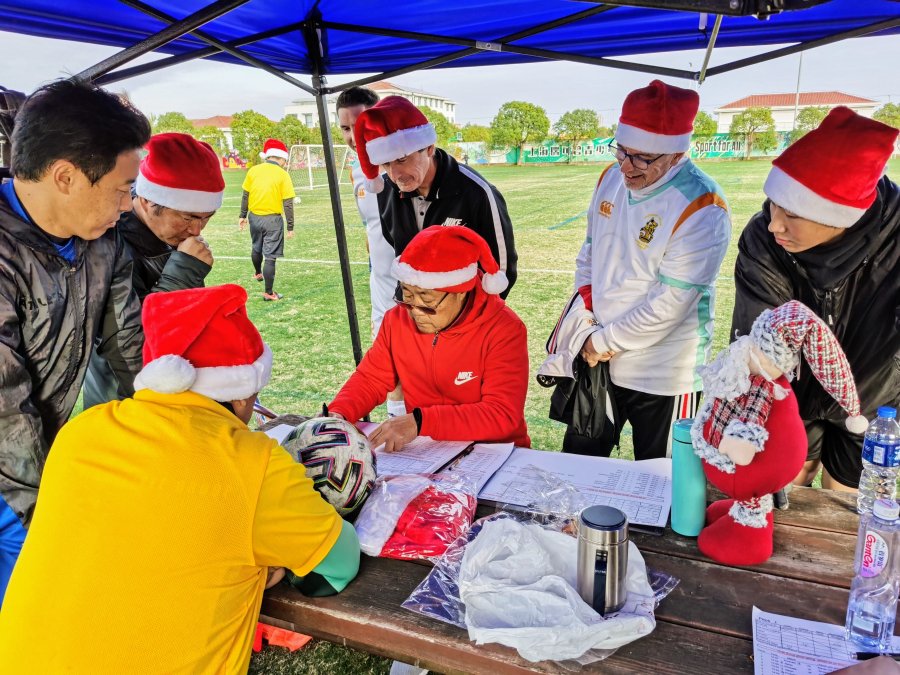 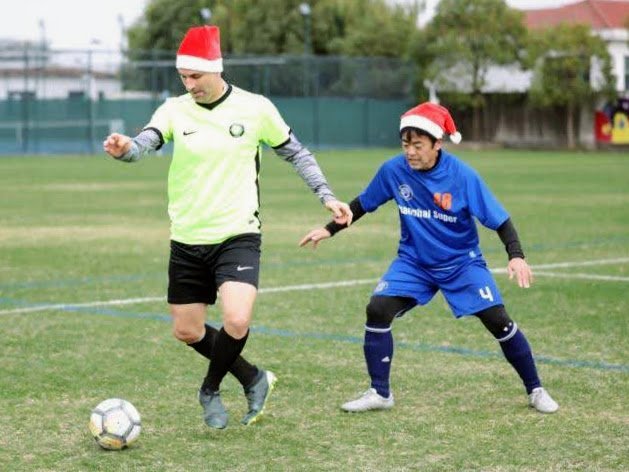 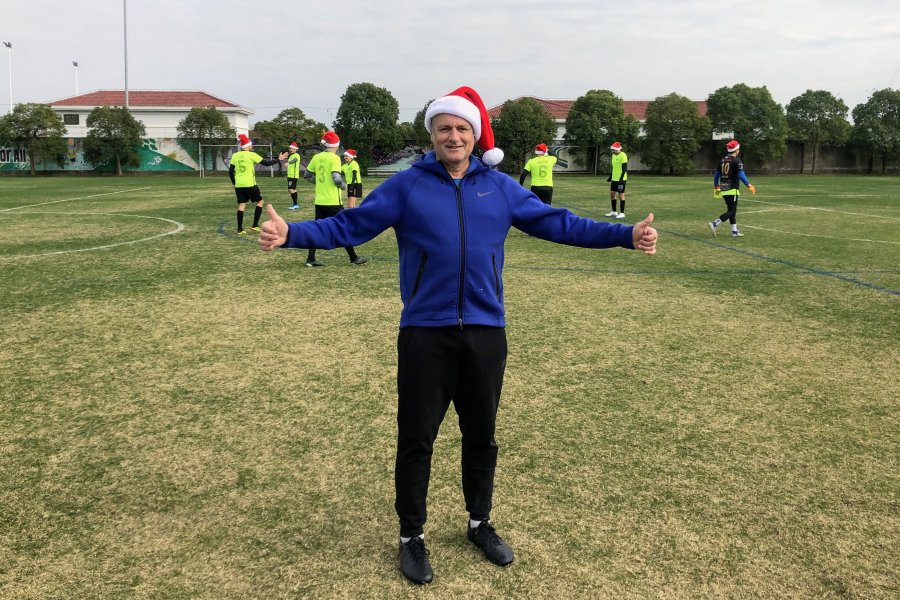