The weather could not have been better blue sky and a comfortable 23 degrees last Saturday. The opponent were the Shooters so all was set for a big game ! Radouane our goalie took the sentence to be on time very serious as he arrived 20 seconds before kick off. It must have been a challenge for him but we were happy that he made it coming from work ! The game started slow with both teams trying to figure out where the weak spots were. The shooter tried thru their trade mark long balls on the wings and the Lions tried to dominate the mid field as the game moved on the Shooters were pushed back more and more. Lions were denied by Chris the Shooters goalie a couple of times but a great combination between Azzeddine and Danni resulted in the first goal of the game as Danni scored in the left corner. It was 1-0 at half time and playing the Shooters you know that could be a too narrow margin. The focus was on the defense to make sure we didn’t give away the match and upfront we tried to finish it off. We should have scored at least two or three more goals as it was harder and harder for the Shooters to stop us. At a point they even tried to make a rugby tackle to stop Azzeddine but even that didn’t work for them. Shooters are famous for scoring in the last minutes but this time our defense was rock solid and motivated until the end not to let it happen. When the David the Chinese referee who had an excellent game came there was happiness. First because of the three points and second because of the clean sheet and last and not least because of the spirit we showed. Compliments were given to our youngsters who showed positive aggression and gave the Shooters a hard time !

Our next game will be agains the Azzurri and we know that those are the games we like as both teams will play open football until the end !

Let’ s all come to the training to keep the focus and build on our fitness ! 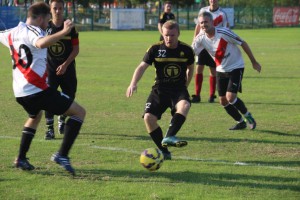 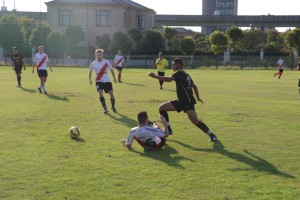 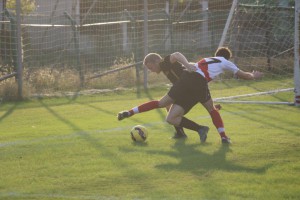 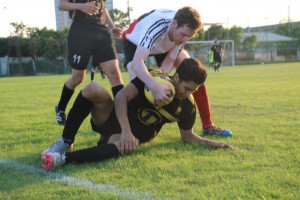 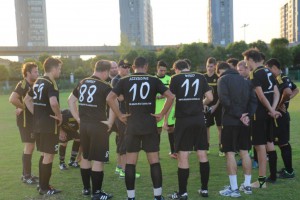