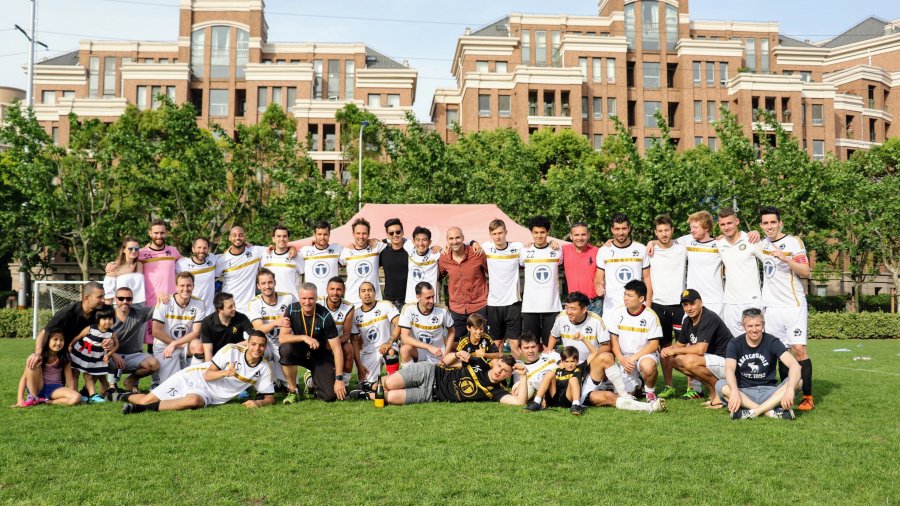 It was a beautiful and memorable day for the Lions yesterday ! We played on a perfect pitch and the scene was set we needed to get one point against our old rival the Marlins to clinch the SPL title. A loss would have put the title race out of our hands. We had a large squad and that proved to be a valuable asset on the day as it was close to 30 degrees. The strategy was to keep the clean sheet as long as we could and focus was on defense first.

In the first minute Azzeddine made him self free on the left and saw Terao-san asking for the ball on the edge of the box. People were shouting to him to shoot and that’s exactly what he did as with an unbelievable strike the ball flew in the top corner. It left the Marlins stunned as this was not supposed to happen in their game plan. This boost lifted our spirit and for the Marlins they needed to come more forward. It helped us to be dangerous on the breaks and we scored our second after a nice build from the midfield it was Tomas who had the honor to finish it off 2-0 for the Lions. Soon we ran into trouble as Fabi who was already on a yellow early in the game tripped a Marlin players just inside the box and they converted the penalty to make it 2-1.

It was the half time score and we decided to put some fresh legs in the squad. In the second half the Marlins pressed harder and were dangerous on the flanks with many balls in. The Marlins striker, Gui, was a permanent threat and gave Jack and Francois a handful of problems. When he scored the equalizer with 15 minutes to go it become nerve wrecking for all our supporters family and friends who came to watch. High balls kept flying into our box but Fabi, Jack and Francois cleared most of them and if they didn’t clear Dim our goalie was there to rescue the team. The last chance for the Marlins came by a free kick on the edge of the box but their effort went wide. The final whistle came as a relief and now it was time to celebrate ! Champagne was opened and we took a great Championships picture.

We won our 11th SPL title out of 13 seasons quite amazing to be honest. This year it was hard because some key players left China and we had a smaller squad however we ended the season unbeaten which a great achievement. We also scored plenty of goals 75 to be exact ! With Felix topping our chart.

A big thank you to Dave and Garret who took care of the team during the season and did a great job and last but not least a big thank you to Azzeddine who always inspire us to play better and try harder. The training on Tuesday organized by him is the key to our success.

Last but not least it was our Lions spirit which carried our team yesterday. So many legends family and friends came to support its was amazing !

Very happy and proud to be part of the Lions Family !

Lets all come to the training on Tuesday ! We play our last game in the SIFL against Japan on Saturday ! 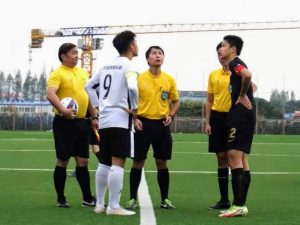