On Saturday, we were up against the old rival the Shooters in the SIFL Champions Cup final ! We were missing Fabitch and Jack and of course Pat who left for Germany. We then had to make some changes into our regular line up and opted for Simon as stopper. The Shooters started well and the “in form” Mcgoo and Wilson caused us some trouble, however they couldn’t find the net and we scored first after 20 min when a great free kick from Felix sailed over the Shooters goalie and Dani was there to score with a nice header.

Just before half time the Shooters did come back and equalized when they spotted a hole in our defense. It was 1-1 at half time and we knew that we had to change something and we put Benj in in the defense and moved Simon up. With 15 min into the 2nd half Dani showed some skill on the left as he lobbed the ball over his opponent who reacted too late and fouled him in the box. The very moody and poor referee on the day pointed to the spot and Az nailed it to gave us the lead back.

Shooters showed good spirit as it was still a final to win some silverware and kept pushing forward. They scored after a great combination through the middle and an unstoppable strike. Good stuff for the spectators by now and the Lions stroke back by a great run and cross from Aga who found Az and he gave us the 3-2 lead. The turning point of the game soon followed when Aga cleared a ball in our box put the Shooters player felt over his leg in the move and the poor referee gave a penalty to the Shooters. We feared for the worst when Mcgoo stood up but…….. Dim our keeper stopped the penalty with class. We knew we were on the way of winning the match and Simon put the icing on the cake after a fine cross of Khalil as he blasted the ball in the goal to make it 4-2 ! We have one more final to play in two weeks the Hebiguchi Cup again against the Shooters as our captain Benj stated after the game lets get one more trophy !

On Sunday in the SPL the Lions will play ERS at the Century Park field for a decisive match and a win will put us closer to the title ! 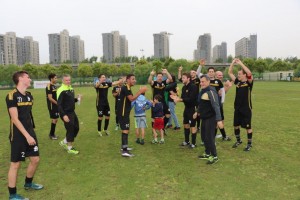 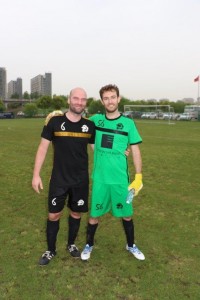 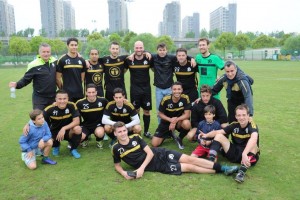 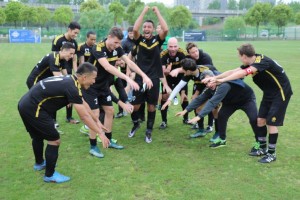