We played the Azzuri for the fourth time this season ! These battles are always good for the spectators as both teams trying to play good football. Our focus was on our defense first and to play on counter attacks and actually the Azzuri had the same tactics. No wonder the game started even with both teams trying to control the midfield. It was a sudden great powerful strike by Adam which gave the Azzuri  the lead.  It was enough for the Lions to pick up the pace and we started to dominate the game. We got a penalty awarded by the referee who was wearing an Azzuri outfit for the occasion but Azzedine failed to score this time. At half time we knew we had 45 minutes left to turn it around and the way we played we had confidence to do it. It was a super pass from Charles which found an on the run Allan who controlled the ball beautifully and he finished it cool in front of the keeper to make it 1-1. All the azzuri could do now was to defend as since Adam’s goal they didn’t have had another shot on target. A great corner by Benji found the head of Fabie and he scored to give the Lions a 2-1 lead.  We created a couple of more chances but didn’t have the luck in the finishing parts. On the other side the referee give a free kick for absolutely nothing to the Azzuri and the Lions couldn’t deal with the long ball in from Adam.  In the scramble the azzuri scored the equalizer 2-2. With only a few minutes left we couldn’t turn it around. Overall we felt bad about the result as we dominated the game and got several scoring opportunities during the game but what stood out was our discipline during the 90 minutes ignoring the poor referee and some dangerous tackles from the Azzuri. We focused for the full 90 minutes on the game and kept playing football.

We are still 3 points clear on top and we will play Japan at 900 AM this coming Saturday with 6 games to go !

Let’s stay focused and take it game by game ! 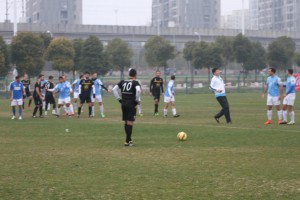 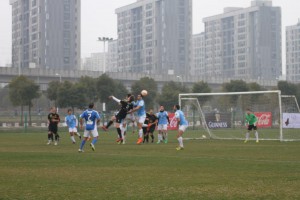 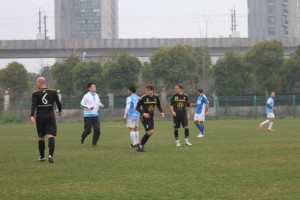 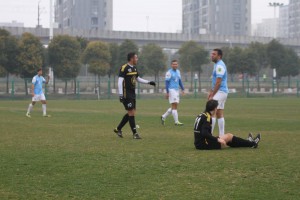