Our game plan on Saturday was to win the treble by beating the Shooters in the SIFL Cup. We knew it would be a fitness battle especially with temperatures above 35 degrees. Shooter had fresh legs as they didn’t play the week before whereas we had to go as deep as we could against reunited in our championships game the week before. The game in fact was decided in the first 20 minutes as we didn’t start well and were not focused. Kevin scored from a corner and soon the shooters sliced through our defense. Two nil down it was hard for us however we did manage to get back in the game when Allan scored just before half time. In the second half we tried hard to score the equalizer but it was hard especially when we lost Danni when he was ran into the ground. We came very close after a corner when Allan’s shot was cleared of the line by Kevin the shooters striker. Shooters almost nailed it when Fedj hit our cross bar. In the end it was one game too many for us and we accepted defeat. We will learn from it and come back even stronger.

Despite our loss we stuck together and played with smiles on our face in the SIFL closing tournament. As we still wanted to win three cups with gave it our best shot. The key game was against Azzuri who for the occasion had the professional player Granero in their squad. We edge them 1-0 after a great combination goal finished by Allan. That was a great lift in our spirit and we could lose our last group game and still were sure to be in the final. We did just that and were up against the Shooters again however this time it was their second team !  What a spirit we showed after losing the Cup final and still finding energy and motivation to win this tournament. Our hard work and effort paid off as we beat them 1-0 to win the end of the season SIFL tournament !!

After that it was party time when we collected our trophies. God bless they had a pool ready for us and of course we were thrown in one by one ! These moments are precious memories and that’s all you do it for its only 5 minutes but those are magic moments and the memories last forever !

What an achievement two season unbeaten 36 league games and this season was the hardest where we played Azzurri 4 times, Reunited 4 times, Shooters 4 times and a king of DIB team 3 times……….we did it ! Magic ! The coach of the year title was snatched away from us but we all know where it belongs ! Now it’s in our hearts ! We are one big family !

We are proud to be a Lion and a big thank you to all the players and supporters for all your contributions what a great end of a great season !  Big thank you to our sponsors La Creperie and Tibet Water for their support of this season ! 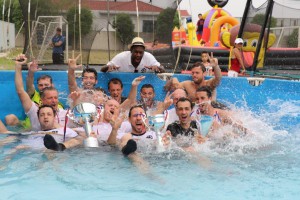 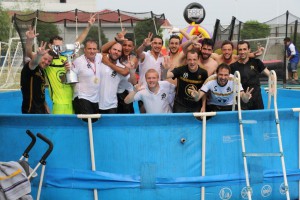 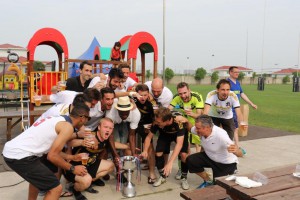 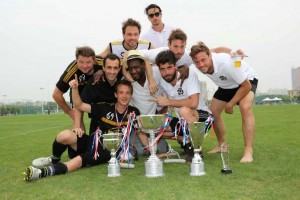 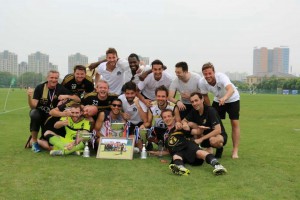 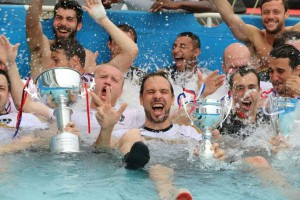 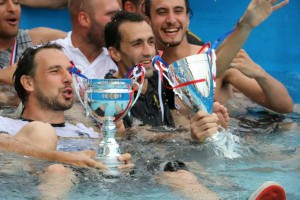 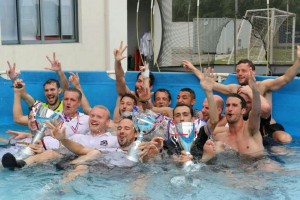 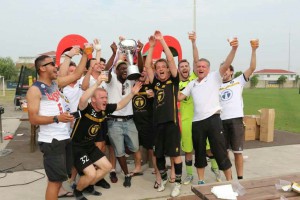 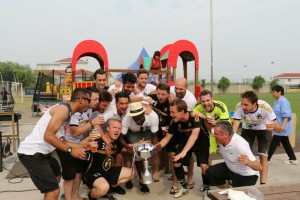