We always talk about making the most out of our stay in Shanghai and leaving a footprint behind. It’s time to open up about our historic unbeaten record run in the SPL we have always kept it among ourselves but finally it came to an end ! It all started on December 9 2012 where we lost against the Marlins everybody was down because we felt the win was ours but some arbitral decision were turning the game around. The rule says that you win as a team and lose as team so we ended up drinking beers in Latina and the players right there will remember exactly what we discussed. “If we win all our other games in the rest of the season we will be Champions” ! That’s what happened and last season the longest season in SPL history with 12 teams we didn’t lose a single game !

The official record is 33 SPL League games unbeaten in row !!! 30 wins and 3 draws !! Finally we can say that we are proud of this record and it’s time to thank all the Lions who have contributed to this incredible run ! Yes we should be proud and the biggest success factor has been our team spirit ! Week after week we were fighting for each other on the pitch and having beers after the games off the pitch !

It ended in the right way with a big loss versus Shanghai 2000 7-4. A well deserved win for them they are a very good promising side. All this will make the SPL more interesting this season with many improved teams.

After the game the hard core Lions ended up at Latina where it all began in 2012 and had a few beers and talked about the great memories but also talked about the new Lions 15/16 years old ready to play in the SPL. We are looking forward and want to make them better players than us so that they can set a new record later !

Records are there to be broken but this one we will try and keep for the Lions for a long time !

Proud to be a Lion ! Cheers Freek 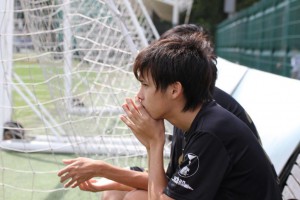