ot high by now as we started to play good football up next was Ferie another Japanese team and finally Fred F scored which was important as beside Charley he was our target man. Surprise Surprise Gwenn scored his second and almost took of his shirt showing his tattoo’s but in front of the Japanese that was not so smart. We drew Emerald for the semi finals we played our best football of the day and created a few good opportunities but couldn’t score.  It stayed 0-0 and we were going for the penalties / a few people were ordered not to take them …. But Fred F was first and scored right and Emerald missed their first Liad was next and scored left and Thierry made sure Charles couldn’t score as he was next in the line up and because of his stop Charles couldn’t take his penalty.

Back in the final against Japan FC who we beat last year on penalties. We pushed hard to get the 1-0 lead and managed to get several corners however we couldn’t score from those. The best player of the tournament Japan no 10 had other ideas on one of the rare counter attacks he decided to take a straight volley and the ball flew unstoppable in the top corner with 1 minute to go !  It was harsh as we didn’t concede any goal during the whole tournament but with such a beauty we accepted our faith ! The beers on the way back in the bus did taste good and we are already looking forwards to next year’s Masters ! 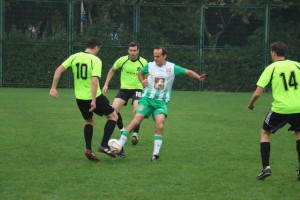 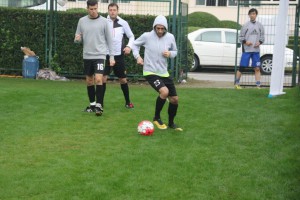 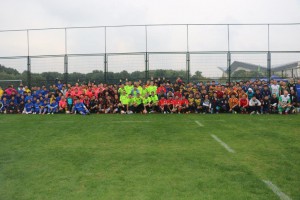 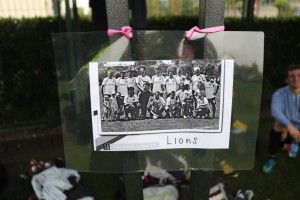 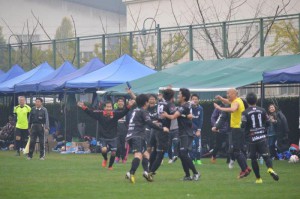