It was a special match for many reasons but above all it would be the last legend game for 6 Lions legends as 4 of them are moving back to Europe this summer and Dan is moving back to Hong-Kong ! We wanted to send them home with a great game of football but after 5 minutes we were down 1-0 as stand in goalie and Jerome had a miscommunication Jerome was talking to Mathias in German and Mathias was talking to Jerome in French, you can guess the final result a beautiful own goal by Jerome ! The first quarter was rather flat from our side we needed a goal to get started and Fred and Jeremy did just that and we turned the game around ! In the next quarter Nicolas and Freek got on the score sheet but in the third quarter with Fred F our captain on the bench we played the opponent from the field with fast movement and deadly finishing from Bob who scored a hat-trick within 10 minutes. The last quarter there was much at stake we asked our captain to prove they once he would be on the pitch he can make a difference for the team and we asked Seb playing his last match to score or otherwise he needed to pay all the beers after the match. He did it within 5 minutes and now it was time for Mathias to come in and play upfront as he moved forward there was a great cross in and his first ball was a header home. Now we needed Simon on the score sheet and miracles do exist as he scored as well ! We tried to get Dan on the score sheet as well but just didn’t have enough time left ! Rommie got the last chance of the game. After the match it was all smiles and a small goodbye speech for the leaving legends. The message given was that once you are a Lions Legend you will always be a Lions legends no matter where you are ! Fred had arranged nice champagne to end a fantastic day of football with good friends in Shanghai ! We wish Mathias, Simon, Ralph, Andre and Dan and Seb all the best in their future live  ! 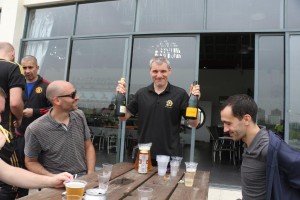 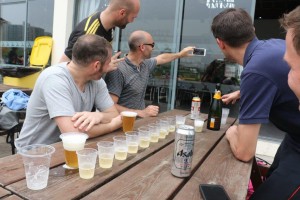 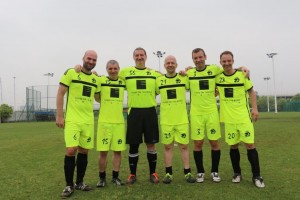 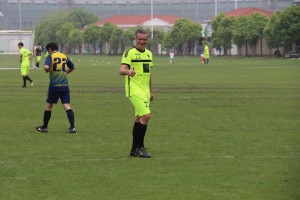 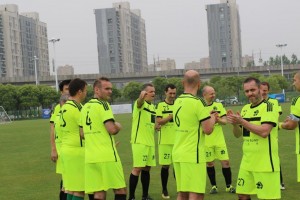 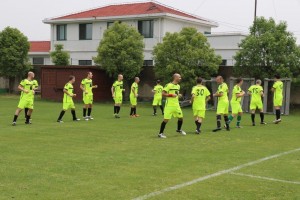