Legends never die and legends always live on. This is exactly what happened to the Lions ! What started out as a small group of old Lions players three years back now we have become a trademark Lions (veteran) team in Shanghai. All the ingredients are right we have great mix of people who are committed and we are serious when we enter the pitch and we always try to play good football and we like to stay young !

Of course not everything is smooth sailing. The Master Cup 2014 was a good example. Fred F. who was in charge of the management raised some eyebrows when at 8.55 AM who could only see six players. A quick “We Chat” went out “where is everybody ? the first game start 9.10 !” So it happened that we lost the first game and to be honest it’s a kind of trade mark. Whenever we lose a game we get charged and it sets us on fire ! We were looking for the responsible people only to find out that we were all to blame. Two solid wins followed to set us up in the semi- finals against a strong Korean team  ! By that time our defense was rock solid we just needed to score one goal. With only 11 players left we had not much options for substitutions but a fine cross from Fred F ended in a penalty. As flying in Canny was fouled. Fred G had no problem to shoot us into the final.

The final was between the bests teams on the day for sure. We faced a very strong Japanese side within one minute they managed to get a diving penalty. God bless Thierry our goalie made it back on time as he is building a reputation to kill penalty takers. The poor Japanese shot went wide. The Lions Legends fought hard for every ball and Fred F came closest to score. It stayed 0-0 and 3 penalties each would decide the winner. Fred F was first to hit the ball in the top corner and Thierry stopped the Japanese first penalty. Jerome was next stepping up with full confidence but his shot went nowhere and was happily picked up by the Japanese keeper.  Fred G in fine form scored to put us back in front ! The next Japanese player was under pressure and couldn’t watch Thierry in the eyes his ball went wide and it was party time for the Lions ! As usual a great team performance of all Lions Legends everybody contributed to this success ! It is special to mention that we had Olivia from our Lions U18 team playing the whole tournament as left back and she did a great job getting many compliments from the other team players and she even got the MVP award !

What a great way to end a great season for the Legends ! They won Shanghai Masters in September for the third time and they won the Old Boys tournament and now they won the Shanghai Masters organized superbly by Super 48 and on top they won the Veteran league 2014 for the second time ! Lets celebrate this all together at our Christmas Party on Saturday.

And so the Lion Legends lived on !!! Fantastic ! Freek 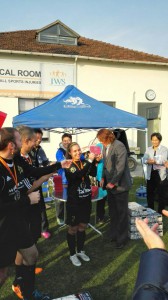 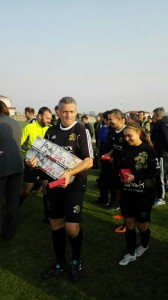 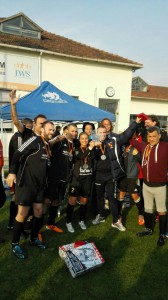 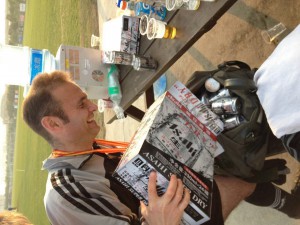