We are getting back into full action on Saturdays and Sundays !

This Saturday we had our last friendly game against 3 united. The spirit was good and so was our start to the game as Azzeddine saw the reunited goalie a bit in front of his goal and scored from the kick off with a great lob over the goal. This will be the fastest Lions goal on record as it took 4 seconds to find the net. The previous record was 20 second in a game against the Shooters where Danni scored after 20 seconds with no shooter touching the ball. Right after we should have awarded a penalty but the referee decided that it would be too much to bear for 3 united. Azz scored his second with a good run and a good finish. In the second half with a 3-0 lead after Arnault scored we took some gas of the pedal and 3 united got one goal back to make the final score 3-1 !

On Sunday we had the first SPL league game for the Lions. With a good balanced squad of old and young and old and new players the Lions took control over the game from the start. All though the heat on the day had some impact on the speed of play our defense had no intention to give away much opportunities. It was Tomas who opened the score and soon followed with a wonderful strike from Laid. With a 2-0 lead at half time we knew that one more goal would seal the deal ! It was player coach Charlie who converted the penalty but soon scored another one after a good combination play of the Lions. Tomas scored his second to make the final score 5-0. Good to see that old Lions still can score !! After the game the beer tasted good at Latina and for now we are on top in the SPL !

Next weekend will be a very busy weekend for the Lions ! At first we will hold our own Shanghai Lions Cup at the New Bund with 20 teams competing for the Cup. If ever you are not selected ,please do come anyways and watch, as there is plenty of entertainment and great food and beers !

Back at SCSC the legends will try and defend their Shanghai Masters Cup title over the weekend. 14 teams will battle it out.

We wish both teams success in the tournaments ! 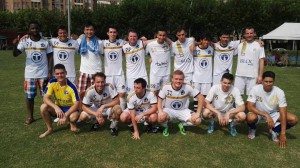 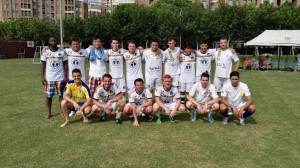 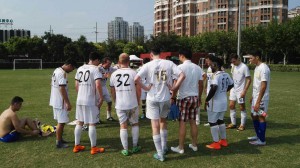 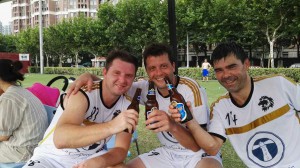