Conditions were clearly apocalyptic for our 1st game of 2017… “Fu*?#>g pitch and terrible weather” as summarized by captain Benji. From Lions management stand, pitch was not really playable but conditions applied for both team and once there, everybody wanted to play still… The very positive thing was to have a full squad of 16 motivated Lions. Good and unusable to have such a big squad in early January.

It took both team around 15 min to adjust to the pitch and Japan got dangerous 1st on few occasions with unpredictable long ball on the side which abused Lions defenders. Luckily, Radouane was standing still in his water box and showcased classy saves on a few occasions.

After a while we started to play a little more direct. It proves to be the right tactic with Romain, Rosie & Felix excelling on the exercise. Then, Xu Lin scored the 1-0 on a remnant ball after a left cross 20 min from the start. 10mn later, a clearance from Japanese keeper arrived directly to Kevin’s feet whom immediately volley back the ball over Japanese keeper from the 35 meters… Amazing goal / inspiration on such pitch turmoil and 2-0 for Lions at half-time!!!

On the 2nd half, the moto was to avoid middle pitch no-men’s land and keep playing on the side…  Well, we didn’t do it very well and try to keep playing our traditional way. Japan scored the 2-1 on a brawl after a corner. With 30mn to go, we re-organized a little the team and the game really even with limited opportunities on both side… On this long shoots and crosses game, Japan proved to be the most persistent with an ultimate header for the 2-2, 3 min before the terms.

A lack of attention or experience… maybe both. Anyway, if you shoot for the tittle, you just win 2-1 but we settled for the draw and it tasted like a defeat…

Beer was cold and taste a little bitter after the game. Let’s learn from this and keep our big squad and commitment as the positive aspect of the day. 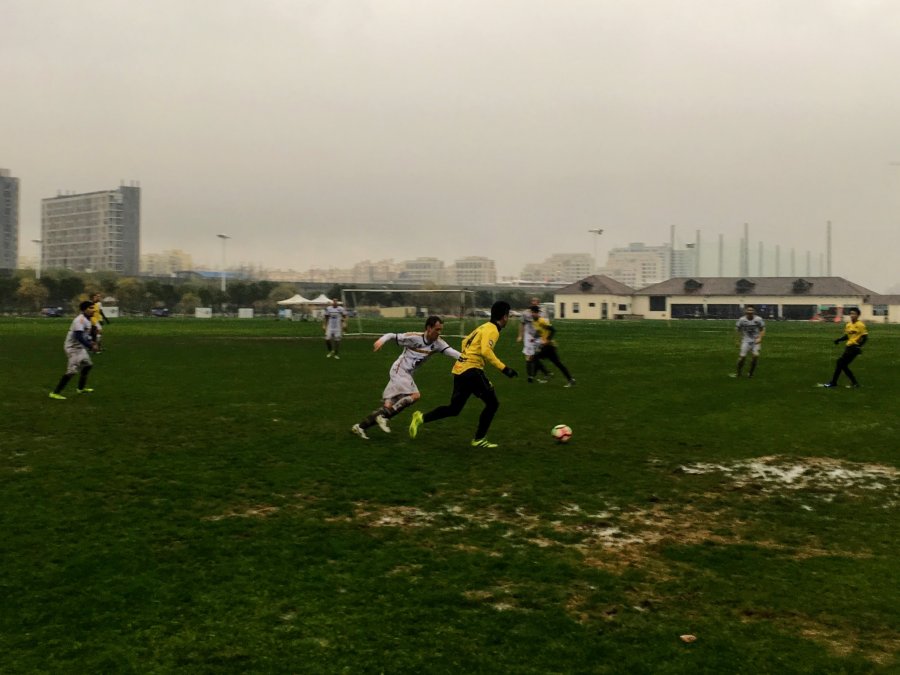 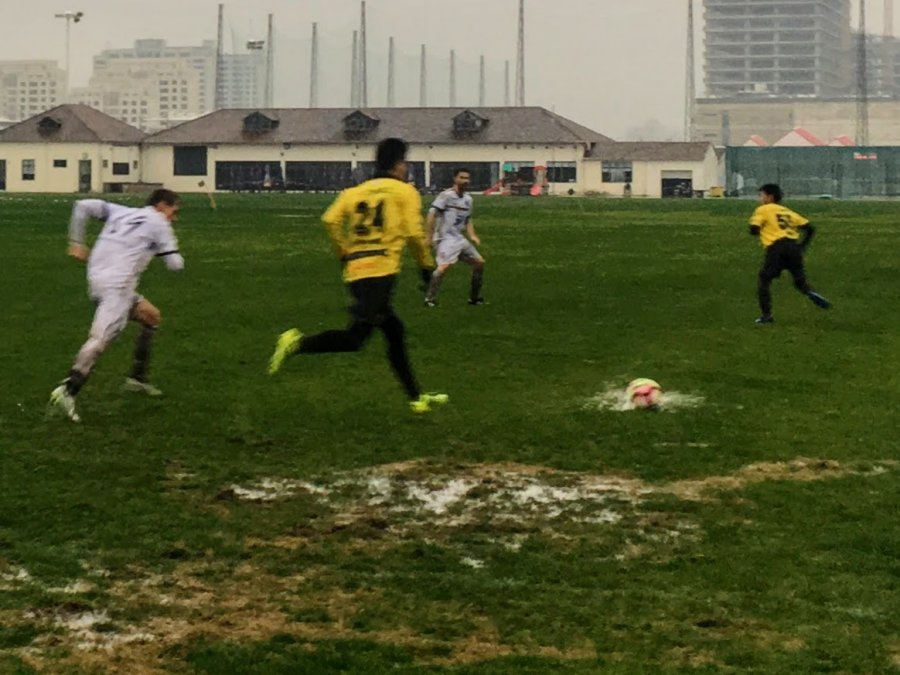 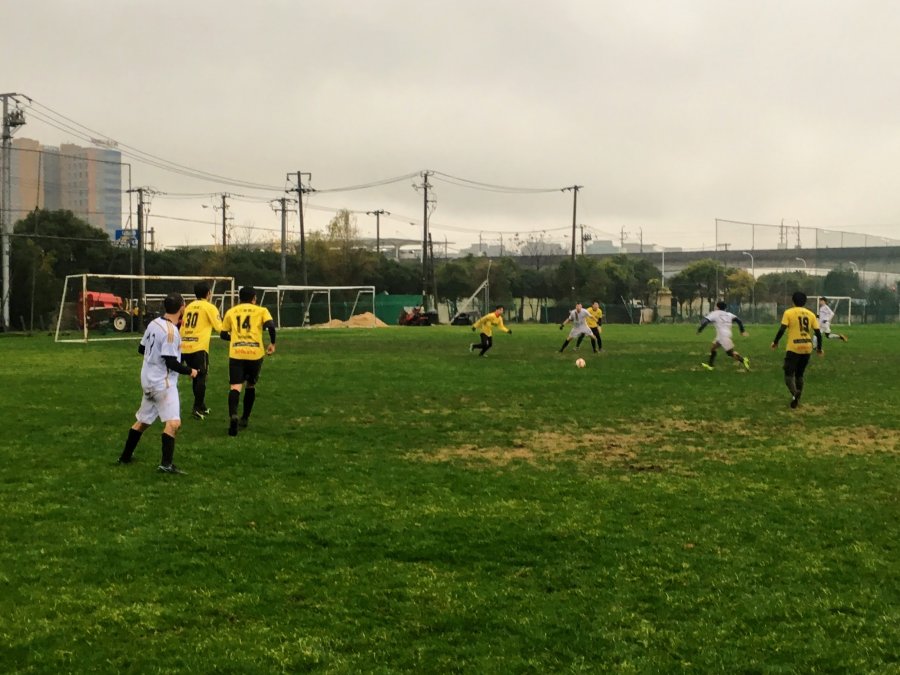 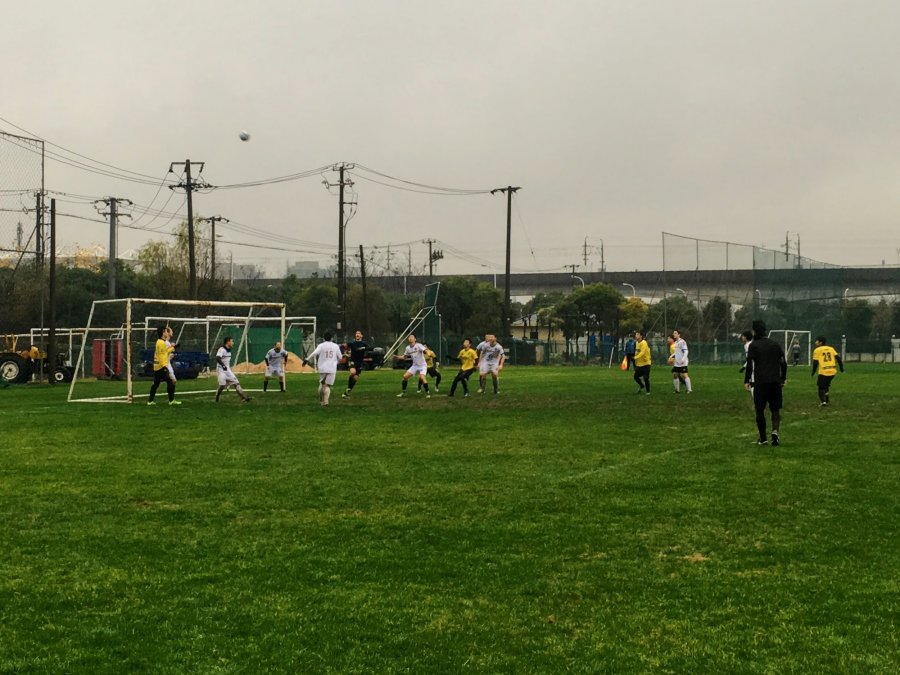 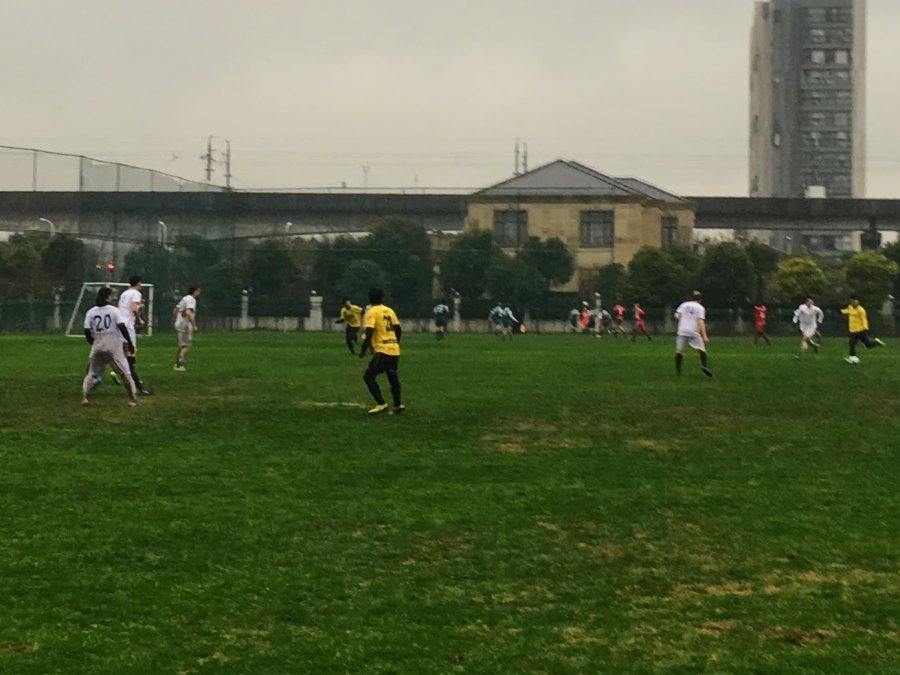