Coming by bus and everybody on time for this game it was clear that the Lions were motivated. Big boost was the comeback of Azzeddine who managed to get back after a two months of training camp in France. In the end it turned out to be a thriller and we realized what is the meaning of a BIG game ! 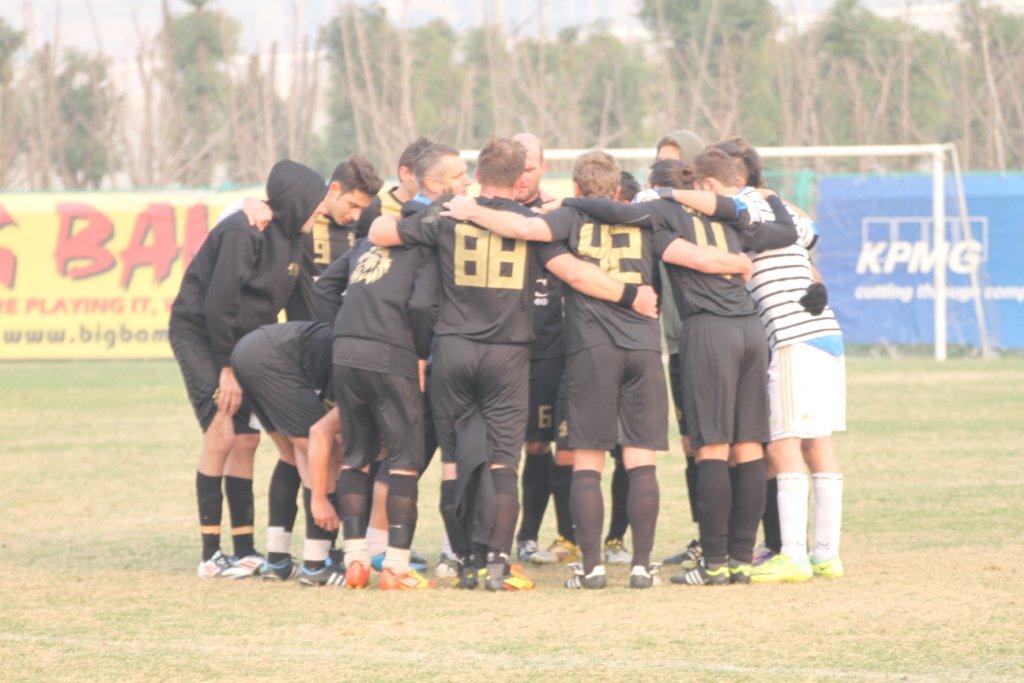 Strategy was to start aggressive score first and don’t give away corners/free-kicks ! The first part we did in just 7 minutes when Dani went on a run and finished in style however the goal infuriated the Shooters and they were bombarding us left and right. We never managed to play our game and instead we started to copy their style of play with long balls to Charles. After corner number 15 of the Shooters Thomas decided it was time to hug one of the Shooters unfortunately he did that in the penalty box… 1-1 ! To me the turning point in the game came in the last minute of the first half where both Charles and Allan scored the same goal, after heavy negotiations (money) the goal was given to Allan. 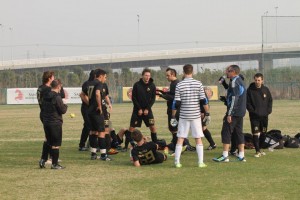 After the half time break we put everything in order and started to play like the Lions it was time for action we needed the third goal ! As coach you need to have luck sometimes and this time luck was on my side with the substitution. Jonny o Shoot coming in for Dani went on his first run as if he was a haunted turkey ready to end up on the Christmas dinner plate at the Lions Christmas Party at BLOC. He realized nobody was following him so he had no choice to trick the goalie and scored the 3-1 with his right foot. I considered to take him straight off as you can do hardly better than that but… after a shot by Charles the Shooters goalie dropped the ball and our Jonny o Shoot was there to finish again… 4-1. 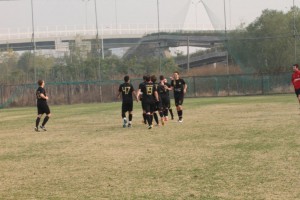 Meanwhile the Shooters almost ready to be destroyed managed to squeeze a goal in 4-2. On the other side we got a clear penalty awarded and Azzeddine made it 5-2. Now the thriller started as we gave away a silly free-kick and the ball went in deflected by our wall. Shooters went all out and credit to them for their fighting spirit. Jerome our Captain who to me was our man of the match (sorry Jonny….) saved us by an incredible effort to clear the ball off the line.

Merci Beaucoup my friend ! We thought it would be more interesting for the fans to give the Shooters one more goal and indeed the last 10 minutes were very entertaining, esp when Thomas managed to shoot a tip in ball from the open goal to the moon !

Final whistle and its that joy of just one minute celebrating after the heroic victory that gives us the motivation to train harder and to try to be the best team in Shanghai ! 8 games won in row and 5 points clear with a game in hand !

See you all at the Christmas Party at BLOC on Friday !