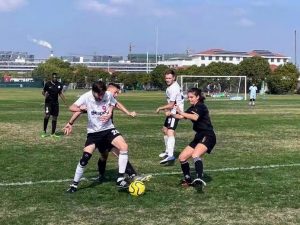 Shanghai weather has been amazing this year gratifying us with a summer extension till mid-November… So all was set up for a good game of football for our first team against the Shanghai Sauerkraut. Our intention was to start well as in the last few matches were running behind the facts. In the beginning, we tried to come through the middle but despite the possession, we couldn’t create many opportunities. Our play was much better than last weekend but we always missed people in the box to actually score. Sauerkraut didn’t create anything either but they got one chance in the first half. On ball behind our defense, their striker got a one on one against Juliano who kept us in the race.

In the 2nd half, we played more from the flanks and created several opportunities. One of the best came for Patrick who thought he scored the 1-0… However, he saw his close-range effort stopped by the Sauerkraut goalie with a miracle save. We got plenty of corners and free-kicks but couldn’t find the net.

As it goes in football, if you fail to score your opponent will do it. With 15 minutes to go, we lost the ball on the right-wing and didn’t defend well in the center. Finally, their striker placed a shot so close to the post that it was just out of reach for Juliano. It was a shock of course as we thought we had the game in our hands… Still, we had a good and fast response with a free-kick from the left. Tomas well placed it into the box and Jason gave no chance to the goalie with a fine header.

We tried to look for the winner but in the end, it stayed 1-1. All though it was a disappointing result as we hardly gave anything away against the Sauerkraut. We had good combinations throughout the 90 minutes but were just missing the killer instinct… With 2 of our strikers (Romain & Dan) injured, this is probably the price to pay!

Next Saturday we are up against Reunited and we will try and get a good result out of that game. 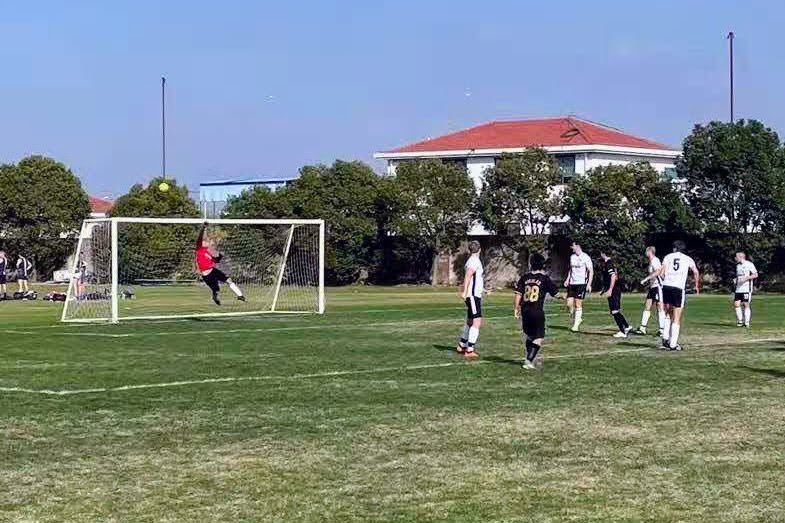 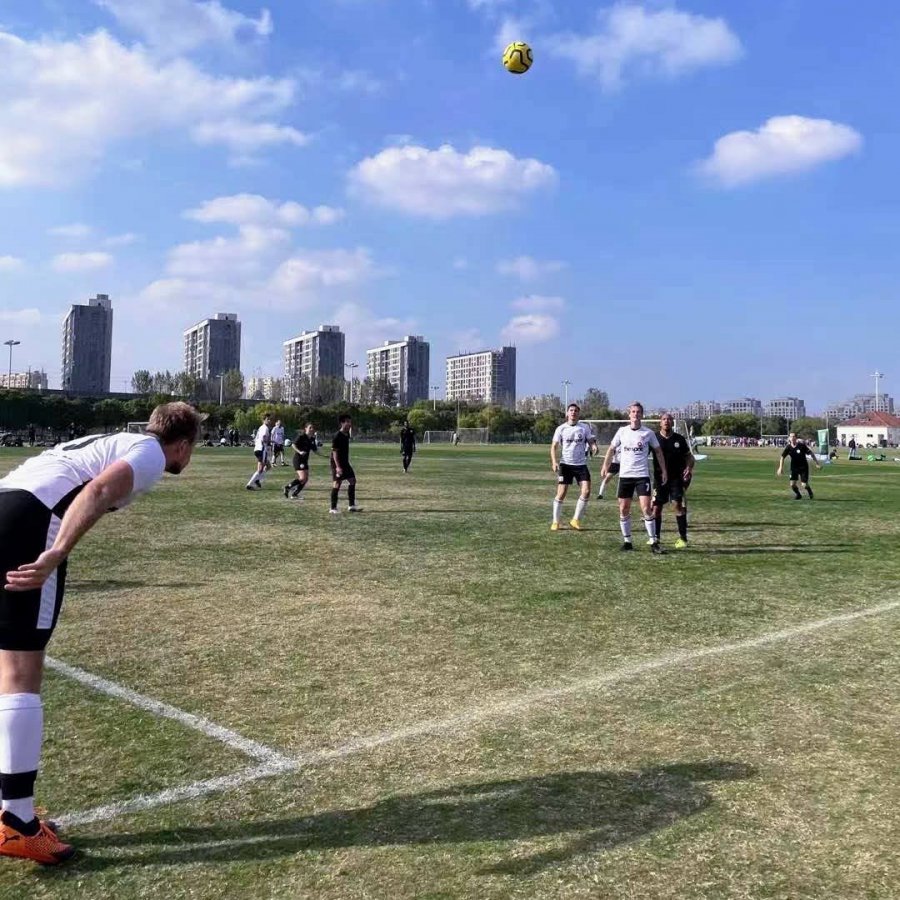 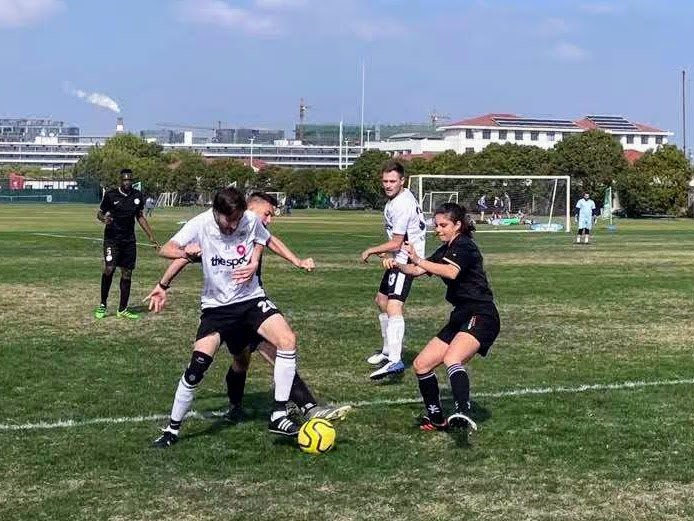 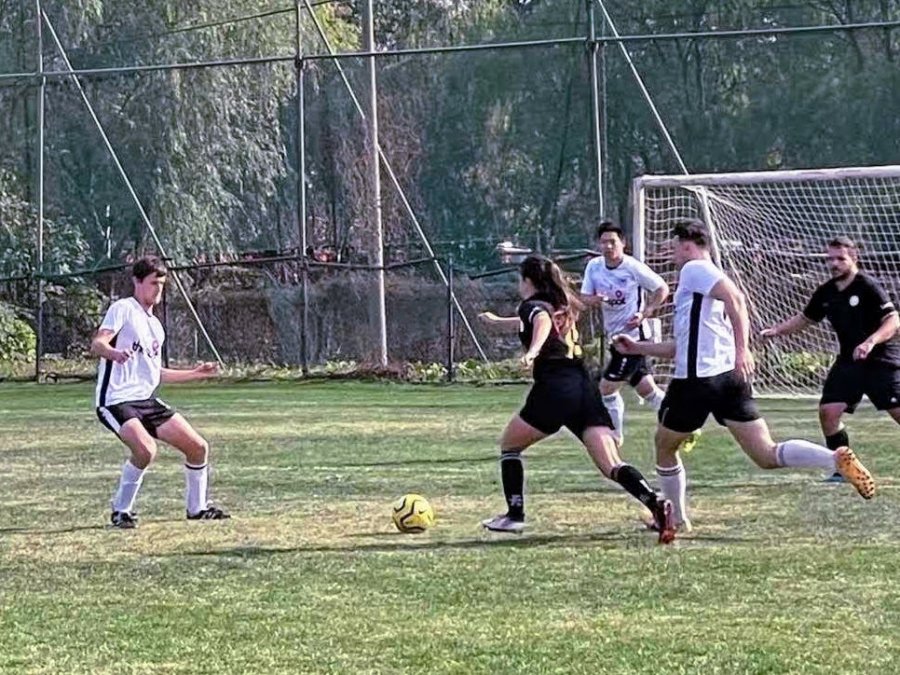 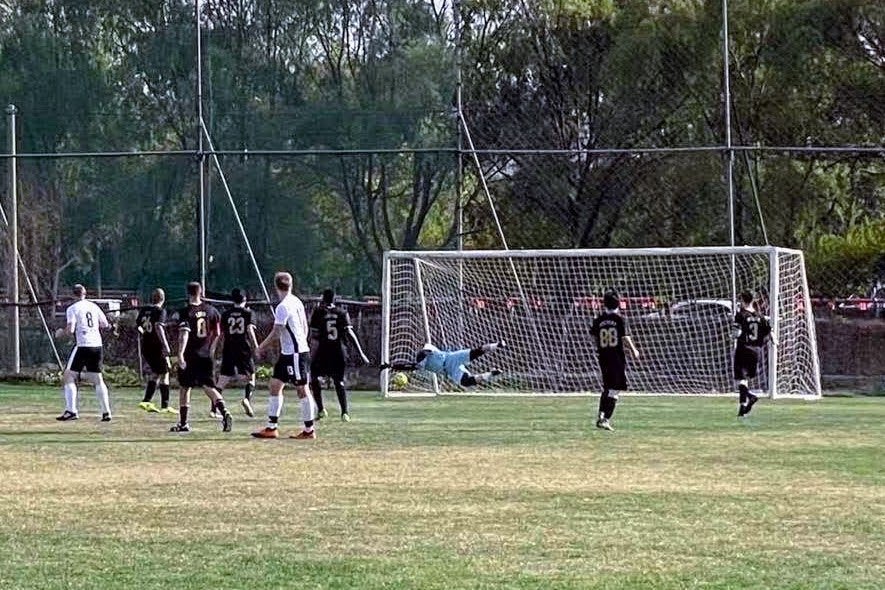 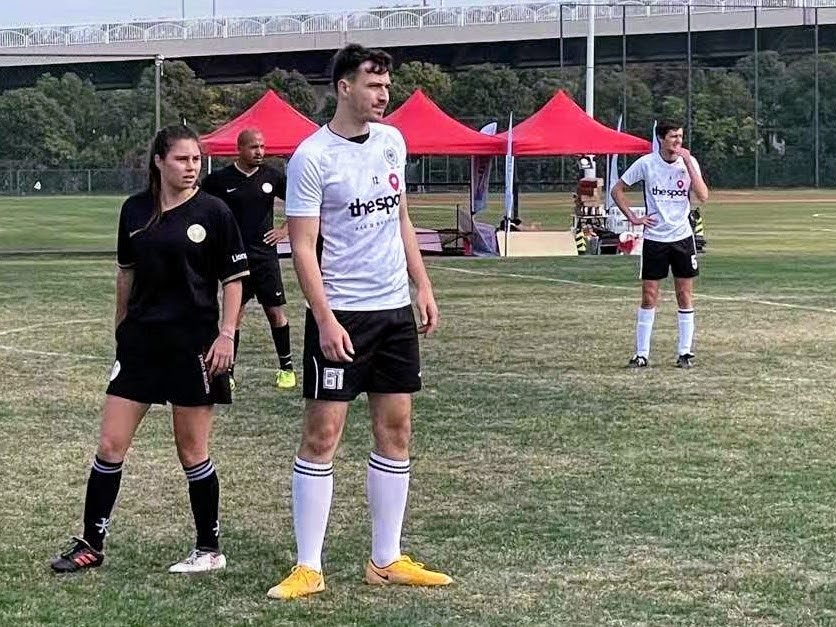