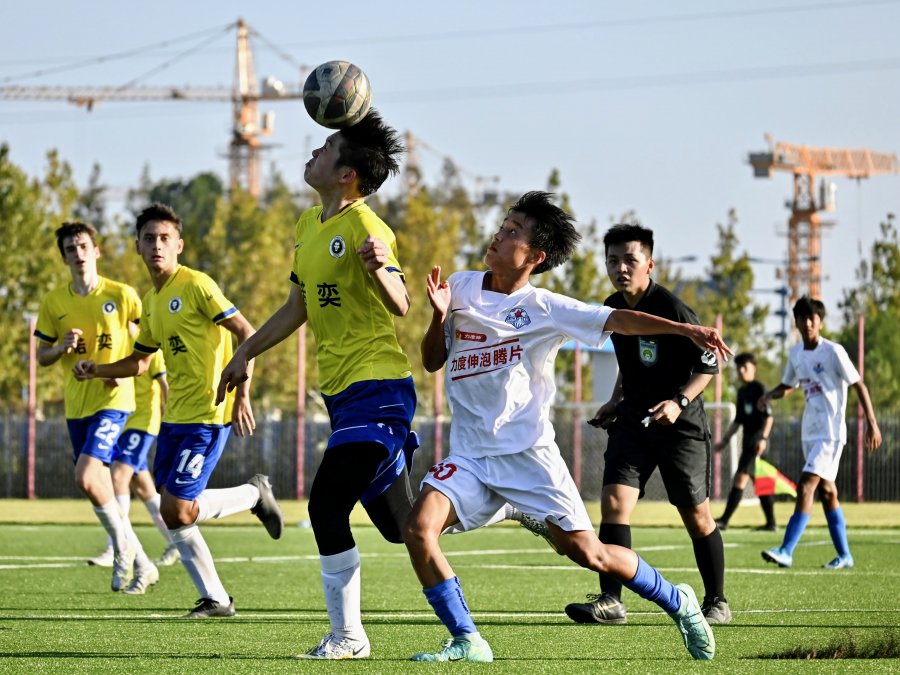 For our 2nd match in the 2021 Shanghai Youth Football Club League (SYFCL), we had a couple of players coming back into the squad. We were looking then for a good match against Lucky Star (幸运星); a local academy team that has been playing for several years altogether.

Our objective at first was not to concede an early goal as that is what happened against Shanghai Shenhua FC last week. We did start well controlling the midfield but did find some trouble caused by their super-fast right-winger. On our side, we were looking for a counter-attack as their backline was not that strong except for their No. 2 who was a real playmaker. They did score first after we were not strong enough from our goal kick as the ball was intercepted. However, we bounced back soon after when Max scored with a header on a corner to make it 1-1.

In this spell, we were the better team and it was more likely we could get another goal but 2 mn before halftime, we lost the ball up front on the right and they countered super fast… Jay, our keeper saw their effort slide under him to give them a lucky lead.

After the halftime talk, we stressed to our players the necessity to believe in themselves in order to turn the game around. The game-changing moment came 10 min the 2nd half when JP was caught on his own at the backline… He tried to prevent the Lucky Star (幸运星) player from scoring by blocking the ball… The opponent tripped and the referee gave a free-kick right outside of the box. We protested against the free-kick but couldn’t believe the referee also gave JP a red card!!! Incredible!!!

With 10 men against 11, we showed a good team spirit and kept fighting. Ultimately, we got hit when they scored the 3-1… In the last minutes, it was too hard for us to bounce back. 5-1 as the final score.

We know that if the team was intact we surely would have had a better result. Nice team spirit still and we know all the players gave their best today. This coming Tuesday we have our next match at 12:30 against another local academy.

Let’s get a good result next Tuesday!