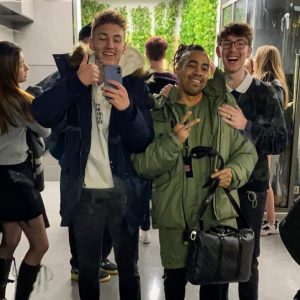 Last Saturday, it was cold with a strong wind coming from the North. Our first team had a friendly against U19 J-Academy which was good preparation for our upcoming match against Voodoo next weekend. Our goalkeeper woes seem never-ending this season with Juliano still injured and Marcel still in Germany. Therefore, we had Philipp to “goalie” volunteer for this game.

J-Academy started strong and were much more aggressive in the first 10 minutes. On the 1st corner, they took the 0-1 lead with the ball slipping into our goalie’s hand. After 15 minutes, Patrick got in to help organize the defense… It proved to work and our team got better organized and slowly play better and better. Finally, it was Dan who equalized for us just before half time.

With a strong wind in our back in the second half, we were confident to win the game. J-Academy found it harder to come out while on the other end, it was easier for us to put pressure on them. As a result, Tomas put us in the lead. While we let Yuxuan make his debut as a right-back, Masa-san went up as our striker. Good coaching as it is him who scored the 3-1. Despite several other scoring opportunities, it stayed like that. It was a good second half after a poor start of the match.

A good start and well-done Lions!