It was a good Lions weekend !

It was our first weekend after the CNY holiday and actually a lot of players were hungry to play again after such a long break !

On Saturday we had a SIFL Cup game versus Anzacs ! Cup games are always different and especially when its versus a lower division team. Key for us was to take the game serious and this was more difficult as at 1500 kick off time our opponent had only 6 players ready. However they arrived all 15 minutes late so we tried to stay focused and that worked well as we scored two goals within the first 7 minutes as Romain scored first after a good combination play and Nicolas are left defender scored the second with a good strike when he pushed forward. We kept on passing the ball around and it was a great corner from Patrick who found the head of Fabie who hit the ball good in the far corner of the goal to make it 3-0 ! At half time the Anzacs had a serious team talk and they promised each other to play and fight harder in the second half……………………but within one minute Fabie was on the run and by passed three defenders to hit the ball in the top corner ! In the end Romain added another goal and sealed our 5-0 win. After the game Aki our new finish player had to sang a local song to announce his entrance to the Lions which was awesome as nobody understood a word he was singing !

On Sunday the Lions played Super 48 the much improved Japanese side in the SPL ! The weather turned bad with cold rains and winds and it didn’t help that we only had 11 players at kick off, including our President who realized he increased the teams average age  by a mile. Luckily for him his son Rick (16) played and helped to bring the average down a bit ! The Lions started well and soon took the lead by a good strike of Nicolas M and 5 minutes later we got a penalty awarded which Dave wanted to take to boost up his score tally ! A loud shout from the back “You better score this Dave” by Mr Georg set the tone as some team member wanted the President to score and politely he missed ! However Dave in fine form scored from good combination play in the midfield and he scored his second from a Simon free kick ! 3-0 at half time but Super 48 got a goal back after a penalty awarded. However a great cross from Nicolas C landed on Dave’s head to make it 4-1. Dave scored one more and we gave a goal to the Japanese to make the final score 5-2. Good performance with a great spirit and another win for the Lions !

Next weekend we have a massive game versus the Azzurri on Saturday as we need to defend our 5 points lead in the SIFL ! and on Sunday we play Japan in the SPL and the veterans will kick off their new SPL Veterans season against Super 48 ! 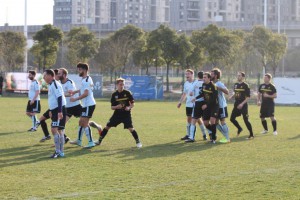 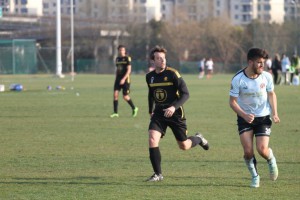 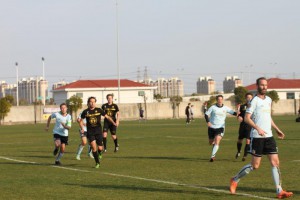 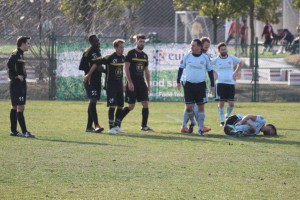 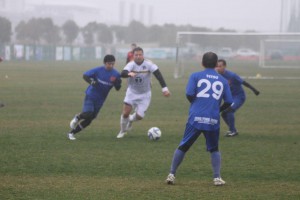 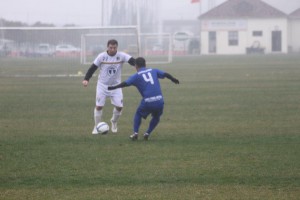 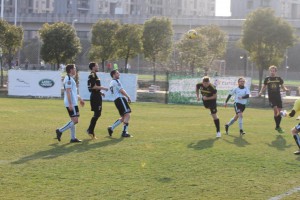