Hungry Lions off to a good start in the SIFL

What busy football weekend the Lions had !

It started with the French legendary team versus the Scottish. A tight game where the Scottish showed a bit more character to seal the victory.

Right after that game it was the opening game for our First team versus the Germans. Last season we had a black out and lost against them but this time we were well prepared. A good start is essential if you want to win the league and we knew that a 1-0 victory was not enough. At half time we were leading 3-0 but we all decided that we wanted more and demolish the German further. Within 5 minutes into the second half we scored another 3 goals. Benji was gifted his hat-trick by Allan who later admitted to have received an undeclared amount of RMB’s from our top scorer ! Final score 8-0 and with the win and both the Shooters and Azzuri dropping points we are leaders in the SIFL !

On Sunday there was another hungry Lions team in the SPL they scored 10 goals versus the Galacticos and kept a clean sheet. They are back in the race as the Hawks and Marlins tide 5-5 !

At 1600 pm the U18 made their debut / the Japanese game unfortunately was cancelled but we managed to get two 8 aside squads ready. The youngster beat the Lions 4-3 and this gives us hope for our future !

Great weekend and we are already looking forward to next weekend ! 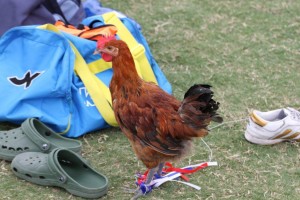