It was a perfect day weather wise as the sky was blue and pollution was close to zero. We had a solid squad and were happy to have Clement to be stand in goalie after Pascal was so unfortunate to have snapped his Achilles the week before. Also it was good to see Thomas Gauthier back on the field after a long absence due to a knee operation !

Scotland started slow and we adjusted in the first 10 minutes to their game which was not our intention. However after we got awarded a penalty which Bob converted we started to play good football ! Bob scored his second and James, our birthday boy (46), scored a third. Of course 3-0 up in the first 20 minutes is a good result.

Scotland did cause us some problems as they managed a few times to get behind our defense but Clement made a good save and the Scottish didn’t finish the final ball on target. James scored a superb header after an excellent cross from Kevin. The Scots got one back which they deserved at the point of time and Kader who tried to shoot with his left foot and later with his right decided not to use his feet any longer scored with a nice header to make the final score 5-1 !

Time to celebrate and to have some beers with Max who came over after he completed the Shanghai Marathon in 4.28 in the morning !

Next Sunday we play Japan and we can clinch the tittle !

The standing after yesterdays games :

Lets all come to the training and be ready for this weekend massive game against Japan! 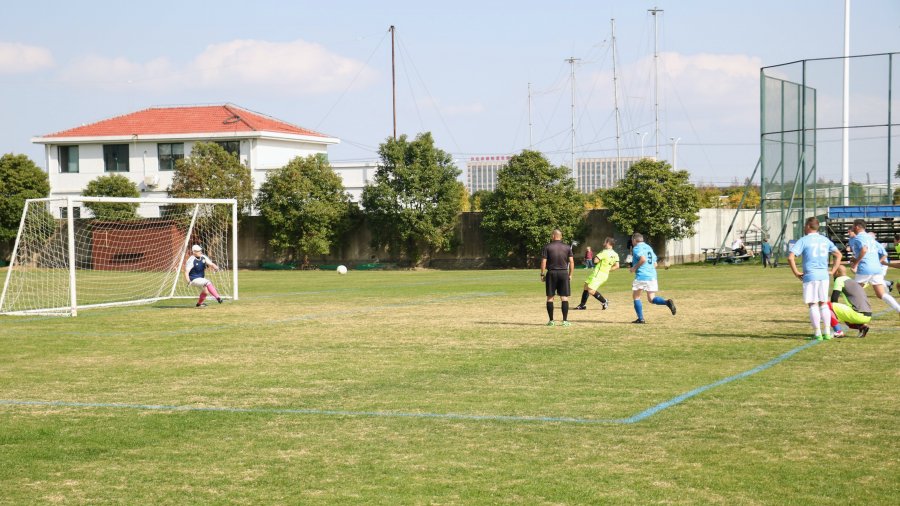 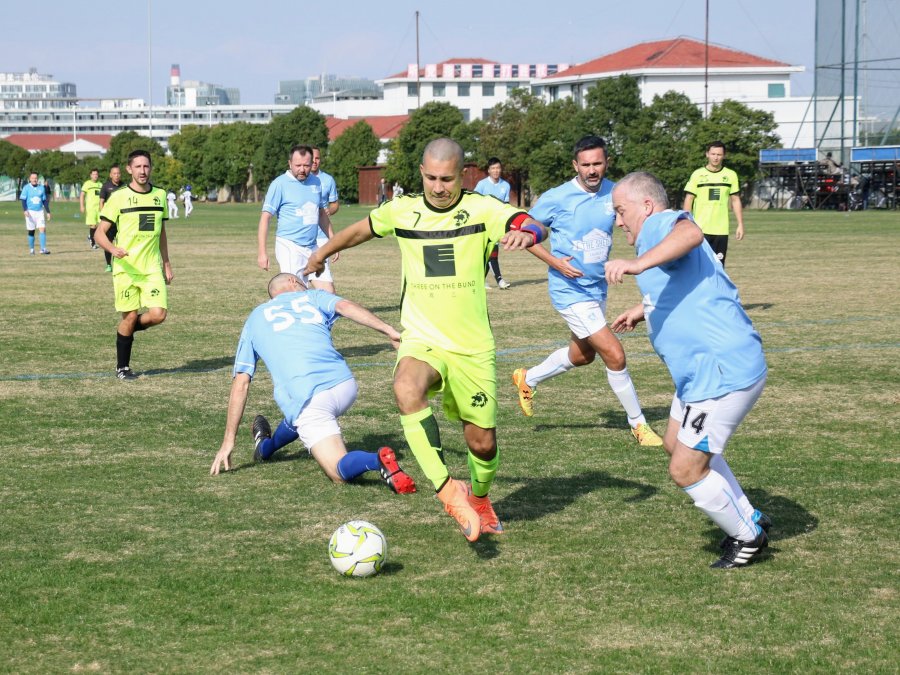 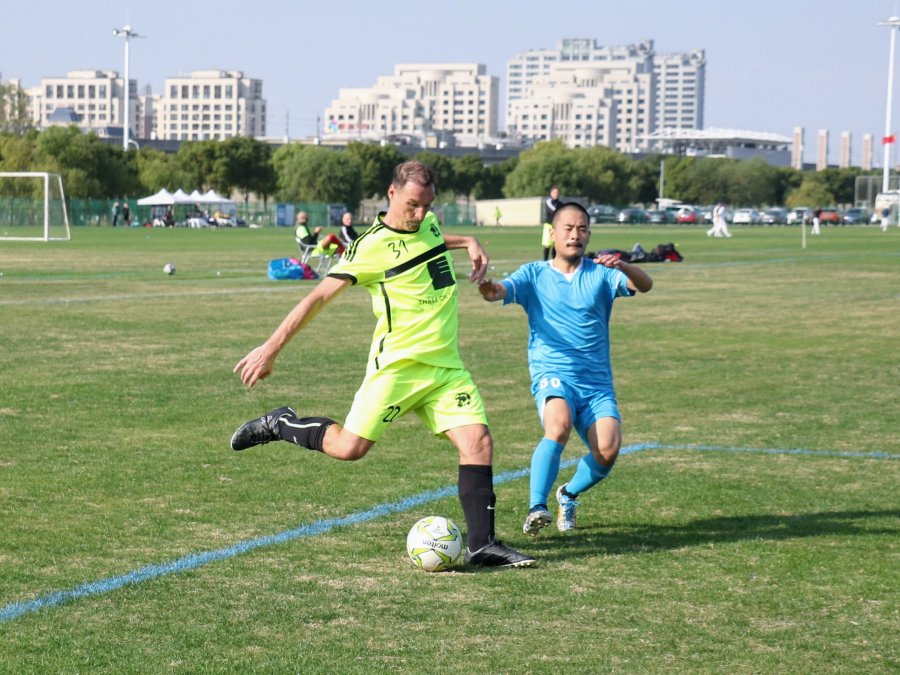 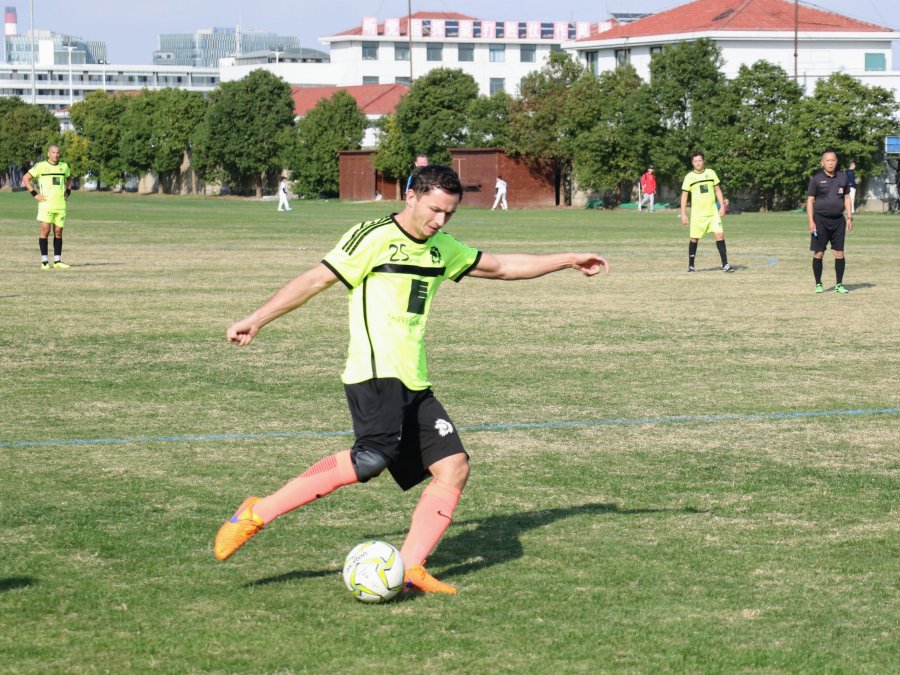 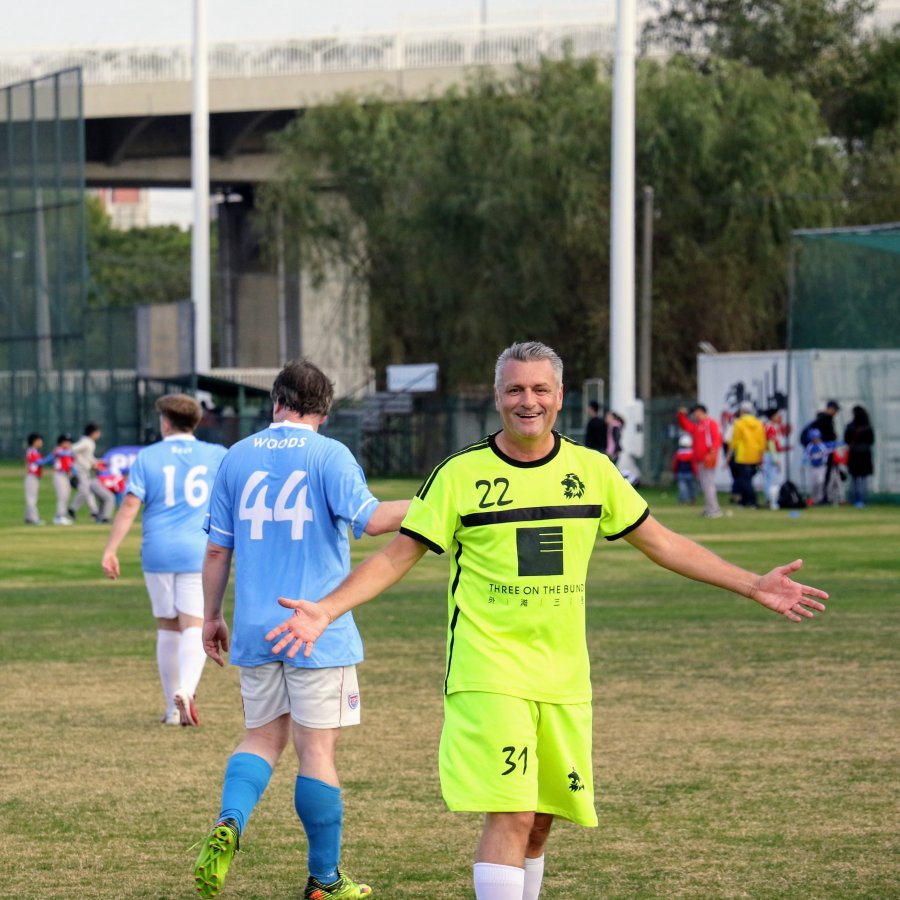 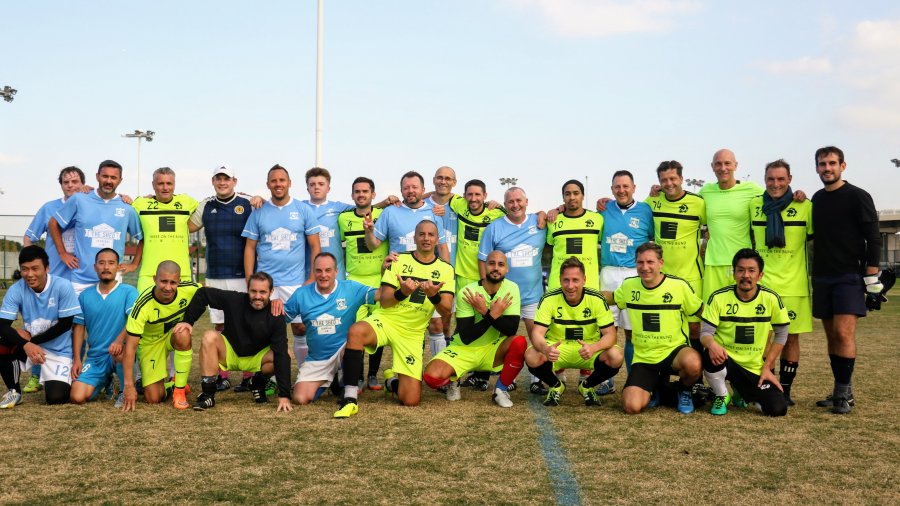