The weather was great and the pitch not bad ! The legends were up against Strosso a Japanese team with the typical Japanese style of playing which mean they never give up and keep running fast until the very last moment.

We had several key players missing for this match but with the return of Yohan (one of the old guard Lions / Les Bleus) we managed to bring a 12 men squad helped also by Julia, our upcoming talented youth players.

In the first 20 minutes we were up 2-0 goals by Nicolas and James. In the second 20 minutes Sam made it 3 and Mike celebrated his first goal ! Strosso came back with a goal and we also lost our keeper Clement, very unfortunate, as he twisted his ankle by himself ! Igor, our new player from Ukraine, took the position as keeper and Mike scored another one which he celebrated by taking off his shirt ! Strosso pulled one more back and in the last 20 it was Max “Schmeichel” making his debut as keeper. Our President give an assist to Mike to fulfill his dream as he scored a Hat-trick for the Legends and at the end another President assist found James he didn’t hesitate to score !

Overall a good match and the beer tasted good afterwards ! 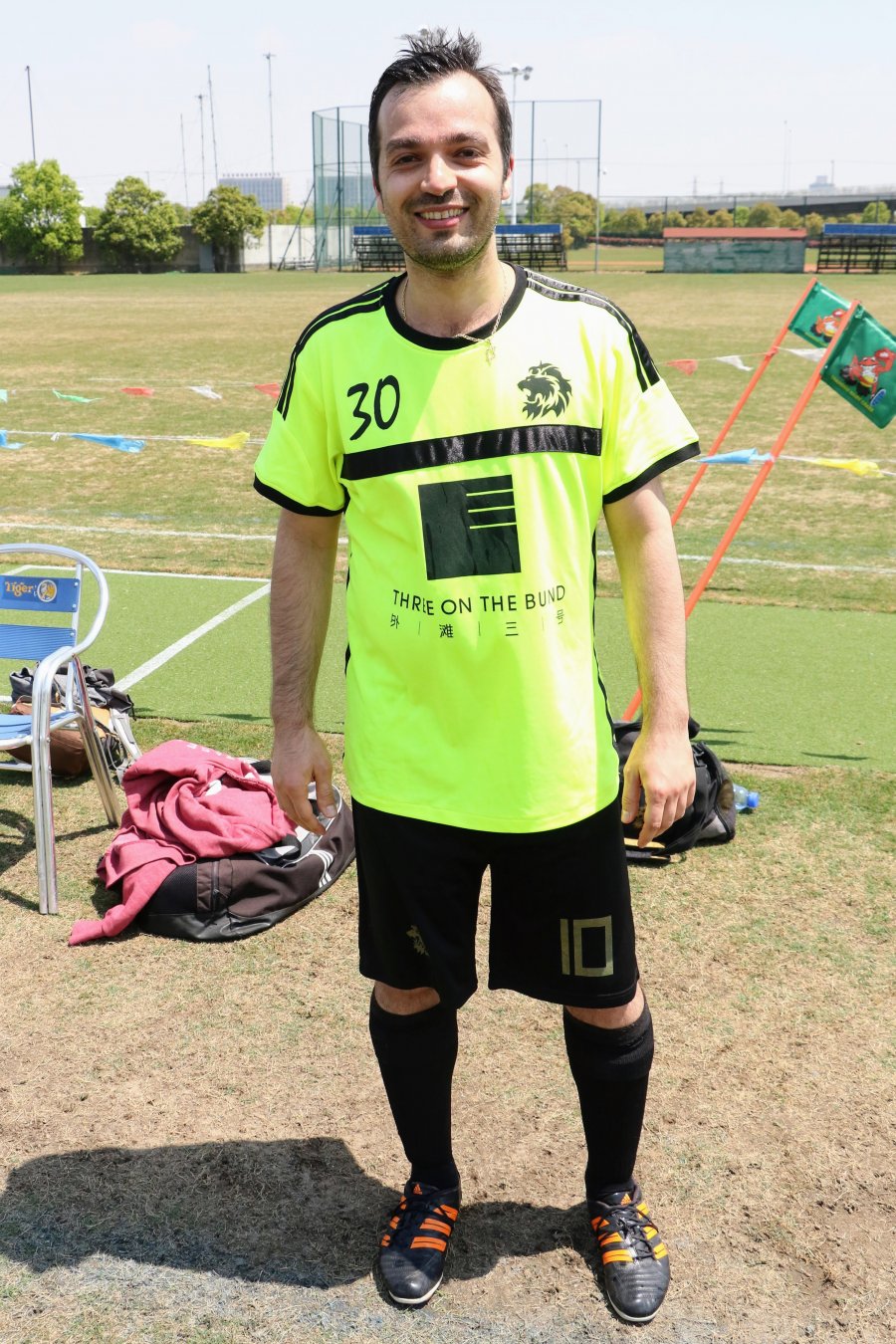 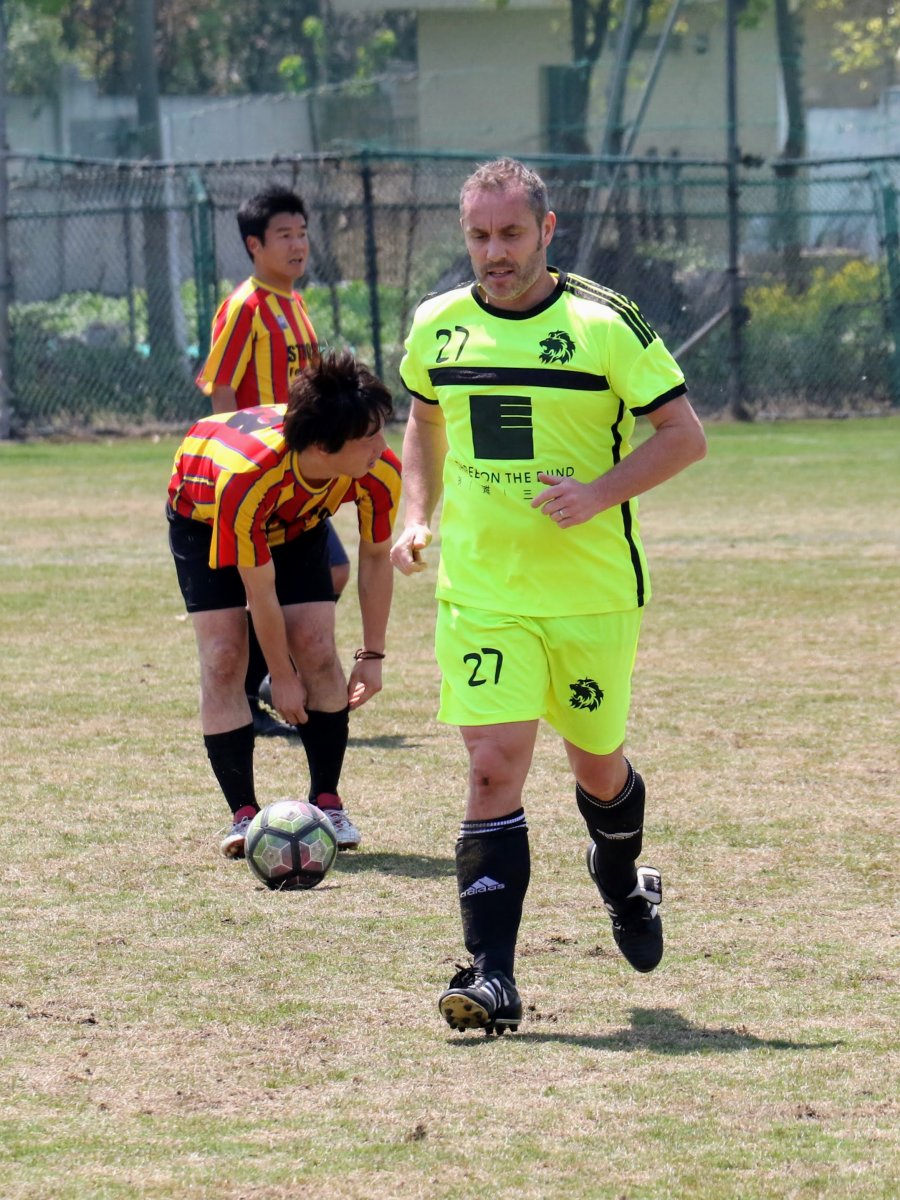 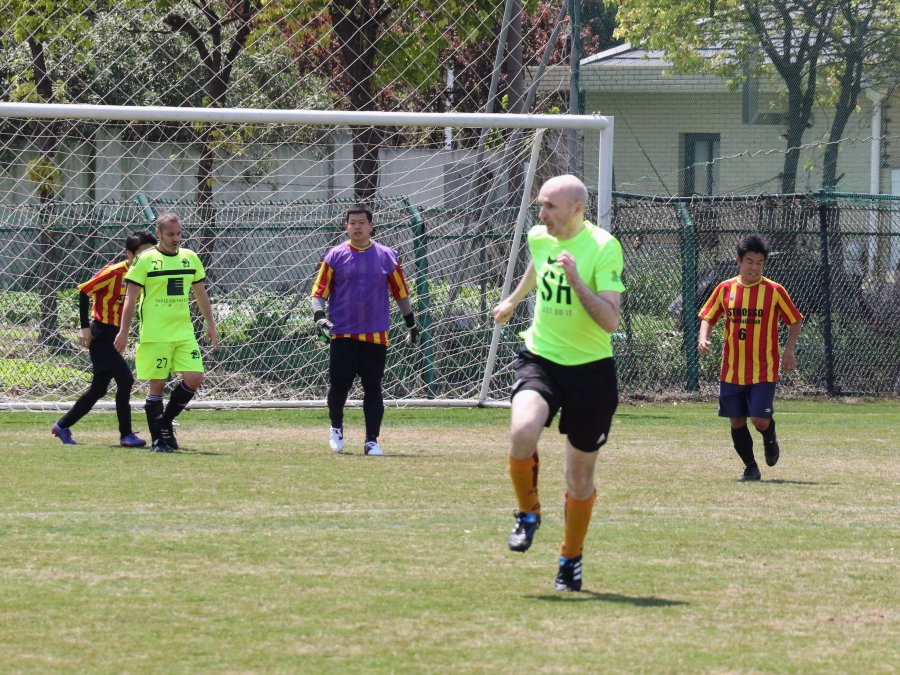 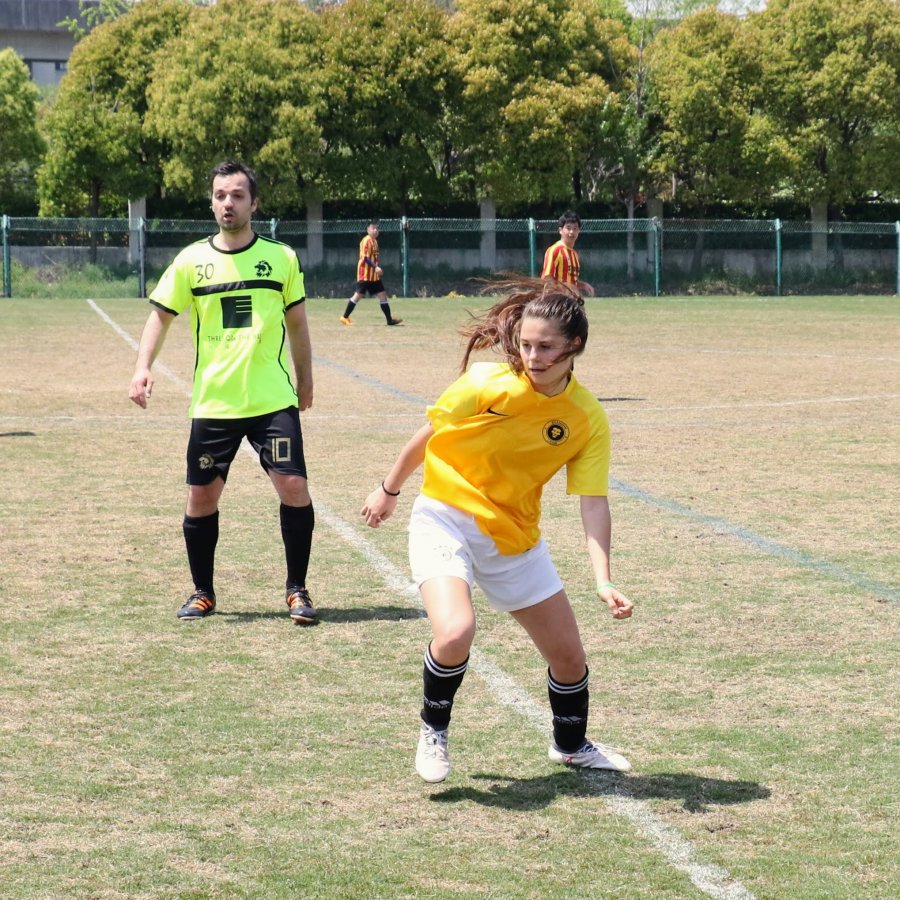 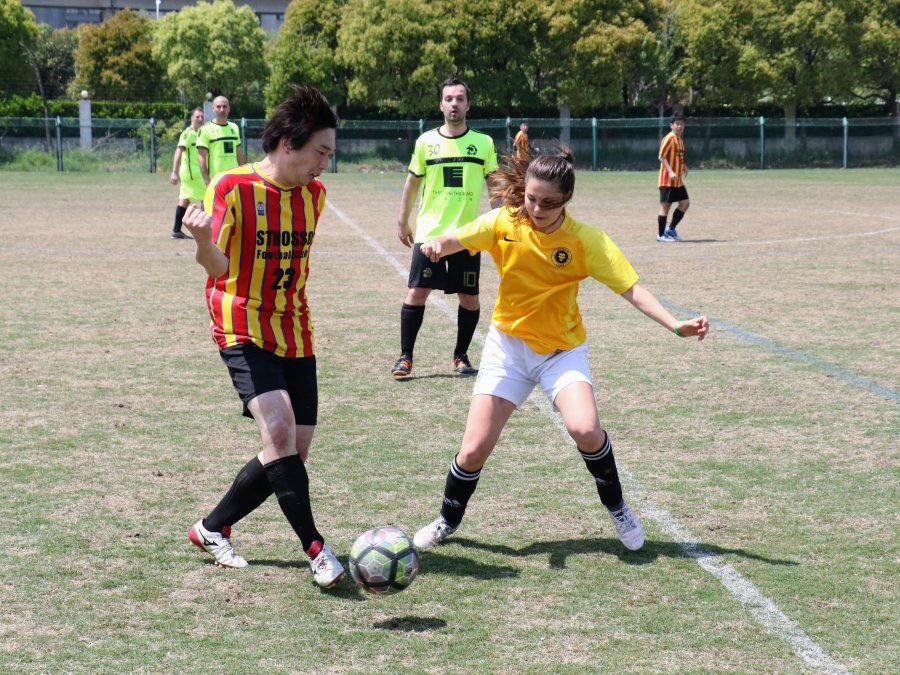 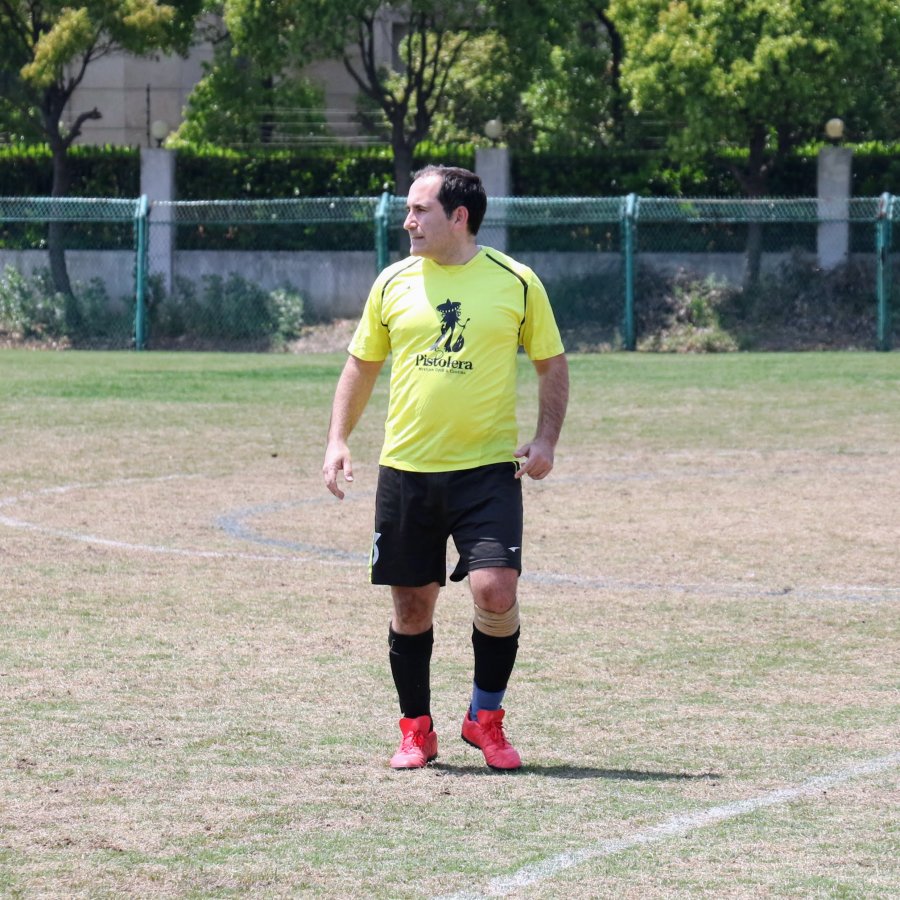 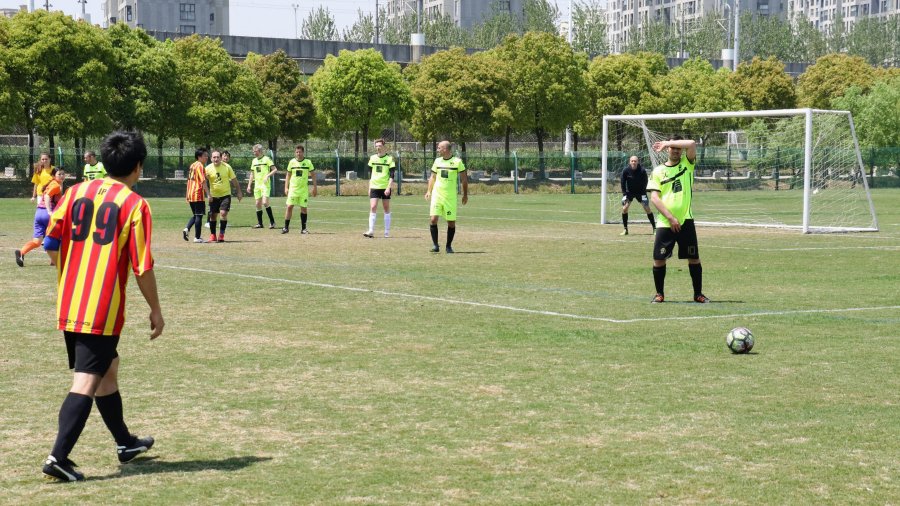 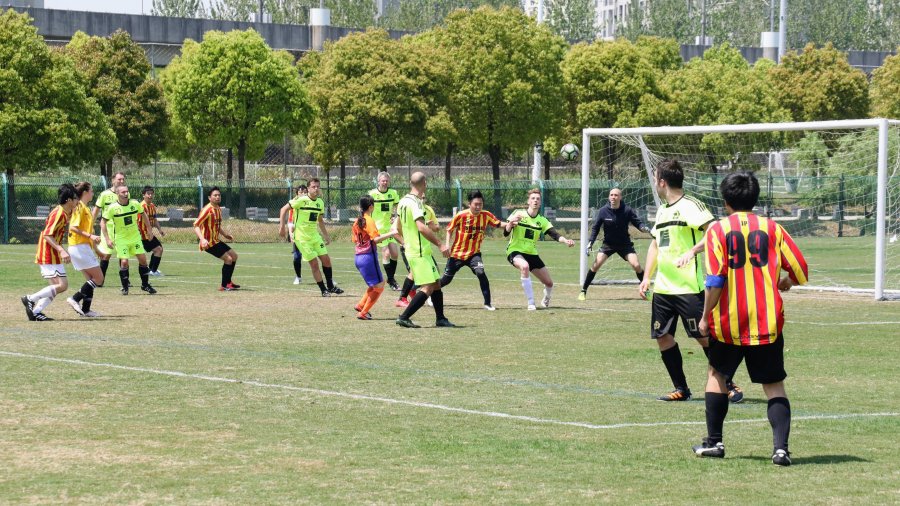 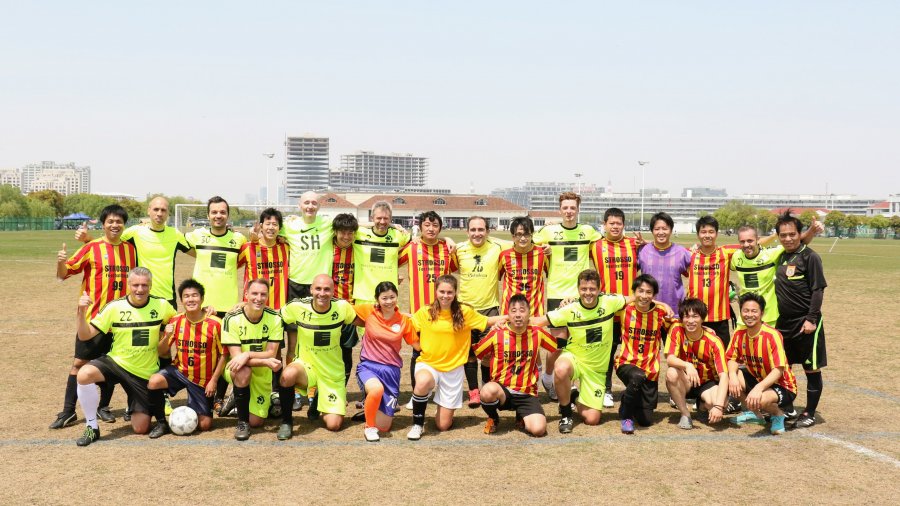