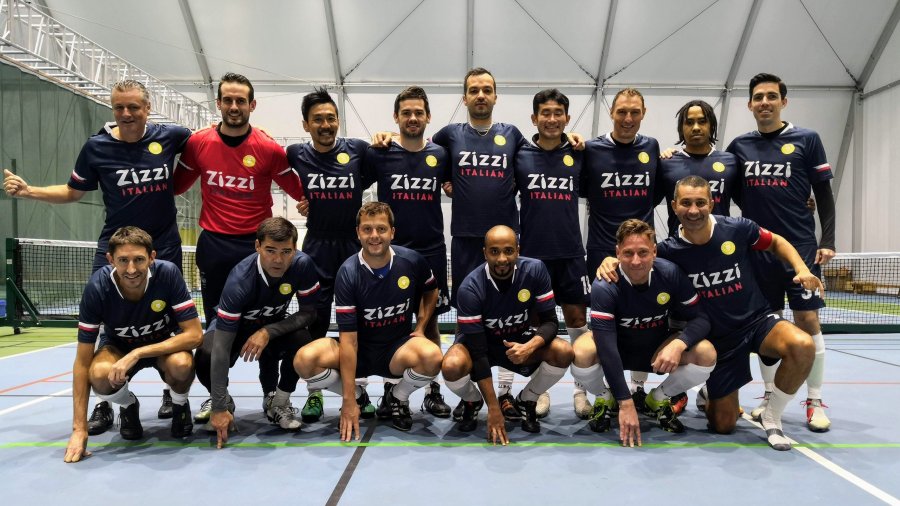 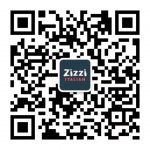 It was not a beautiful day but somehow soccer players like rainy days ! The only issue was that our captain Fred was missing with our new set of jerseys and with the quick-off time approaching we were running out of time… Finally, he arrived 5mn before kick-off and the highlight of the day was our happy team picture showcasing those “Zizzi Restaurants” new outfit ! 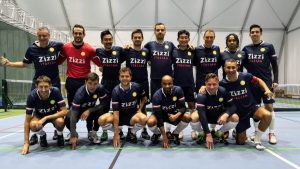 We had a strong squad but Wales had a large squad as well and decided to park the bus ! They kept all players on their half all the time however with good possession and short passed we took control of the game.

In the first 20mn we kept it at 0-0 which was ok. In the next 20, Dave opened the score as a final scorer after great combinations from our side ! This was a game changer as Wales aborted their “bus tactic” and it gave us more opportunities especially on counter attacks ! Soon, Dave scored his second and when we started the 3rd 20 minutes we knew that to keep the clean sheet would give us the the three points ! Our defense stayed focus and in the last 20 minutes we knew what we had to do in order not to give it away ! The President came close to score with his first touch in the match when he came on in the last 20 minutes after a great cross from Mamdouh but his effort went wide ! Just before the final whistle, one last great save from Clement helped us keep the clean sheet which bring us back close to the top of the SPL V at equal points with Scotland !

Let’s all make an effort and come to the trainings on Tuesdays ! With both Japan and Emeral having lost points there can be an opportunity for us if we are serious enough !