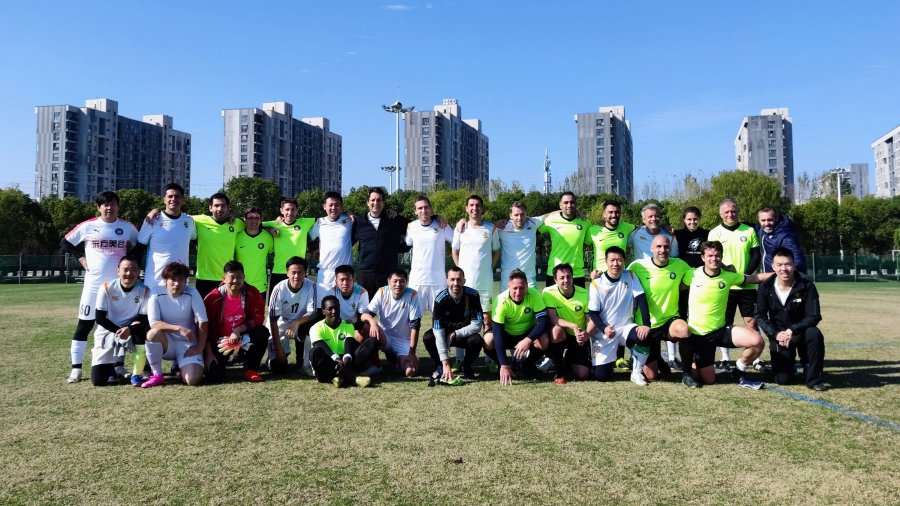 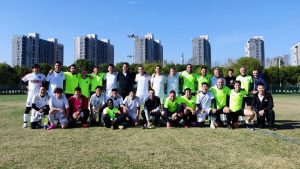 Last Sunday, our legends were up against Wellington Champs to relaunch the machine after the defeat versus Japan FC the game before. For this game, we were missing a few players… Among others, our goalkeeper Clement was missing… He had a good excuse as he had been trapped the night before for his bachelor party. Luckily, this was anticipated and a few seniors came to complete the squad.

In the 1st quarter, we were organized in 4-4-2 with Sylvain & Julia in the middle. We combined very well in the 1st 15 minutes and could have scored 2 or 3 goals… Unfortunately, the finishing was not there and we got punished on Wellington’s only opportunity with a free-kick on the far 2nd post. It landed on an opponent who crucified the keeper on a close shot. A wake-up call for the legends who reacted immediately with a goal from newbie Tiger.

At the break, the coach’s speech was pretty positive. Oddly, the machine got stuck in the 2nd quarter… We lost our fast short passing style and started to throw long balls upfront. It didn’t work with the same punishment… An easy pass ended up in Wellington’s striker feet while we had an easy ball in defense. As a consequence, he finished us off while our keeper FL didn’t know if he shall move forward or keep on its line. 2-1 for Wellington Champs at half-time.

Nothing special to be mentioned about the 3rd quarter with a lot of approximations on both sides. To be honest, it was not very pretty to watch.

In the last quarter, our objective was to score a minimum of 2 goals in order to keep a minimum hope for the title race… Easy to say but not always easy to do! So, we started to play higher on the pitch and press our opponents. It proved to work with the attack being able to create several opportunities. After 10 minutes, Tiger scored his second goal quickly followed by a third. 1st hattrick for his 1st game for the legends… well done! 3-2 for the legends and final score 🙂