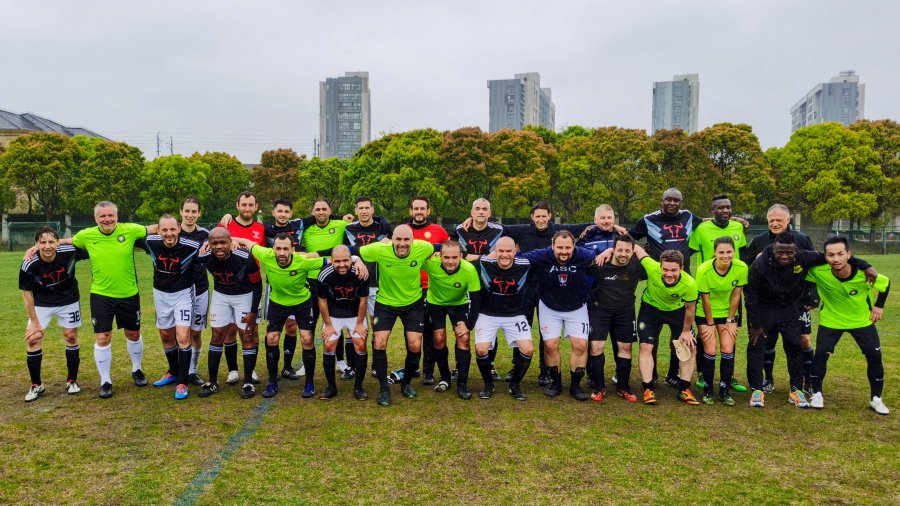 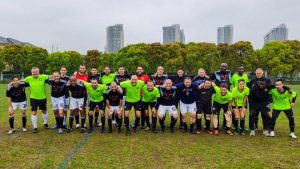 Last Sunday, our legends were against French Bulls for the 1st match of the league’s 2nd round. In this 2nd round, the top 6 teams will play each other once more while it will be the same for the 5 bottom team.

We could not show up for that game with our full strength… A few players were missing as well as our coach Bob. Unfortunately, we also got a few late cancelations just before the game. On the other hand, French Bulls were motivated on their side bringing their pro / ex-pro / semi-pro 30+ yo Cameroonian player. Whatever… and you’ll come back for “fading away” veteran spirit…

Let’s be straight to the point, our 1st quarter was a disaster. We were barely a few minutes into the game that we took the 1st goal on a corner. A few minutes later, the “pro” sliced through 3 or 4 of our players in the midfield to score by himself. He again a few minutes later with an assist. 3-o down after 20 minutes.

During the break, the president told us to forget about the 1st quarter. He asked us to wake up and start a new game which we did. As a result, the 2nd 20 minutes were much better. Despite a few opportunities, the scoreboard remained the same. At some point, Pat who has been called earlier in the morning to complete the squad arrived which helped us in a great manner.

In the 3rd 20 minutes, we scored our 1st goal with Tomas. Unfortunately, we did another small mistake in the back and the French Bulls scored again for the 4-1.

In the last 20 minutes, both teams were pushing and it became kind of “Hourra football”. The French Bulls scored again on another mistake from our defense. However, we maintained the spirit and kept attacking. This paid off with 2 consecutive goals from Aki & Nico. 5-3 for the French Bulls as the final score.

Our legends were of course disappointed with the result. If we forget the 1st quarter, there’s still some positive to take from this game… Let’s remember that. 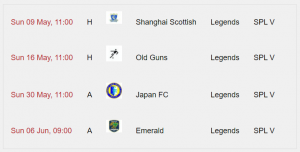