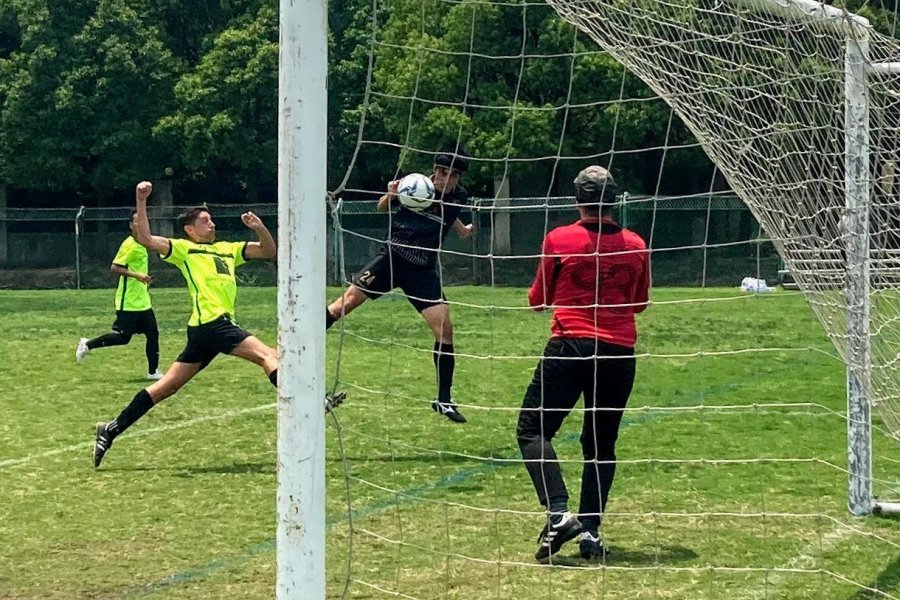 Last Sunday, we knew our legends will have a difficult game vs. Japan FC, whose last year’s SPL V champion. Nonetheless, we managed to bring a decent squad. The only question was “will this be enough to bring a positive result against the champ”?

Before the game, the instructions given to the team were to play as compact as possible but also to try to score on free kicks or corners because we were supposedly better in that exercise. Also, we decided to organize the team in a 3-5-2 formation. The idea was to block Japan FC on the wing as they always have fast players on the side.

In the 1st quarter, it looks like our strategy was working. Japan got a few opportunities in counter but our defense was vigilant with some good interventions by Clement or Jerome. In response, we got opportunities as well especially with Tomas who came one on one against the Japanese keeper who made the save. Despite our good intentions, Japan struck 1st on a beautiful freekick whose Japanese defender just had to tip into the goal. 1-0 down for the Lions after the 1st quarter.

In the 2nd quarter, we kept our head up sticking to our plan. Japan got again a few opportunities but every time we responded with Hira notably. With the minutes passing by, we could feel however that Japan’s “one-touch” football was starting to pay off. On a triangle combination on the left, they suddenly cross over the ball on the other side. It landed into their winger who crossed again into our box without even looking… It’s like their winger knew their striker will be there in the 1st post. Goal and 2-0 lead for Japan.

At the half-time break, the coach insisted on the positive points. We had almost as many scoring opportunities as Japan but the difference being they were surgical in the finishing while we were not. As we felt that our opponents were eventually tactically, physically & technically better than us, he also insisted that we needed to keep smart on our pressing to avoid falling on their traps.

In the 3rd quarter, the overall plan collapsed as we quickly conceded a goal followed 2 minutes later with another one from a long-range “beautiful” strike. Heads were down and our legends were in pain. 4-0 down at the end of this quarter.

The 4th quarter was not any different and Japan scored another 2 goals to make it 6-0 at the end of the game.

We still have one more tough game to go against Emeralds to finish SPL Veteran season 2020/2021. After that, it will be time for a little football break and recharge the batteries. During this break, we’ll have plenty of time to think about our future ambition. Each of us would have to think as well about the level of investment & efforts he’d like to put for next season.