There was a misunderstanding on the kick off time as early in the season we saw the game was scheduled at 900 AM but it got changed at a later stage. Luckily we picked up the change on Friday and still could inform everybody on time however Dim our regular goalie was not available in the morning. Our search for a stand in goalie was not easy but we found Tom a room-mate of Jack who apparently used to be a good goalie during his students time but we didn’t know his last game was about 5 years ago !

We started with a lot of possession however the Dutch were helped by fast strikers from Africa which kept us alert in defense as a mistake could cost a goal. On good attack from us Romain mover around his defender and his cross reached Mathieu who was happy to score our first goal. It was soon after that that the Dutch got a free kick on the left of the box and scored with a good strike the equalizer. It was time to push forward again for us and when Tomas our Spanish forward was tripped we took the lead again after Azzeddine converted the penalty. The Dutch slowly started to run out of steam but got a very lucky goal when they got awarded a free kick three meters from the goal line as they claimed Tom our goalie picked up a ball played back to him and the referee bought into the appeal despite the fact that our goalie chested the ball ! It gave the Lions motivation to push even harder and they got their reward by a corner from Azzeddine which was headed home by Jack. The first half was entertaining and ended 3-2 for the Lions. In the second half the Lions took most of the possession and came close of scoring on a few occasions but failed to score more goals. The referee although equally bad cost us one or two goals on the day which is a pity at this stage of the competition !

Next up will be Reunited who are second with two points behind us so obvious that we want to get a result out of that game ! Let`s all come to training this week and focus on the BIG game on Saturday ! 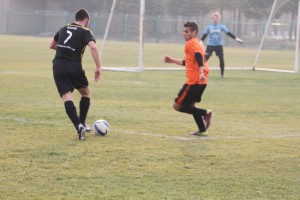 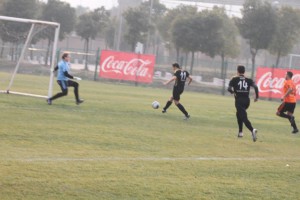 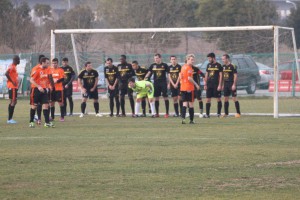 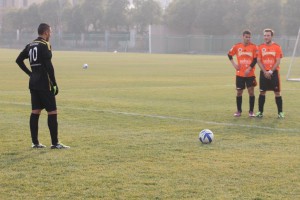 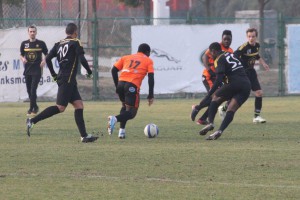