Lions continue their unbeaten run in the SPL !‏

Finally we were back in action !

On Saturday the Lions played in the SIFL opening tournament ! An 8 aside tournament on a small pitch 15 minutes per game. In the first round we played very well and ended top of our group. In the second round we drew the Shooters and Long Tang and were running behind from than onwards on goal difference and in the end were eliminated by the Vikings by one goal.

On Sunday the veterans played a friendly game versus Super 48 veterans and it was great to have 6 young Lions helping out both teams to make up the numbers. In the end it was 5-1 for the Lions but the most important factor was the be out there and play and stay fit. We will organize more friendly games for the veterans to keep the spirit alive and kicking ! There will be a special Master Cup celebration at Morton’s this Friday organized by Fred we hope to see all masters there !

On Sunday the SPL kicked off and our first opponent were the Galacticos who had a serious make over during the summer break. A fresh new team with a brand new kit were upto to it to give the Lions a hard time ! We made the mistake to adjust to their speed and played too slow in the first half it ended with a boring 0-0. 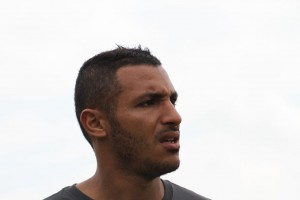 Azz face on the picture says it all whereas 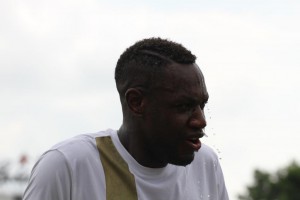 Patric on the picture tried to tell us that it was too hot. God bless we had several fresh youngster ready to play in the senior team. They created more danger and were moving all the time. In the end Dave broke the dead lock with a fine header from a corner. Nicolas our only left footed player on the pitch scored his first ever goal from a free kick to make it 2-0. At some point we had 6 U17 players on the field which made it our youngest Lions team ever playing in the SPL. Rick who arrived in Shanghai when he was three years old (see picture) and became a Lions mascot in his younger years now was ready to make his debut 12 years later. It was special to see so many young Lions playing well ! 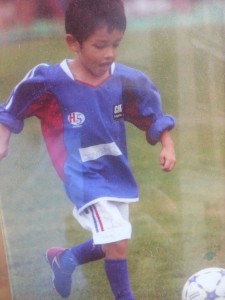 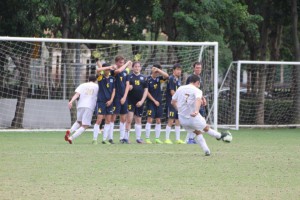 ybody to come to the trainings on Wednesday as the SIFL and the SPL will have games this weekend !