On Saturday the Lions faced the Orange a must win game because our closest competitors both won their games. Our game plan was to start aggressive and get an early goal. We did just that right after kick off within one minute Romain nicely put the ball in the top corner. Full of confidence we started to look for more goals but the Dutch Wall stood well and beside Felix hitting the post our other efforts were not on target. Danni did make it 2-0 with a header just before half time. In the second half we pushed for more goals as the goal difference is important at this stage of the competition. Right after the kick off of the second half we struck again and this time it was Patrik who finally scored for the Lions with an easy tip in ! Actually the dutch played better in the second half as they pushed more forward and created a few chances however it left their defends exposed on Lions counter attacks ! We did work on our goal difference as with more goals from Danni, Tevz, Benji 2 x and Azzeddine 2 x the game ended with a 9-0 win ! The president keen to get on the score sheet as well had a great chance when he was alone in front of the keeper as his head said chip it over him but his feet didn’t listen as the ball was an easy catch for the dutch goalie !

On Sunday the Lions faced Japan and were having a thin squad without their regular goalie Dim who was replaced by stand ins Garret and Francois. The start was good as the Lions took a 2-0 lead with goals from Tevz and Gwenn with a 30 meter blast ! In the second half Japan came back and scored so in the end the Lions had to fight and dig deep the keep the three points and stay on top of the SPL ! They just did that !

Next week were are off due to the Qinming Festival but the weekend after we have big games ahead of us ! On Saturday we will play the Azzuri and our competitors Reunited and Shooters will play each other in their last match of the season ! Let’s go for all three points and hope they will draw as that would be fantastic for us ! On Sunday we play Super 48 in the SPL with 6 games to go in that competition only a win will do !

Let’s all join the training to stay sharp and focused as we are reaching the final stages of the season ! 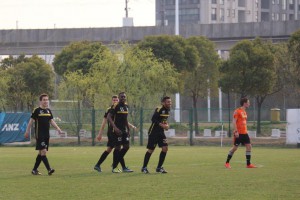 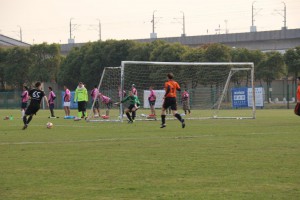 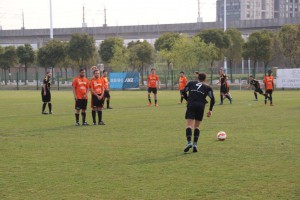 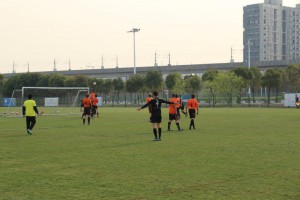 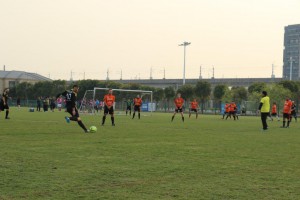