Lions Legends beat Wales 5-4 to stay in the title race !

We had a solid line up today with Jeremy missing as he ran the shanghai marathon and fred our captain half fit as he just completed the half marathon before the game !

Wales looked fresh and sharp with plenty of new players. Charles was our target man upfront helped by Therese who would make the runs to create space for Charles. We started well playing good combination football and it was no surprise we took the lead after a great through ball from Claus who put Charles one on one with the keeper. Wales protested for off side but they under estimated Charles speed and position sense ! When we thought it would be an easy game Wales struck back on a fast counter to make it 1-1. No panic from our side as we played a solid passing game however another very fast counter from Wales on the left was finished well by one of their youngsters 1-2 ! Suddenly we looked in trouble however a small change in the tactics put us back in shape a great strike from Claus leveled the score and a hand ball well spotted by the referee gave us the lead as Charles scored from the 11 meter spot ! We missed a few great opportunies to put the came to bed but we failed to score despite the great build up ! It was a lucky own goal which gave us a 4-2 lead. Wales never gave up and we must give credit to them as they showed great spirit ! Gwenn one of our youngest players (35) who was sleepy in the first half of the game woke up and made a great run as left back and ended up striking the ball with his right foot in the top corner 5-2 / a comedy moment after Thierry save a great shot saw Simon and Jerome being caught out by the Wales youngsters. Even they made the 5-4 after we left a gap in the midfield but soon the referee blew the whistle !

It was a great game of football we hoped Scotland would drop points against Emeralds but they nailed it in the last 5 minutes ! We will have to ask Japan to do us a favor next game as Scotland need to drop points to give us a chance to win the championship again ! Sake bottles have been offered to Japan already ! 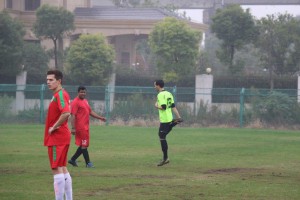 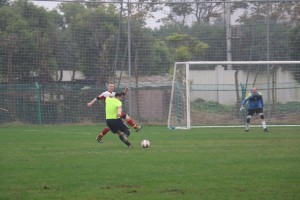 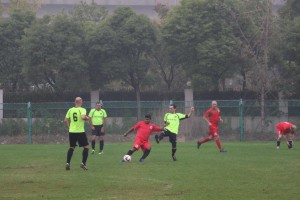 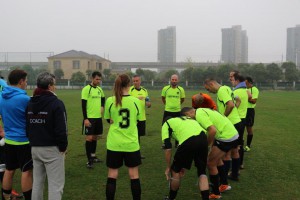 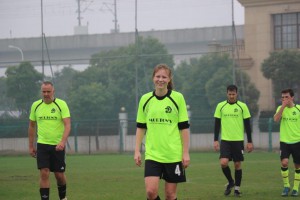 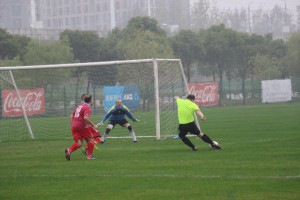