February is always a difficult time in the season due to the holidays and the fact that players are not back to full fitness yet. However its also the time where you can gain valuable points and make a step closer to the title.

On Saturday we were up against Reunited who since last year have been our closest opponent. For them a win was a must for us a draw or win would be good. Of course we made a clear game plan before the match and it was our plan to stay deep to in order not to be out played by a fast counter. However after 20 minutes we found ourselves 2-0 down which is not often the case. The first goal was a penalty given away by us and the second was a fast counter nicely finished by reunited. What stood out during this time of the game is that we never panicked and continued to focus on our play. We started to take control of the midfield and got a goal back by a free kick and cool header of francois our right back. The free kicks kept coming as reunited struggled to stop our attackers and from another one it was a defender again who scored this time Fabie in the rebound. Just before half time we thought we would take the lead when Benji broke out and came one on one with the goalie we thought well placed ball would go in but the Reunited goalie made a fantastic safe. Right from the kick off of the second half Benji went alone again outplayed three defenders and the goalie only to see his efforts just go wide. Reunited started to play more forward and it gave some opportunities for the Lions to play on the counter one of those we outplayed the keeper and Azzeddine played wide to Benji to finish it off but he got fouled well inside the box but the lady referee only gave a free kick……. In the last 15 minutes reunited tried everything to get a goal but our defenders despite the two early goals were brilliant so it stayed 2-2.

Shooters who beat the Azzurri are on top of the SIFL same points as us but we have one game in hand ! We have 5 games to go and have everything in our own hand so lets stay focused and all come to the training and prepare well for our next game against Japan !

On Sunday we were up against the Cowboys in the SPL. It was an important game as a win would put us on top of the SPL ! We had a good mix of young and older players and got help of Tom who was goalie as our both regular goalies were not available. Our game plan was to make use of the speed of our youngster on both flanks and kept our defense deep agains the Chinese team so that we wouldn’t be outplayed. We got several scoring opportunities but failed to score and just when players were getting frustrated it was a perfect cross from Felix which found Arnaults head that gave us the lead. One nil at half time but we knew we needed the second goal to be safe so we let young Simon 16 years of age make his debut as striker. Within 5 minutes he was launched one on one with the Cowboy’s goalie and finished cool. Now the lions were flying and Laid scored a third from close range. Young Simon got another one on one but he just shot wide this time but soon he scored his second after poor defending of the Cowboys. The cowboys got a goal back by a penalty almost saved by Tom who before had a brilliant save when the ball flew into the top corner. To make the party complete Laid scored his second to make the final score 5-1 for the Lions ! The beer after the game at Latina tasted good and it was good to see the whole team out there !

With this result we are on top by one point with Century Park FC but still we have one game less played ! Next up is “el classico” against the Marlins ! Lets keep our winning streak !

All in all good performances from the Lions what stands out this season is our defensive record in both leagues which is a very good foundation for the title race ! 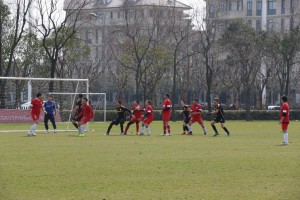 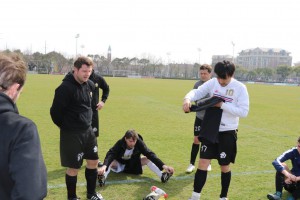 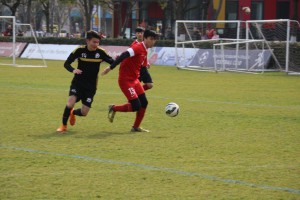 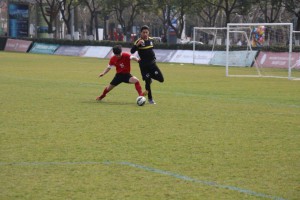 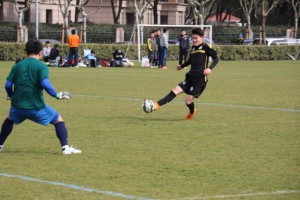