Lions stay on top in the SPL after they beat ERS 3-1 !

The moment we stepped on the great pitch of Century Park it started to rain and it never stopped so it made it a bit harder for the players. For the spectators the game didn’t disappoint as both teams were playing their best and it was a great game to watch ! We had a strong squad with 5 motivated subs on the bench. In the first part of the game the Lions tried to slice thru the ERS defense and especially Tevz managed to get through on the left. On one occasion he was brought down when he wanted to shoot on target but the referee had no intention to give us a penalty. Ers was sitting back patiently trying to overcome the Lions storm but with a brilliant individual act of their striker flipping the ball over Jack and after that over Dim they took a 0-1 lead. It was a set back for the Lions but we responded within 5 minutes when Danni broke loose and blasted the ball in the top corner. Ers was caught off guard by the quick response and soon after made a defensive error which Danni converted with ease. It was 2-1 at half time and we knew it was far from over however the fresh legs of the subs coming in did help the team. We decided to play compact and not to rush forward. In the end we didn’t give a way any scoring opportunity to ERS except for some long distance shots. We were dangerous on the counter both Felix and Allan had great scoring opportunities but the slippery field made it hard to control the ball. We did get our reward after great build and a good assist fm Dave to Azz to make it 3-1. Credit to ERS who kept trying until the final whistle. In the end it was an important win as with three games to go we are still 3 points ahead of Century Park and we have one game in hand !

The beers afterwards at the Kerry Hotel tasted very good and that was a good preparation for our next game against old rival the Marlins ! Let’s support the Lions and all come and watch our last games of the season !

On Saturday we will play our last game of the season against the Shooters the Hebiguchi Cup final to make it trophy number 3 ! 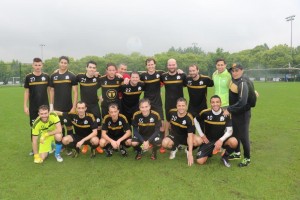 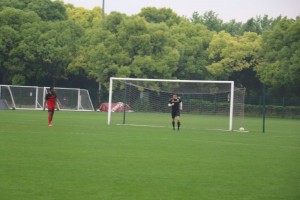 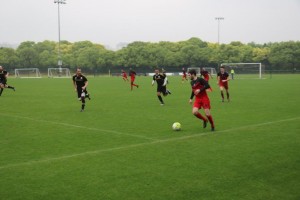 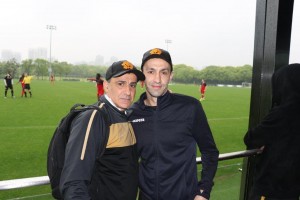 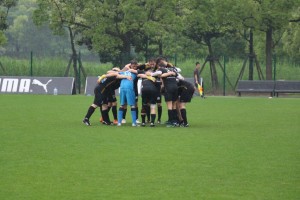 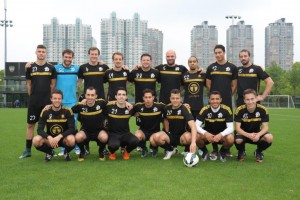