Mixed ressults for the Lions this weekend

On Saturday we faced the DIB for the third time this year for the quarter final of the SIFL Cup. Whenever we play them we know it will be a very close game and we need to be 100 pct focused to get a result. It was good to see Max our goal keeper back in Shanghai and early in the game he made sure we kept a clean sheet. We got some good opportunities on the breaks and Charles came closest when his volley hit the woodwork. Nil-nil at half time and in the second half we took more possession and started to play better football. The reward came 15 minutes before the end by an excellent goal started on the left by Azzeddine who found Benji and he decided to take three DIB players on at once and crossed the ball in and out of nowhere came Francois our right back to slot home the 1-0. Straight after we got a great opportunity to make it 2-0 by a header of Azzeddine. The way the game developed we knew it will not be easy for DIB to score but as it goes in football things can change. An unfortunate drop of the ball by Max our goalie landed straight in the feet of Didier who score from close range, 1-1. Moments later a deflected cross fell again straight in the feet of the DIB striker and the game was upside down. This time there was no turn around in the game. Losing is part of the game and it will make us stronger.  It was good to see all Lions staying back for a beer and some fun with our New Dutch player who gave a live performance at WGQ!

Next up are the Azzurri and obvious that is  a massive league game for us !

On Sunday we faced the Bulls who for the occasion had a few Azzurri players on loan. The Bulls won their last 8 games and we knew it wouldn’t be a walk over. After two minutes they scored ! Call it a wake up call ! After that we started to play some good football and were very dangerous on the counter attacks. Twice Matthieu scored with a header and we could haves score a few more goals. In the second half stand in goalie Francois saved us twice as the Bulls got a clear scoring opportunity!

After Big John showed us in the first half how not to take a free kick and Yosh followed on this it was out of all people Simon who scored from a free kick. Soon after it was Dave’s turn and he smashed the ball in the top corner! 4-1 a good result and a good lions performance! Next up are the Galacticos and of course we need to continue our unbeaten run.

In the pooring rain we had a special training session by Azzeddine for our young Lions and a turn out of 13 boys was good given that some couldn’t make due to tournament commitments. The boys had fun and learned a lot. This is a good example of the strength of the Lions as all the training we organize are done by the best people we have in our own club. Great way to end the weekend !

We expect everybody to come to the training on Wednesday and we all look forward to the weekend already ! 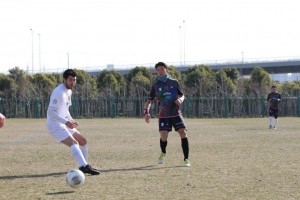 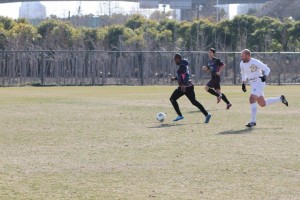 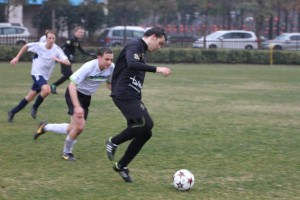 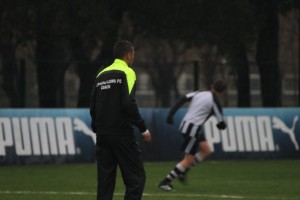 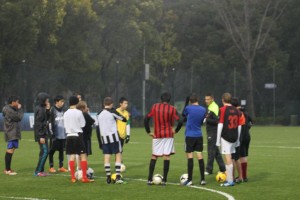