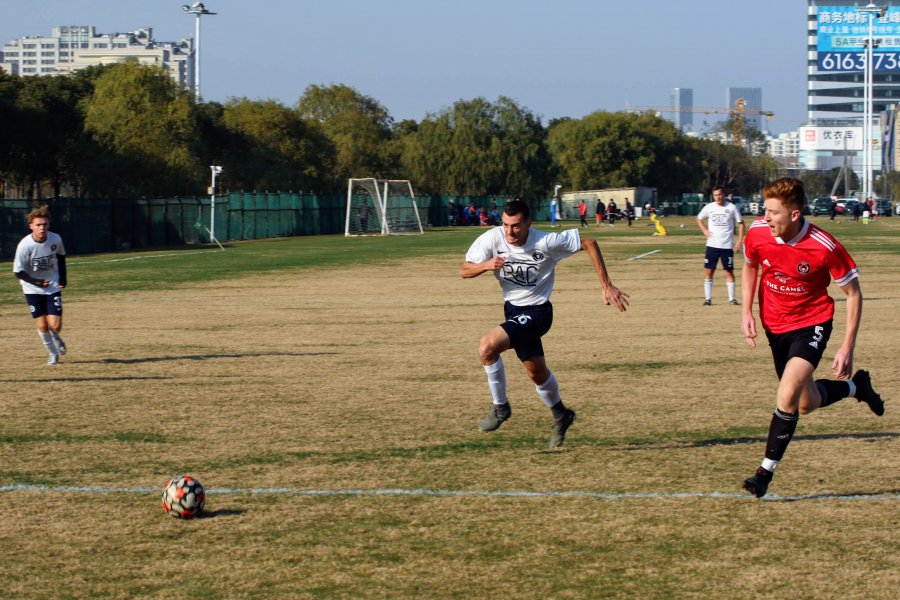 Last Saturday, our senior team was up against the Voodoo RC. The game was important for us as depsites playing pretty well; we’re still running low on points and victories. So we kind of knew beforehand what’s the game vs. Voodoo RC would eventually be… Yelling on opponents and the referee, kick and rush, making fouls but still yelling. We got served!

This being said, we all agreed before the match that the way to approach this kind of physical opponent was to match them in strength, character and being equally physical… but we didn’t do it!

This is where it went wrong in the 1st half… We looked afraid and many of our players preferred to play safe balls back or sideways instead of taking on them. Yes, they did foul our goalkeeper Tim 3 times on corners but what was our response to that? Nothing! Worst… When we got corners ourselves, we didn’t have any of our players doing the same. Why is that considering the referee wouldn’t do anything?

About the referee… What a joke as well! It’s becoming a league problem when the referee is doing 4 games in a row… How can he be sharp and focus? This Saturday, this referee screw us for the 3rd time already this season whishling another imaginary penalty.

Pat’s outburst at half time was justified and the 2nd half proved that he was right being upset. Yes, we took back control of the match playing football and leveling-up on the strenght. Voodoo didn’t got much in 2nd half seating-up on their “underseved penalty” while we got 2 clear scoring opportunities on our side:

On the positive side, our subs (Cyril, Hon, Romain & Ryan) got a positive impact on the team after coming in. Unfortunatly, not enough as the Voodoo still bagged the 3 points. A very frustrating game as we all know now that Voodoo never came to play football…

We hope everyone will remenber this game and put the right attitude from the start next time we face them.