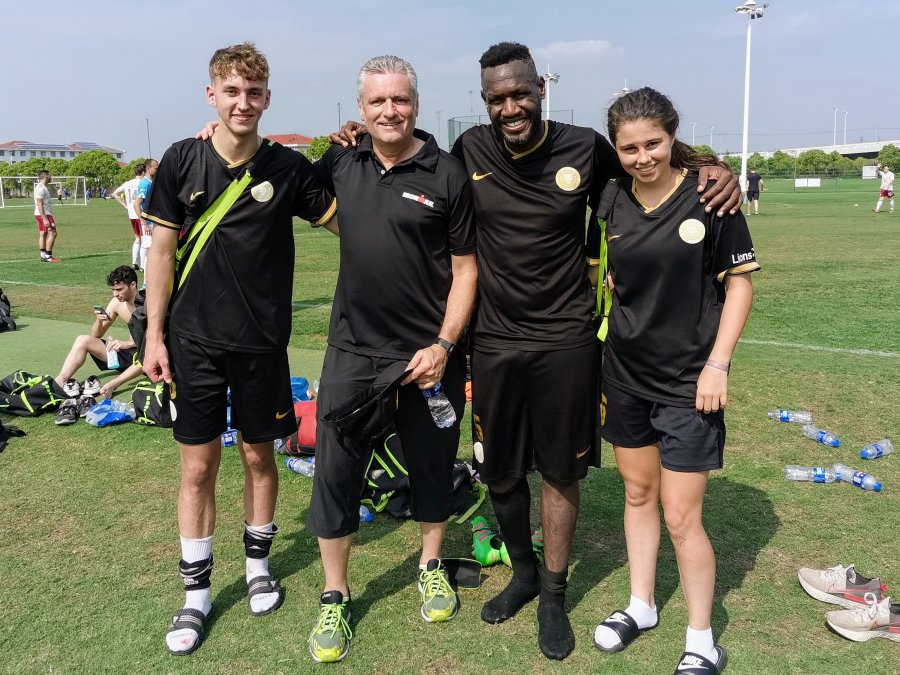 Senior team settle for a draw in sizzling heat 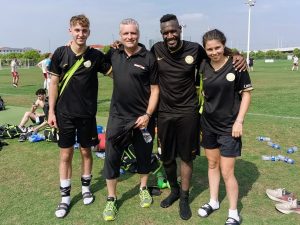 Saturday was extreme and for sure the sizzling heat will have broken a couple of records… Global warming? Our phones were displaying 35 degrees on the kick-off for our 13:00 match. Water, water, and more water was the remedy. We were happy to have Juliano back in the goal as for once we had an afternoon kick-off. With his experience, he always helps our defenders and gives our young players confidence. We were up against ReU18, a team that beat us in our previous encounter. Our most experienced senior players knew it was not going to be an easy afternoon.

We did well in the first 25 minutes by keeping our defense solid and we tried to create opportunities through our midfield for our two strikers Pim and Tomas. ReU18 tried to play mainly from the wings with their fast wingers hoping that our defenders would get tired but we got the best chance of the match when after a corner Pat headed the ball back to Masa-san who saw his header hit the post… It could have been a game-changer… only if.

Within 15 minutes before half-time, the players got a water break. It didn’t work out well for us as when we re-entered the field, we lost our focus and immediately conceded a goal… In substance, Pat had the ball in the midfield, expected more movements around him but got pressed… ReU18 forward went on a run avoiding two tackles but not Romain’s one into the box… penalty! Juliano did come close to save it but it went in.

We had a couple of players on the bench with fresh legs and within 10 minutes to go, we asked Lorenzo to come in. He proved to be the golden sub as within a minute he outplayed his opponent and made a perfect assist to Cyril who didn’t hesitate to score the equalizer. 1-1!

The second half became a fitness battle. Although they had several shots, most of them were not on target and we also got chances with Masa-san especially. After all the hard work in the heat, the draw was acceptable for both teams.

After the game, we took a final team picture with Julia and Philipp who had their farewell game before their future College lives in the US. We wish them all the success in the next step of their lives and will always appreciate their contribution to the Lions Family. Special mention also for Pim… Our dutch player who had to move to Zhejiang last summer and couldn’t play with us anymore. He drove 2hours up and down to Waigaoqiao to play with us in this sizzling heat. Pim, you are already a Lions Legend!