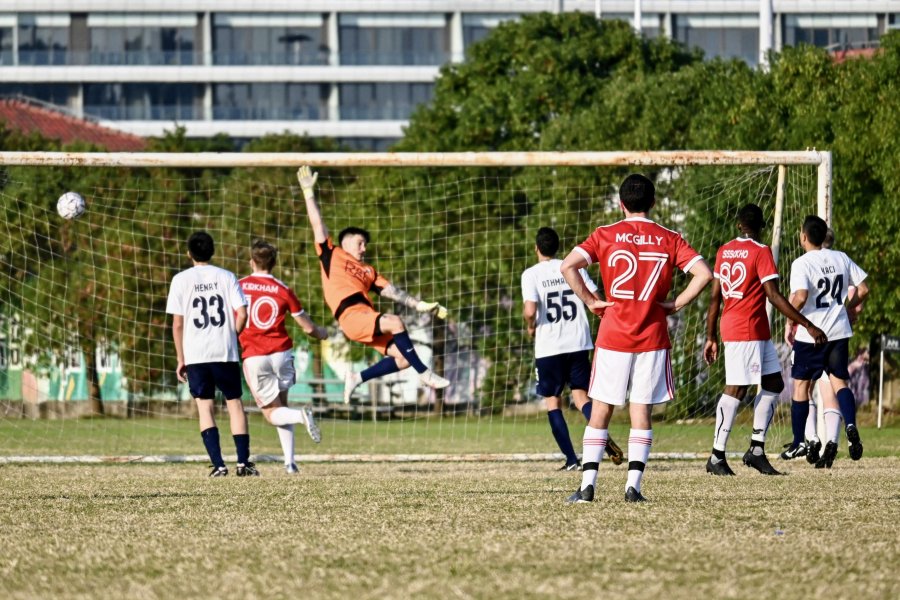 The weather was hot for the time of the year as it was close to 25 degrees last Saturday and we were up against our old rival the Shooters. Those are the big games everyone likes to play where any small details make you win or lose.

Before the kick-off, we already ran into some problems as a couple of players were arriving late… This against a team like Shooters is deadly as they were ready from the first kick of the game and we were not. We warned our players against their corners and free-kicks as well to pay attention to their long balls.

When the game started within a minute we gave them a corner and soon after that, they got a free kick on the side of the box. Luckily for us, there was no damage done but we struggled with their direct play and quick anticipation running into our defenders. We did sit back on purpose in the first 20 minutes to keep the scoreline even, Unfortunately, their left winger got a ball that he crosses in right away in the box. Instead of just tipping it in, the Shooters striker opted to blast the ball into Patrick’s face… the ball still went in 🙁

With 1-0 down, we started to play better and had more possession and a big chance was there for Peter who thought he could lob the Shooters keeper but his effort went just wide of the post. In the last 10 minutes of the first half we started to play our game with lots of passes and possession but without real scoring opportunities.

After the halftime talk, we knew we were still in and we took more and more control of the game. Now, it was the Shooters sitting back waiting for a chance to counter. With spells of 8-10 passes in a row, our confidence was growing. We had 3 clear goals scoring opportunities after very good build-up play. Peter saw his half shot half cross just wide of the post and Masa-san had the best chance to score. While being free to score, his ball went over.

The shooters were trying to score on the break but our defense deserves a compliment as they defended well putting them offside many times. Tim as well had a great save which kept us in the match until the last minute. We did get a last-minute free-kick at a decent spot but Pat’s effort was saved by the Shooter’s goalie.

Overall we were disappointed not to get anything out of our dominance in the 2nd half but we could only blame ourselves for not preparing well before the game due to players’ late arrival. Guys, let’s remember that small details make a difference and we will get another chance against them soon.

Let’s focus 1st on our next game vs. Reunited. it’s a good team who mainly likes to play in counterattacks.