We had a small squad and even called up two veterans to help on the day ! After we won the title two weeks ago it’s not easy to be motivated and to take the game serious but for the Lions it doesn’t work like that. We are on an unbeaten run since December 2012 and this season in the SPL we won 19 games and drew only one ! Enough to motivated us and we gave it our best shot ! Gremio is great team and always our games against them are hard with a lot of goals. We got our opening goal after a fine cross of Patrick headed home by Dave. Soon after it should be 2-0 when Joel hit the post. Gremio equalized but the Lions stepped up the game. A shot by Fred seemed to be an easy pick up for the goalie but he stumbled and the ball went in. 2-1 at half time in the second half it was Patrick who scored yes he can score !! A power full shot from outside the box and soon after it was Fred who despite his age still have nose for goals scored his second. A nice miscommunication between Charly and Rommie lead to a Gremio goal 4-2. When freek went on the pitch suddenly the average age of the Lions shot up but it didn’t effect the play. Gremio was not strong in the defense and when a ball was not cleared properly it was the President himself who volleyed the ball from outside the box straight into the corner to set a new record for oldest Lion (50) to score in a league game. Now we needed to get Michael who played his last game for the Lions on the goal sheet and we tried by multiple corners but no luck this time ! They got one back but we kept it at a solid 5-3 win. Very good performance from all players and great Spirit on and off the pitch we hope Bard injury will be not too serious.

After the game it was time to say goodbye to Michael who had been with the Lions for 2.5 years. The debate was that he was just lucky to be with us during our most successful spell or that it was because of him we set these records ! Lets keep it in the middle but Michael was a great character and formed a famous unbeatable defense couple with Jack and we will miss him for sure !

One more game versus the Cowboys this Sunday to end this fantastic season lets finish in style ! 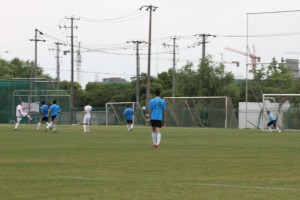 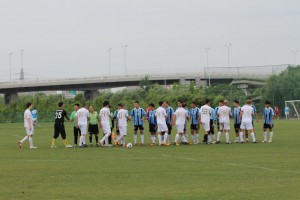 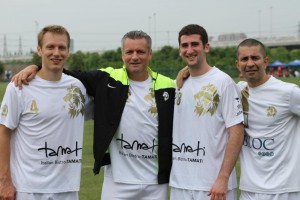 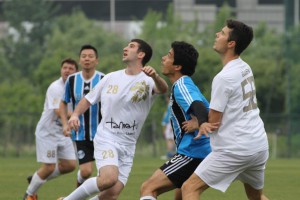 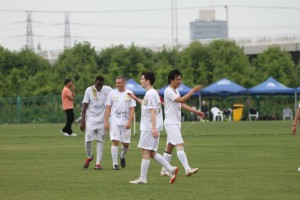 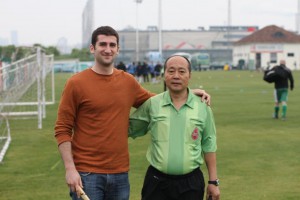 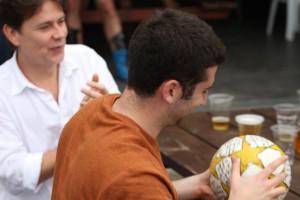 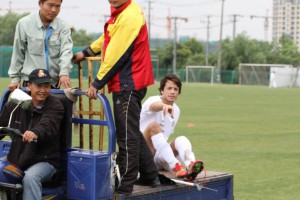