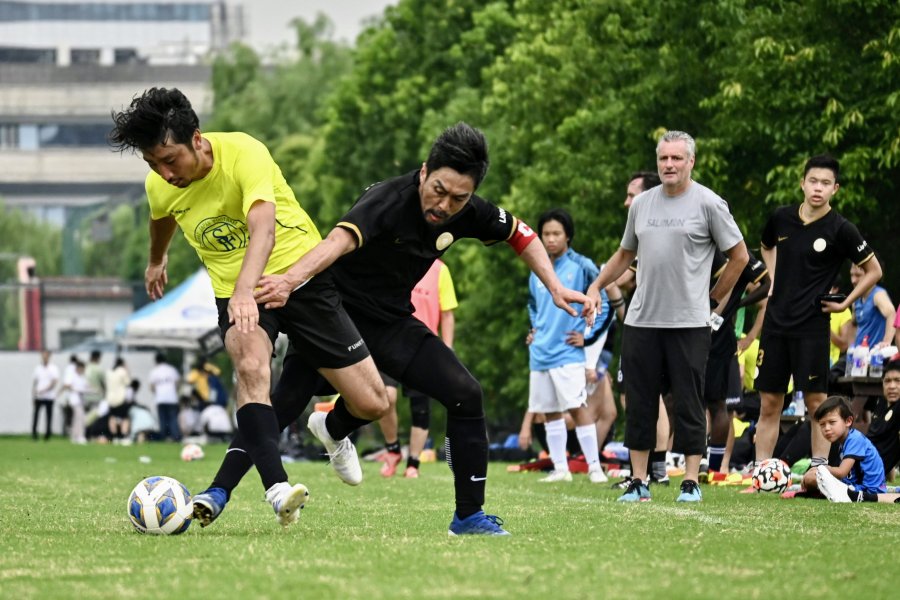 Last Sunday, we organized a few friendly games vs. Japan & Pures FC to work on our fitness before the start of the season. We had a good setup with 4 games of 25 minutes while the weather was hot and humid. For this mini-tournament, we had a large squad of 20 players with a good mix of youth and seniors. Also, a couple of players made their debut on the team.

Last week, we started back already our regular training sessions. This season, we have decided to play at the new excellent venue of L Sports Park in the new south bund area. Then, keep the slot in mind… Every Tuesday at L Sports Park from 19:30 to 21:30.

No need to say, right… Training is important and necessary for fitness but also to improve as a team. Then, we are looking forward to seeing you all this coming Tuesday.

PS: As usual, a big thank you to Cynthia who made great pictures.