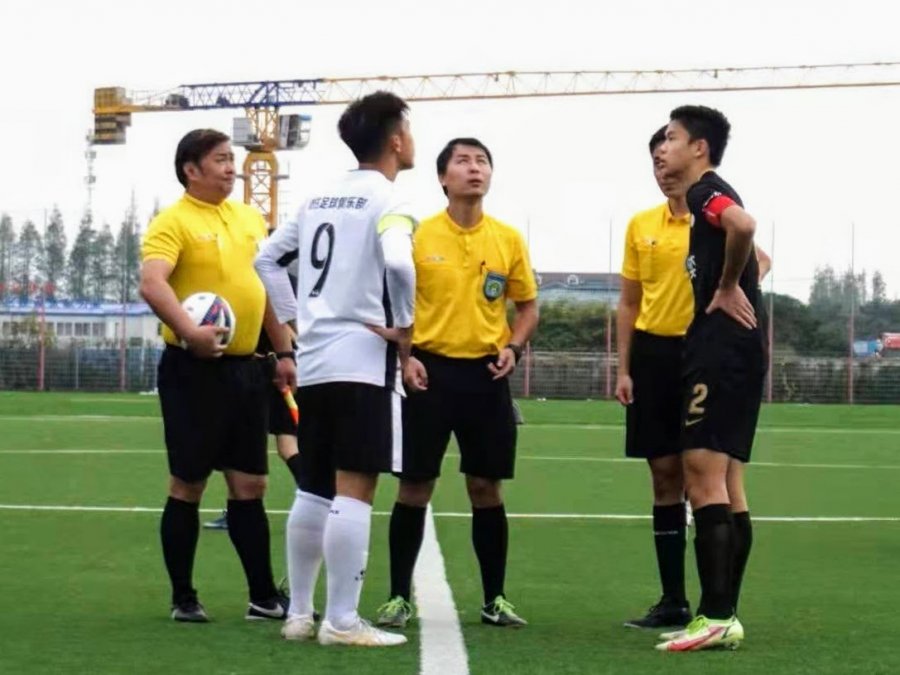 After our good team performance and play last week; we were motivated to finish with a win this first part of the U17 SYFCL league (under the Shanghai Football Association). For this game, we were up against the team Baoshan Jingda (宝山竞达) but unfortunately Hugo was suspended after receiving 3 yellow cards in the competition.

We had to make some changes in our midfield for the game… It gave Mido a start and an important role to play. Soon after the game started we knew that Baoshan Jingda’s striker was the man to watch as he demanded every ball and was shooting from any range. Luckily Kevin and Max stood up and took care of him in the early stages of the match.

We wanted to play good combination football and we took the lead by a great contender for the goal of the season! It started from the left where Henry crossed superb all the way on the right side where Ryan controlled the ball and passed it back to James our upcoming right back. James then had a superb cross to JP over the central defender who headed it past the goalie on the far left of the goal. As the header didn’t have a lot of speed JP reacted well to make sure the ball would go in and scored.

Baoshan Jingda was poor in defense as most of the time they would kick the ball out under any kind of pressure. However, they played on the counter and we had to stay focused and we needed Jay to make a good save to keep us in the lead. Two minutes before the end of the 1st half, we thought we scored after a free kick but somehow the lines man already raised his flag right after the free kick. One minute later with one minute to go; the ball was in our net when we were too weak in our midfield and our left defender couldn’t cover up. Their celebration of the goal was awful and disrespectful to say the least and their number 9 was happy to give us motivation to even things out in the second half.

In the first part of the second half, the game was not good to watch as both teams were rushing to get the lead. However as the game went on, we got the better chances and opportunities.

It was a piece of magic of JP that gave us our reward. While he was surrounded by 3 defenders, he kept his cool as he knew what he wanted to do and outplayed them and blasted the ball in the top left corner. Superbe goal and it lifted our spirits as justice was done.

Soon after we scored again with a good powerful strike of Ryan which left the goalie with no chance and we thought we got the win in the bag. However the referee thought it was time to help the local team when their No. 9 decided by himself there was a penalty on him. As the referee didn’t blow the whistle, he just brought the ball into the penalty spot… This proved to be effective as the referee finally blew the whistle! No comments!!!

Yes, Baoshan Jingda scored to make the score 3-2. Soon after, one of our player got fouled in their box… The referee wanted to blow the whistle for a penalty but somehow no sound came out of it. No comments again!!! In the last minutes all our players were focused to make sure we got the win and fighting all out to get what we deserved. Finally, the team got rewarded.

A superbe team performance! Especially when everything is against you… The win tastes even better!