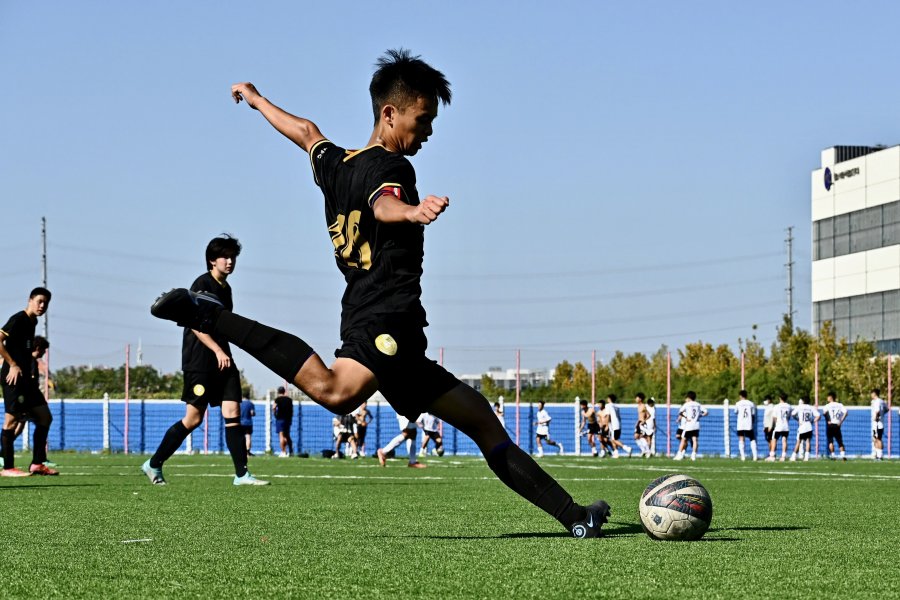 For our 3rd match in SYFCL, we were playing this time in our traditional black uniform. We did struggle to field enough players. Also, the “ridiculous” suspension of JP who has been one of our best players in the previous 2 matches was not helping either. So with 11 Lions, we had to do the job. Our opponent on its side came with 30 players including 7 goalkeepers!

Our game plan was to play compact and organize our defense first and sit back and wait for a counter opportunity. The match looked even at the beginning with both teams not causing major threats. However, by unnecessary mistakes, we gifted them 2 goals… Of course, that was a blow to the team.

Our heads were down for a while but we did find some space on our wings as their defenders stayed on their defensive line where our wingers dropped back and got space to move forward. Yes, we got a few shots on target but were caught out on their counter and it was 4-0 down at halftime.

At the break, we used the chance to tell the players that we have been too nice to our opponents and showed way too much respect. Pat also reminded everyone that “football is war”! Compared to the last match on Sunday, we were playing much better managing to make 3-4 passes in a row on many occasions. However, the 1st pass was the problem that impacted the confidence of our players.

Therefore, we changed the formation in the 2nd half to push forward and try and get some goals. 3 defenders in the back, 4 in the middle, and 3 upfront. It worked well as we had much more possession of the ball. Our backline also managed to put our opponents many times offside. Of course, our legs were getting tired and yes the opponent took their chances on the counter while we were pushing forward. In the end, they scored 3 more goals.

What stood out today was our never-give-up attitude which was impressive as in the last moments of the match… Ryan could have scored with a header from a corner. Yu Xuan on his side took a great free-kick but his effort landed on the crossbar.

For now, the SYFCL league is for us about learning and gaining experience. That’s the only way to stop the mistakes we are making! We have full confidence that we will get better week by week as today we did play much better than the previous 2 games.