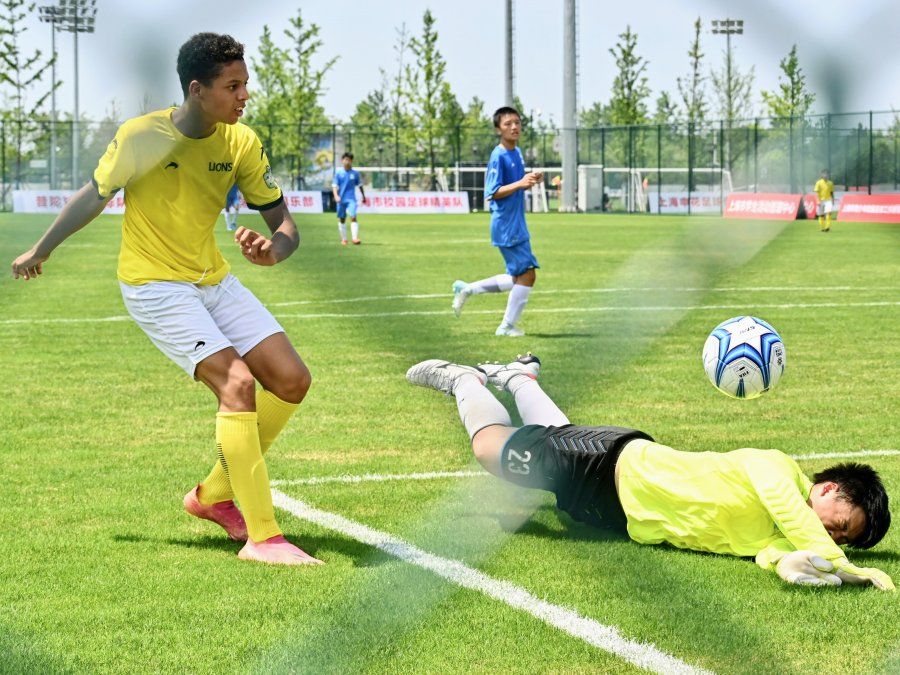 U17 won its last ranking game of the tournament

Today was our last match of the tournament. A ranking game on field 3 which was in perfect condition. We started the tournament with 17 players and along the way, we lost a few. For our last match, we only had 12 players available and to make it easier it was only 36 degrees.

Unfortunately, the parents were not allowed on the field and they had to watch from the side. We started well getting good combinations and possession. As a result, our opponent a local (soccer) school from Minghang couldn’t come into our half. We created several goal-scoring opportunities in the first part of the match but failed to finish. Finally, Seiwa scored the opening goal; his 2nd of the tournament.

All looked good but we gave a free-kick away at the edge of the box… They scored after the ball hit the crossbar. Soon after they had a long-range shot and again it flew into our goal. It was strange to concede 2 goals while our opponent barely came into our box… Anyway, we kept our composure and looked for the equalizer which came by Daniel. It was 2-2 at halftime and 45 minutes to go for us to end the tournament well with a win.

In the second half, it was a one-way match… Minghang didn’t come over the middle line anymore but they managed to put our players offside on numerous occasions. Plenty of opportunities for us to score and their keeper did get a few good saves. But with goals from Aaron and Daniel, we ended our last ranking game of the tournament with a 4-2 win.

Well done Lions! We have delivered a solid game with a good spirit… And this, under 36 degrees!